News
Business
Movies
Sports
Cricket
Get Ahead
Money Tips
Shopping
Sign in  |  Create a Rediffmail account
Rediff.com  » Sports » 'I don't know what will happen when I see Messi'

'I don't know what will happen when I see Messi' 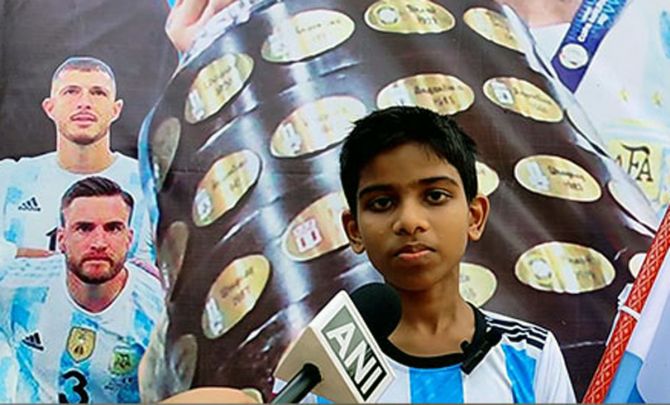 IMAGE: Kunju Nibras, a Class 8 student from Thrikaripur, Kerala, has been gifted a trip to Qatar to watch the FIFA World Cup. Photograph: Mark Thompson/Getty Images

Kunju Nibras, whose tears when Argentina lost to Saudi Arabia went viral, is getting the chance of a lifetime.

Kunju, a Class 8 student from Thrikaripur in Kerala's Kasargod district, has been gifted a trip to Qatar to watch the FIFA World Cup.

The schoolboy could also get a chance to meet his hero Lionel Messi!

Kunju was unconsolable after Argentina went down to Saudi Arabia in their opening World Cup match and his comment 'There is still a game left, it is not over' went viral on social media.

Kunju's trip to Qatar has been sponsored by a travel agency in Payyannur in neighbouring Kannur district.

"I am very happy. I don't know what will happen when I see Messi," Kunju told ANI. "I am fully excited. Argentina played by learning from mistakes. So all the next games will be super." 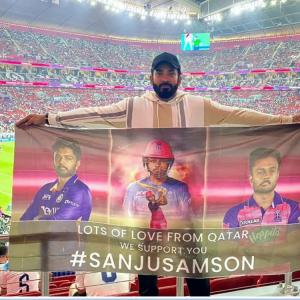 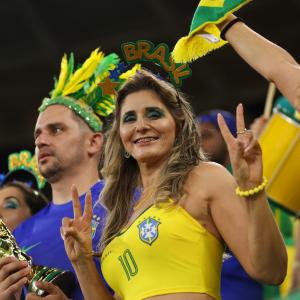