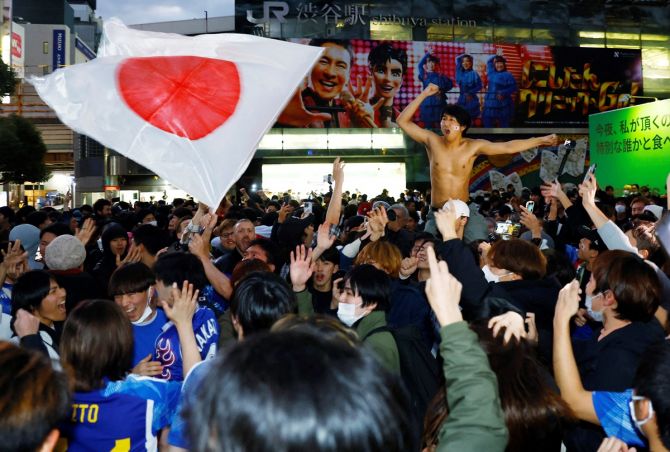 IMAGE: Japan fans celebrate outside the stadium after the match as Japan qualify for the knockout stages. Photograph: Issei Kato/Reuters

Japan erupted in cheers and tears after the national team's 2-1 win over Spain early on Friday, with crowds packing public viewing areas in the pre-dawn cold shrieking with joy as they stunned another global football power at the World Cup.

Japan, who had also shocked Germany in their opener in Qatar, finished top of Group E to reach the last 16, a stage where they have faltered three times before. 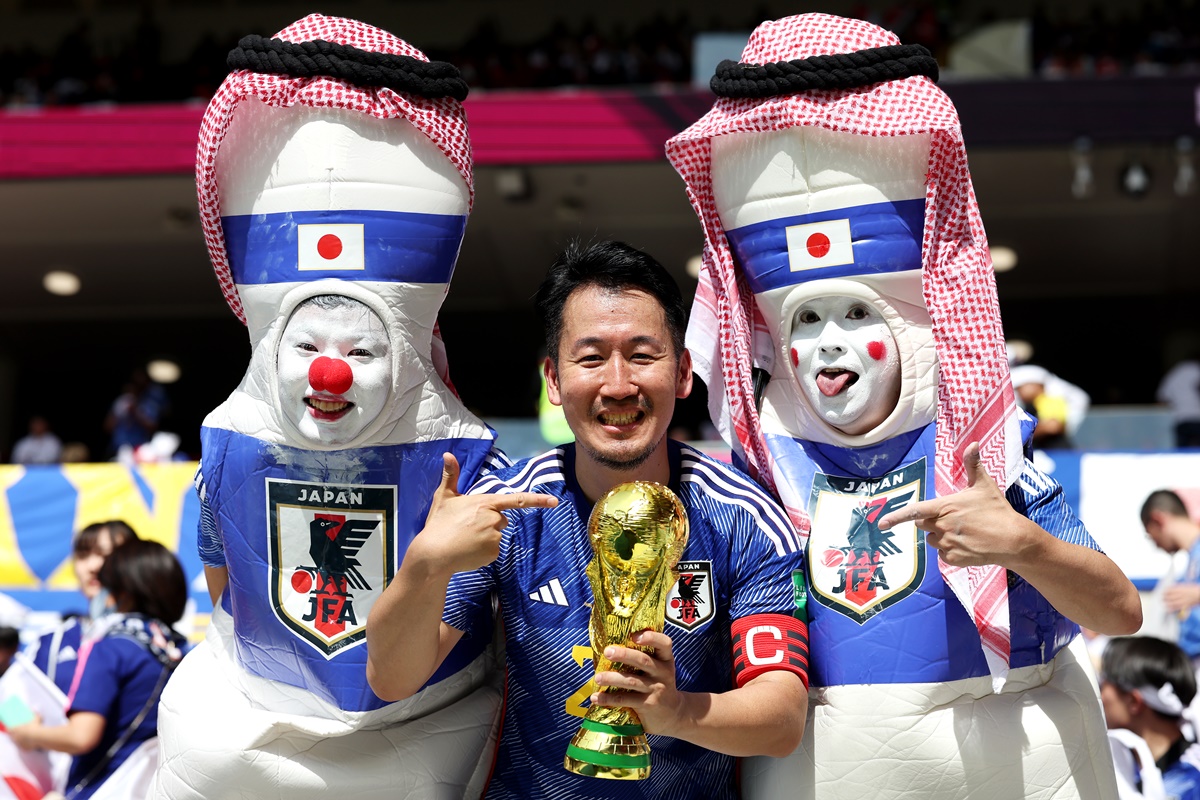 IMAGE: Japan fans celebrate outside the stadium after the match as Japan qualify for the knockout stages. Photograph: Lars Baron/Getty Images

They will play 2018 runners-up Croatia for a place in the quarter-finals.

"Doha Delights Again!" one newspaper headlined its online edition, evoking memories of what the media called the "Miracle in Doha" after Japan's win over the Germans. 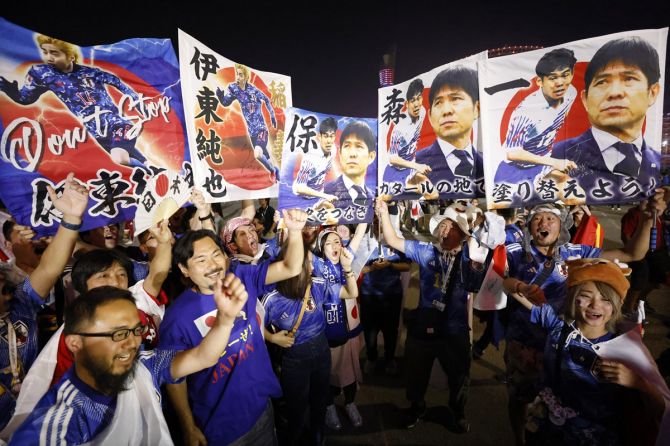 Fans chanting "Nippon" poured into Tokyo's iconic Shibuya crossing before sunrise, jumping up and down and shouting "Fight, fight, fight!" as police struggled to control the crowd.

Takuya Kudo, 23, was in tears as soon as he saw Japan win.

"I'm just so happy," he said. "Honestly, I never thought Japan would do this well. I'm just really thrilled."

Fans lingering in Shibuya pressed high-fives on bleary commuters making their way to work from one of Tokyo's busiest stations. 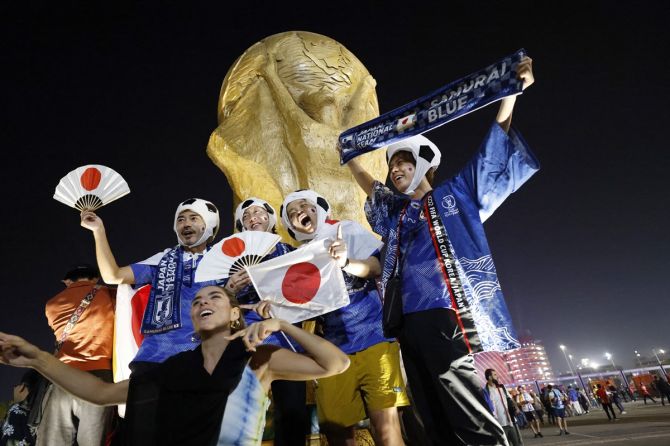 Social media exploded with joy, exulting "Samurai Blue!" and "Came from behind to win!," with some fans posting manga-style drawings of a cheering player in a team uniform.

Another posted a cartoon of three dragons draped in national flags. The Japanese dragon was roaring while the Spanish dragon eyed Germany, which looked befuddled.

"I told them they gave the Japanese people courage and energy," Kishida said on Twitter. "We are looking forward to the last 16. Fight on, Japan!" 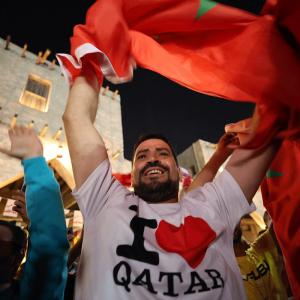