Goncalo Ramos: All you need to know about Portugal's hat-trick hero 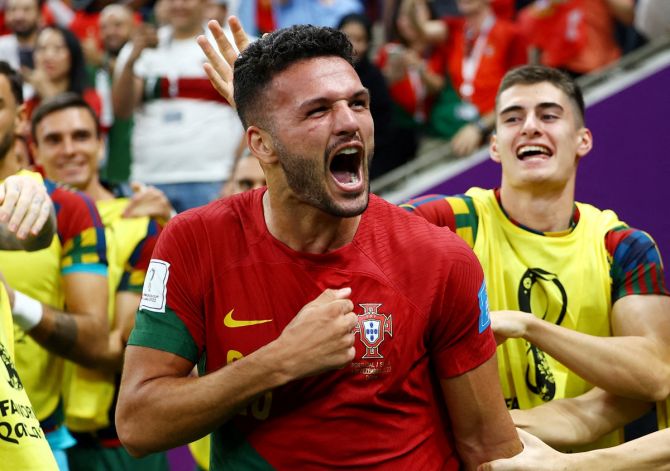 IMAGE: Portugal's Goncalo Ramos earned a surprise start when coach Santos opted to leave Cristiano Ronaldo on the bench and take a risk with the youngster. Photograph: Kai Pfaffenbach/Reuters

Few fans had heard of Goncalo Ramos before Portugal's 6-1 demolition of Switzerland on Tuesday took them into the World Cup quarter-finals but after a hat-trick and an assist the striker made sure they will never forget him.

In a brave and bold move that turned out to be a coaching masterstroke, Fernando Santos left five-time Ballon D'Or winner Cristiano Ronaldo on the bench and gave the 21-year-old, nicknamed 'the Sorcerer', his first start, and the forward instantly lived up to his moniker.

Ramos could not have hoped for a more magical night in Qatar, having made his international debut only three days before the World Cup started.

But even in that game the Benfica youth product had issued a little-noticed warning, scoring once and setting up another goal in Portugal's 4-0 win over Nigeria in their last warm-up match on Nov. 17 that again did not include Ronaldo. 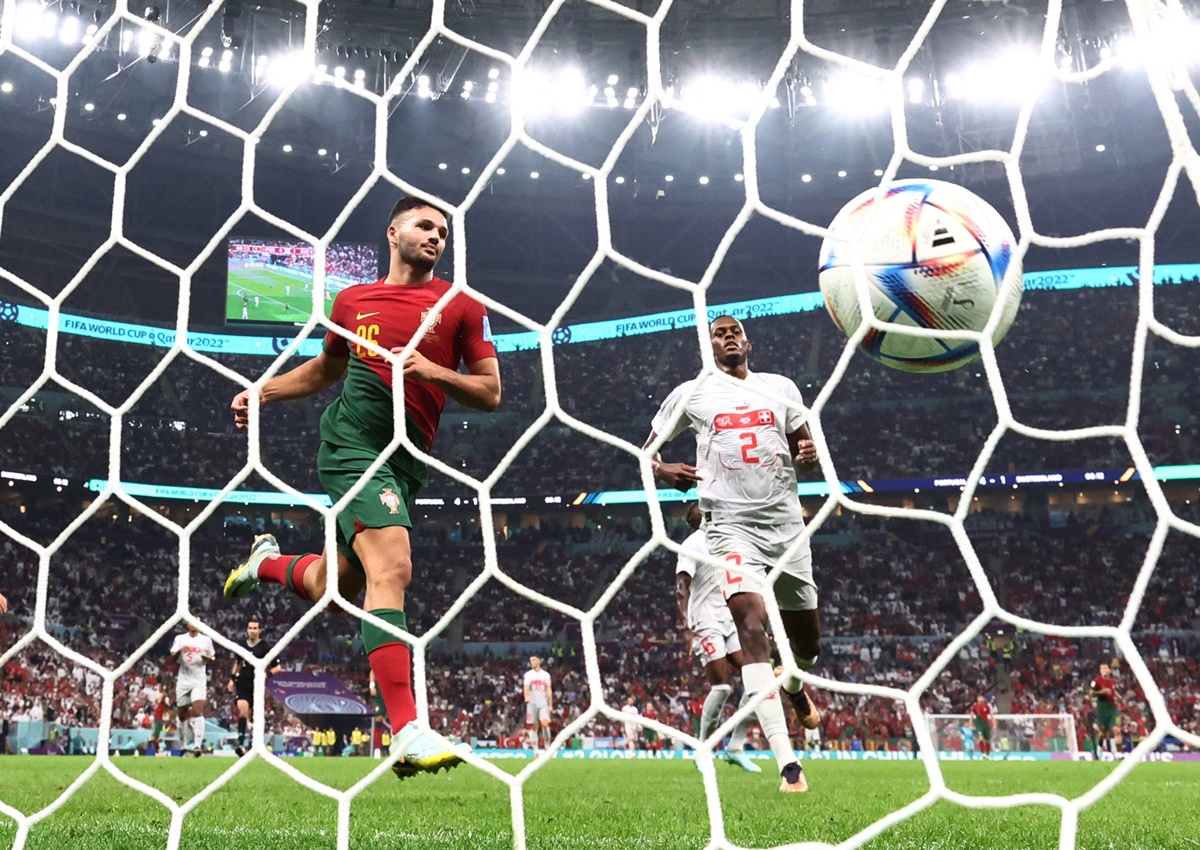 Ramos had only featured for 10 minutes in total in Portugal's World Cup group matches but earned a surprise start when Santos opted to leave the country's all-time top scorer Ronaldo on the bench and take a risk with the youngster.

The result was a far more fluid attack than in the previous games, with Joao Felix and Bruno Fernandes playing more freely than usual.

While for years every Portuguese attacking move was all but destined to end up with Ronaldo, now the frontline was far more unpredictable.

It was just such a creative through ball from Felix that found Ramos, who never blinked as he thundered the ball into the net from an extremely tight angle to leave goalkeeper Yann Sommer looking like a deer caught in headlights. 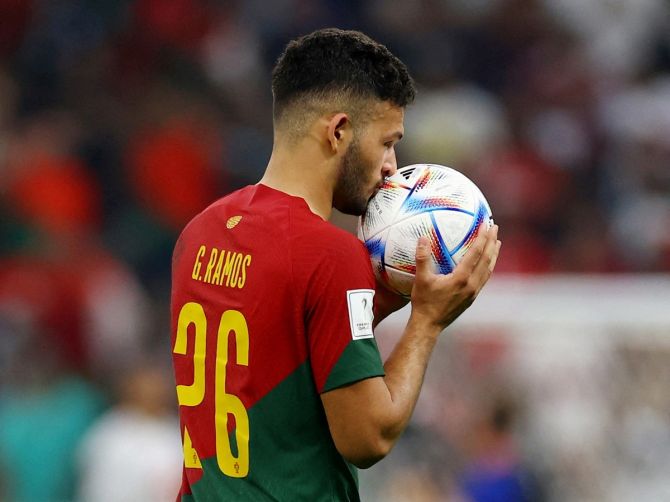 Another flick at the near post saw him grab his second goal and he completed his hat-trick with a well-timed run and chip over Sommer. In between he had time to deliver an assist for Raphael Guerreiro.

Ramos is neither the muscular package that is Ronaldo nor does he play as far forward as the Portugal captain.

With a silky touch and an acceleration that left Swiss defenders repeatedly scrambling, he was a constant threat.

While thousands of fans at Lusail stadium repeatedly chanted 'Ronaldo' 'Ronaldo', hoping to see the superstar in action, Ramos became the first player to score a hat-trick in his first World Cup start since Germany's Miroslav Klose 20 years ago.

Only when the game was already in the bag - setting up a last-eight clash with Morocco - did 37-year-old Ronaldo come on as a late substitute and earned the loudest cheers of the night.

But by then a new Portugal hero, no longer the sorcerer's apprentice, had stolen the show with a memorable performance. 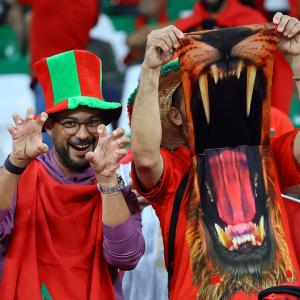 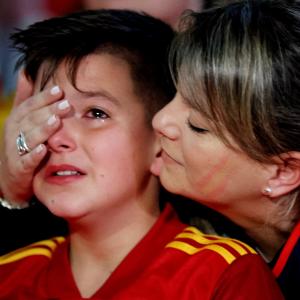