IMAGE: South Korea must beat the 2016 European champions - as they did at the 2002 World Cup on home soil - and hope that the result of the other final Group H match between Ghana and Uruguay goes their way too. Photograph: Hong-Ji/Reuters

South Korea let their emotions pour out when they lost a five-goal thriller to Ghana this week, but they can expect no sympathy on Friday from Portugal, who are determined to clinch top spot in their World Cup group.

South Korea must beat the 2016 European champions - as they did at the 2002 World Cup on home soil - and hope that the result of the other final Group H match between Ghana and Uruguay goes their way too.

Striker Son Heung-min was in tears after Monday's 3-2 loss to Ghana and coach Paulo Bento was shown a red card for arguing with the referee after he blew the final whistle with his team about to take a corner.

Bento will not be on the bench against Portugal.

Assistant coach Sergio Costa said South Korea would bounce back from their disappointment.

"We clearly deserved a win," Costa said. "Count on us for the next match."

South Korea have only one point after drawing their opening game against Uruguay and must beat Portugal to have any chance of progressing.

At the World Cup 20 years ago, South Korea beat a 10-man Portugal - whose team included Bento - in their final group game. The result meant Portugal did not qualify for the next round while the Koreans went on a run that took them to the semi-finals.

Portugal opened their campaign in Qatar with a 3-2 victory against Ghana before enjoying a more controlled 2-0 win over Uruguay on Monday.

But they are not assured of finishing top of their group, a position that would likely see them avoid Brazil in the last 16.

"First place isn't guaranteed," coach Fernando Santos said on Monday. "We will go for top spot, and not just because of Brazil."

Santos is likely to be forced into more changes to his starting 11 after left-back Nuno Mendes suffered an injury in the first half against Uruguay and was replaced by Raphael Guerreiro.

Centre half Danilo Pereira is sidelined with broken ribs so 39-year-old defender Pepe is likely to keep his place and be tasked with marking South Korean striker Cho Gue-sung, who scored twice in three minutes against Ghana.

Midfielder Otavio also missed the game against Uruguay due to injury.

Captain Cristiano Ronaldo will have a chance to equal the record of World Cup goals scored for Portugal held by Eusebio, who racked up nine goals in 1966 in England, the only tournament he played in.

Ronaldo has scored eight goals in his five World Cups and he claimed his ninth in the win over Uruguay on Monday, only for the goal to be awarded to team mate Bruno Fernandes. 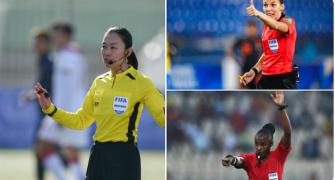 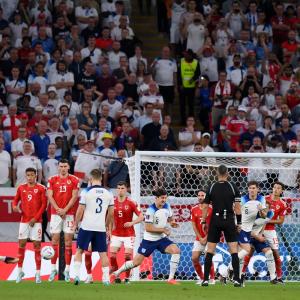 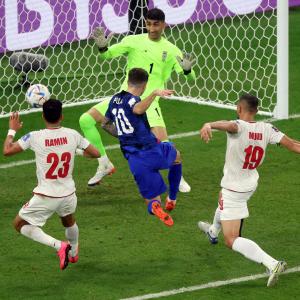