Lindsey Horan netted the tournament's fastest goal after three minutes and Jonna Andersson scored an own goal as the US beat the record for most goals (18) in the women's World Cup group stage.

Sweden, who were also qualified before kickoff, finished second in the group with six points and will face Canada for a place in the quarter-finals.

"It’s a good performance and we wanted to continue to build momentum," US coach Jill Ellis told a news conference.

"We have things to work on to make sure we’re sharper next game, and the players know that. It was a rival game and I thought the players showed a great mentality."

The US did not concede a goal in the group phase.

"It’s huge and a big part of what we’re trying to do both offensively and defensively. We talk about the idea of 360-degree defending where everyone is defending," said midfielder Tobin Heath.

The US made a fast start when Horan tapped in the opening goal from close range from Megan Rapinoe's corner.

That equalled Norway's record group-stage tally of 17 set in 1995 but despite Sweden's determined resistance, the mark seemed destined to be beaten at the Stade Oceane.

Five minutes into the second half, Heath's header took a deflection off Andersson as the U.S. doubled their lead.

The goal was confirmed after a VAR review which ruled that Heath was not offside.

Chile beat Thailand 2-0 to finish third in the group but were eliminated from the tournament. Thailand ended without a point.

Nchout sends Cameroon through with last kick of game

Cameroon qualified for the women's World Cup last 16 when Ajara Nchout earned them a 2-1 win over New Zealand with the last kick of their Group E match on Thursday.

Nchout, whose opener was cancelled out by Aurelle Awona's own goal 10 minutes from time, found the back of the net five minutes into stoppage time to put the African side on three points.

Cameroon go through as one of the four best third-placed teams while New Zealand were eliminated after three defeats.

The result means Argentina are also knocked out of the tournament.

The Netherlands topped the group with a maximum nine points after beating Canada, who ended with six points, 2-1 on Thursday.

"I know the girls inside out, we’ve spent 10 years together. I know their strengths and weaknesses. I talk to them here and there," Cameroon coach Alain Djeumfa told a news conference.

Nchout opened the scoring 12 minutes into the second half, netting with a left-foot shot after dribbling past Abby Erceg.

All their efforts appeared to have counted for nothing when Awona deflected Katie Bowen's cross into her own net, the scoreline then meaning both teams were eliminated.

New Zealand pushed hard as Cameroon looked increasingly shaky, but Nchout kept her cool deep into stoppage-time, beating Erin Nayler with a right-foot effort from inside the area.

The Netherlands' Anouk Dekker and Lineth Beerensteyn breached Canada's normally rock-solid defence with second-half goals to secure a 2-1 win that earned the Dutch top spot in Group E at the women's World Cup on Thursday.

Dekker and Beerensteyn scored either side of Christine Sinclair's goal to put the Netherlands on a maximum nine points with Canada, who had not conceded in their previous two games, second on six.

The Dutch will face Japan in the last 16 while Canada will take on either the United States or Sweden.

Both teams had qualified before kick-off and they will be joined in the knockouts by Cameroon, who finished with three points and advanced as one of the best third-placed teams thanks to a last-gasp 2-1 win over New Zealand.

"We played well as a team, adapted well, and the performance was great. In 2019, Canada had conceded just one goal before today," Netherlands coach Sarina Wiegman told a news conference.

"So to score two goals in one game is fantastic. Now I hope we’ll play well against Japan too. We played against them in the last 16 four years ago and know what they’re all about.

"They’re a very disciplined team and we expect the same again. But the Dutch team has made great strides since then."

Canada coach Kenneth Heiner-Moller remained optimistic for the rest of the tournament.

"We were a bit tighter in the second half but they took advantage well of the gaps we did leave," he said.

"But we won’t mind playing anyone in this tournament. If we play to our best, we can beat anyone."

The Oranje dominated but failed to break the deadlock in a tightly-contested first half against a side who had conceded only one goal in their last 10 matches.

But Dekker rose higher than everyone to head home an inswinging free kick in the 54th minute.

Canada reacted swiftly through Sinclair, who equalised with a cool finish from Ashley Lawrence's pass on the hour.

The Dutch, however, had more firepower and it told 15 minutes from time as substitute Beerensteyn latched on to Desiree van Lunteren's cross with her first touch to score the tournament's 100th goal.

Chile beat Thailand but both eliminated from World Cup

Chile were eliminated from the women's World Cup after missing a late penalty that would have sent them through in a 2-0 win over Thailand on Thursday.

Francisca Lara's 86th-minute spot kick-rattled the bar as Chile finished third in Group F but short by one goal of advancing into the knockout stage.

Yanara Aedo's strike bounced off the post and into the feet of keeper Waraporn Boosing as Chile scored their first women's World Cup goal, Maria Jose Urrutia doubling the lead in the second half but the South Americans came up just short.

The US beat Sweden 2-0 to top the group and Thailand, who conceded 13 goals in their opening game against the defending champion Americans with a different keeper, finished without a point.

"I do feel proud of the effort the players were able to make in this match and up until now," Chile coach Jose Letelier told a news conference.

"Football does create this type of situation whereby from one moment to another you just go through all types of emotions; from the peak of happiness to the depths of despair, that's what it's all about.

"We're totally at peace with all that we did and all of the players that have taken part in the process thus far."

© Copyright 2022 Reuters Limited. All rights reserved. Republication or redistribution of Reuters content, including by framing or similar means, is expressly prohibited without the prior written consent of Reuters. Reuters shall not be liable for any errors or delays in the content, or for any actions taken in reliance thereon.
Related News: Canada, Cameroon, Lineth Beerensteyn, Stade Oceane, Sweden
COMMENT
Print this article 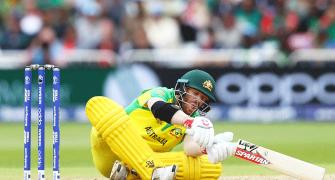 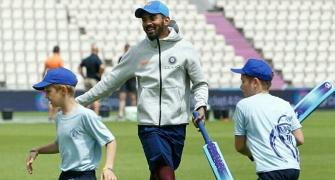 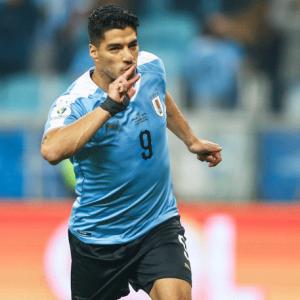