Guatemala have been warned they could be suspended by FIFA after three internationals, including two of the country's most-capped players, had life bans for match-fixing overturned.

World soccer's ruling body said it had written to the Guatemalan football federation warning last week's decision by the Court of Honour of the Autonomous Sports Confederation of Guatemala (CDAG) constituted third-party interference in a sporting matter. 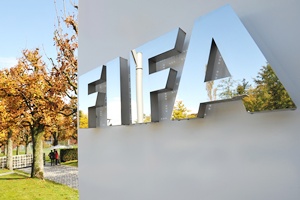 "In the letter FIFA stresses the fact the fight against match-fixing is one of the crucial challenges that global sport faces today and that the Guatemala FA had been praised for the firm action taken in 2012 to eradicate match-fixing in the country," said the governing body in a statement.

"Furthermore FIFA notes the three sanctioned players had the possibility to follow an adequate process at the sporting jurisdictional level.

"(FIFA) considers the decision apparently taken by CDAG constitutes a clear violation of the FIFA statutes with regards to the independence of the member associations and the non-interference of third parties."

Guillermo Ramirez, Yony Wilson and Gustavo Cabrera were suspended for life by the Guatemalan federation in September. Those bans were later extended worldwide by FIFA.

The three games the players were accused of being involved in fixing included one club match - the CONCACAF Champions League game between Santos Laguna and Guatemalan club CSD Municipal which the Mexicans won 6-1 in October 2010.

The players were also found to have been involved in fixing Guatemala's 3-2 friendly defeat by Costa Rica in May 2012 and last June's 2-0 friendly reverse against Venezuela.

The case was reported by other players to coach Ever Almeida who took it to the Guatemalan federation.

Ramirez and Cabrera are among the nation's most capped players, having taken part in four World Cup qualifying competitions.

"FIFA has asked the Guatemala FA to take the relevant measures to preserve its independence and solve this issue and to inform football's world governing body by March 18 about those measures," FIFA added.

"If this is not done FIFA will have no choice but to present this matter to the relevant bodies within the organisation in order to take the appropriate measures which could include a suspension of the association.

"The commitment of all stakeholders, including not only the sports organisations, but also the police, governments and judicial bodies worldwide, is required in order to win the battle against match-fixing.

"Without a coordinated approach from all stakeholders it will not be possible to succeed in this fight," added FIFA.

Guatemalan officials said on Thursday they intended to meet FIFA to try to resolve the issue.

"We will hold a meeting with the executive committee and with the federation's legal unit," federation president Bryan Jimenez said without specifying a date. "It's really worrying and sad this dreadful news is seen all over the world.

"It's really tough news the court doesn't respect the decisions we have made. The court is revoking a sanction I don't think they have the authority to revoke.

"We could be banned from all international competitions," said Jimenez.

Central America is seen as especially vulnerable to match-fixing as many clubs struggle financially, playing conditions are poor, salaries low and players sometimes do not get paid on time.