A two-member FIFA team visited the refurbished Cooperage football ground in Mumbai on Sunday to have a look at its artificial playing surface and other amenities as part of their inspection of eight venues short-listed to host the Under-17 World Cup in 2017. 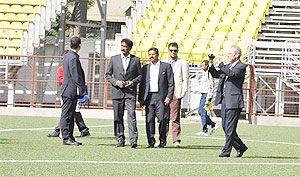 "This ground is very good. But we (FIFA) will need some time to finalise the venues," Alvarez said.

"We had a look at two other centres, one which was a proper football stadium, in Maharashtra (Pune and Nerul, in Navi Mumbai) and both were very good. Each venue is different and the ones with the best balance will be approved for the World Cup," Alvarez further stated.

The team had also visited the Balewadi stadium in Pune and Dr. D.Y. Patil stadium in Navi Mumbai.

Alvarez, however, said they are currently not in a position to say which city could be chosen to host the matches.

"At the moment we are in an evolution process. We will be going back and forth and submitting are reports. So I can't say anything right now," he stated.

The duo, who returned to Mumbai on Sunday after inspecting the facilities in Goa, was shown around the ground by WIFA (Western Indian Football Association) CEO, Henry Menezes and WIFA secretary, Souter Vaz.

For any venue to be selected it will have to fulfill the criteria according to the laws of the game. The field must be of approximately 105 m in length and width 68 m. Besides they should also meet all other amenities including proper training pitches.

The team also went to the University Sport Pavilion, Marine Lines and the Bombay Gymkhana, which could be utilised as the training venues.

Menezes informed that WIFA has received full support from the state government to host the mega-event.

"The state government has granted us all the necessary sanctions and clearances, including security arrangements for hosting the World Cup," he said.

The delegation will next travel to Bangalore and later visit Guwahati, Kolkata and New Delhi.

Image: Inaki Alvarez (right) member of the FIFA delegation at the pitch inspection at Cooperage ground in Mumbai on Sunday 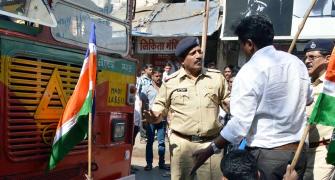 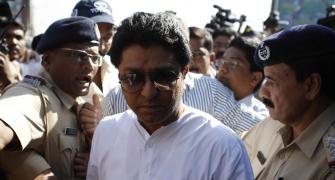 Raj Thackeray released; intention was not to trouble anyone, he says Kochhar, 4 others get reprieve in sexual harassment case 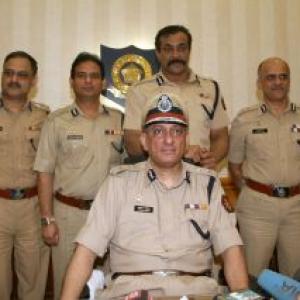