PIX: Not Messi, not Ronaldo but own goals making difference at World Cup

Own goals have become a trend at the World Cup this year.

The 2018 FIFA World Cup is not even a week old and we’ve had 5 own goals scored in the tournament already!

The 2014 edition in Brazil had four own goals overall.

With another 47 matches still to go in the competition, breaking the own goal record of 6 self goals, set in France 1998, looks every bit a possibility.

Rediff.com takes you back to the five own goals scored at the ongoing FIFA World Cup… 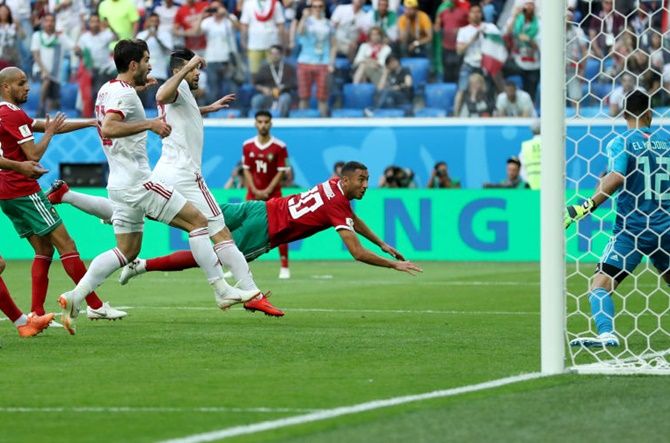 A stoppage-time own goal from substitute Aziz Bouhaddouz gave Iran a dramatic 1-0 win over Morocco in their World Cup Group B opener on Friday, June 15.

Iran left back Ehsan Hajsafi whipped in a free kick five minutes into added time and Bouhaddouz launched himself at the ball, flashing a header past his own keeper Munir Mohamedi. After France were put ahead by Antoine Griezmann, who converted a penalty, Australia drew level after captain Mile Jedinak found the net.

But it eventually came down to a self goal from Aziz Behich that eventually made the difference.

Pogba scored in the 81st minute after making a superb run, Pogba's shot looping off the shin of Australia’s Aziz Behich, hitting the crossbar and bouncing down inside the goal before coming back out. Uruguayan referee Andres Cunha checked the goal-line monitor on his watch and awarded the goal to France. 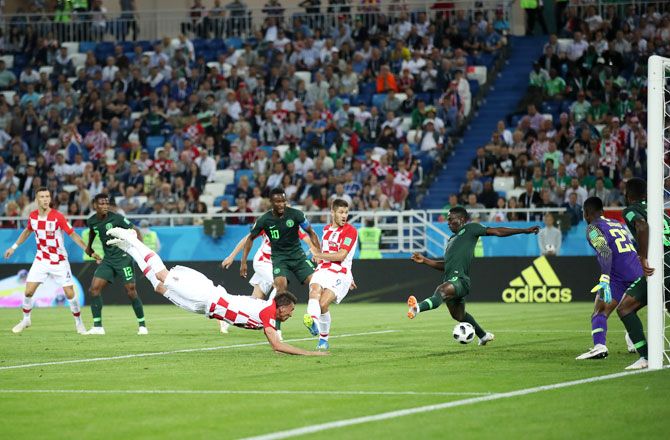 The third own goal of the tournament came off the boot of Nigeria’s Oghenekaro Etebo giving Croatia the lead in an intense Group D match on June 16.

The goal – the first of the match -- came just after the half-hour mark when a Croatian corner from the right was headed across the box and on to striker Mario Mandzukic, whose diving header found its way into the net off Etebo’s foot.

Nigeria eventually lost 2-0 after Luka Modric scored from the spot. It was a match that was filled with erroneous passes from both sides and the game lacked any sort of rhythm.

But it was Senegal that grabbed the lead and in a fortuitous way.

Poland defender Thiago Cionek stuck out a leg and deflected Idrissa Gueye's wayward shot into the net in the 37th minute before goalkeeper Wojciech Szczesny rushed unnecessarily out of his area and allowed M'Baye Niang to nip in and score into an empty net on the hour.

Niang won a challenge with Lukasz Piszczek, burst down the left and found Mane who in turn slipped the ball to Gueye.

The midfielder's shot appeared to be going wide until the hapless Cionek stuck out a leg and deflected it past keeper Szczesny. Another own goal assistance to open the scoring and this time it was Russia who were the beneficiaries and Egypt's Ahmed Fathi booting the ball in.

After a tight first half Russia's breakthrough came just two minutes after the restart.

Aleksandr Golovin's cross was punched out by Egyptian keeper Mohamed El-Shenawy, only as far as Roman Zobnin whose low drive was heading wide until Ahmed Fathi's outstretched leg turned the ball into his own net. 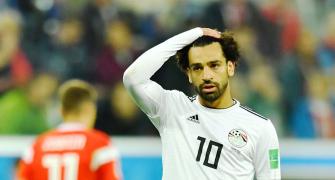 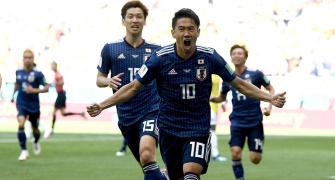 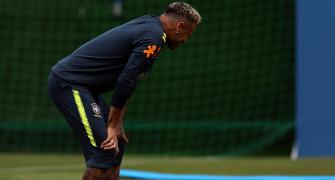 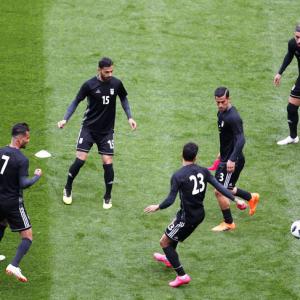 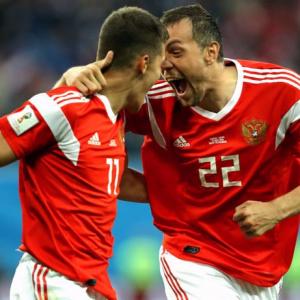 PICS: Russia on brink of last 16 berth after beating Egypt