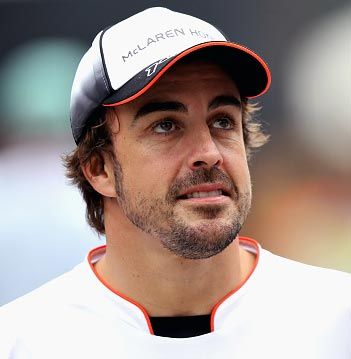 "We have a contract with Fernando and he's very happy," the American told Sky Sports. "Obviously, he wants to be winning races, as do we, but I am not worried about that scenario (leaving).

"We are very comfortable where we are at."

McLaren have not won a race since 2012 and have under-performed since the start of their new partnership with Honda in 2015, finishing sixth overall this year and ninth out of 10 teams in 2015.

Alonso, a double world champion with Renault, joined McLaren from Ferrari at the end of 2014 and has been disappointed by their lack of success. He is due to partner Belgian rookie Stoffel Vandoorne next year.

Rosberg announced his retirement on Friday, five days after winning the world title in Abu Dhabi.

Mercedes began their search for a new driver on Monday with non-executive chairman Niki Lauda saying at the weekend that he hoped the most-prized seat on the starting grid could be filled by the end of the year.

Ferrari's Sebastian Vettel, another driver mentioned in media speculation and a four-times world champion, ruled himself out of the reckoning on Sunday.