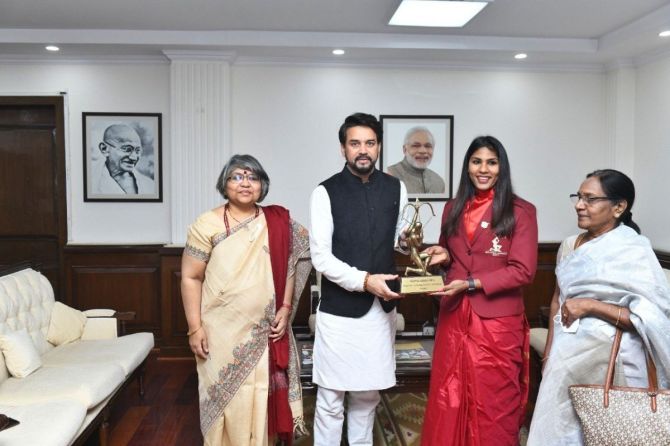 CA Bhavani Devi, the first Indian fencer to participate at the Olympics, on Monday received her Arjuna Award from Sports Minister Anurag Thakur.

The 28-year-old Bhavani could not attend the sports awards ceremony on Saturday as she was participating in a competition in France.

However, on her return to the country, the fencer met Thakur who honoured her with the award.

"Holding the Arjuna Award was My Childhood Dream, and today, it happened. I am so much Emotional. Work Hard & Play for the Country. One day, the country will pay back. Thank YOU," Bhavani tweeted.

In the Tokyo Olympics in July this year, she won her round of 64 match against Tunisia's Nadia Ben Azizi 15-3 before going down to eventual bronze-medallist Manon Brunet of France in the round of 32.

In October, Bhavani won the Charleville National Competition in France, in the women's sabre individual event.

In a glittering function organised at the Durbar Hall of the Rashtrapati Bhawan, the President also bestowed 35 sportspersons with the Arjuna award as he recognised the country's unparalleled Olympic and Paralympic performances this year. 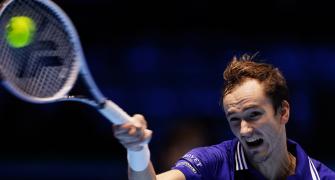 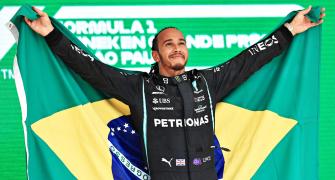 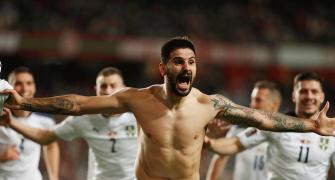 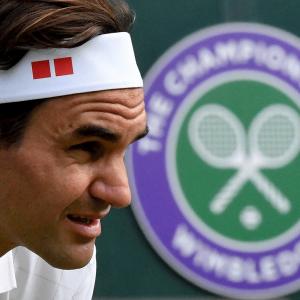 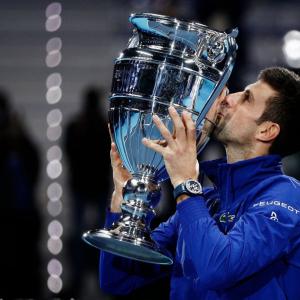