Fellow cyclist to reveal Armstrong's trysts with doping in book

Less than two weeks after Lance Armstrong was handed a lifetime ban by the United States Anti-Doping Agency (USADA), fellow American cyclist Tyler Hamilton will describe their alleged drug cheating together in a book.

Hamilton, who was officially stripped of his Athens 2004 time trial gold medal by the International Olympic Committee earlier this month, will replicate claims he made about Armstrong last year in a book to be published on September 5.

Described by publishers as a "tell-all" look at the world of professional cycling, The Secret Race will cover Hamilton's battle with clinical depression and the story of "his complicated relationship with Lance Armstrong". 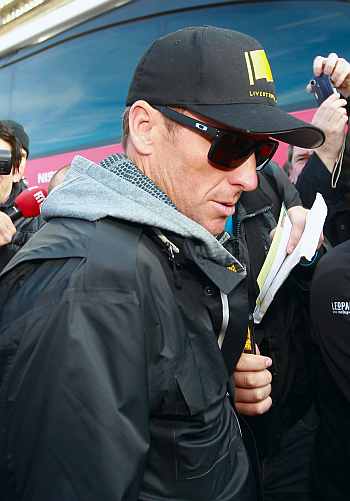 Hamilton, who rode with Armstrong on the US Postal Service team, will repeat allegations he made in a 2011 interview with 60 Minutes that the Americans injected themselves with blood-boosters during the 1999 Tour de France, which Armstrong won.

"(Armstrong) took what we all took... there was EPO (erythropoietin)... testosterone... a blood transfusion," Hamilton said in that interview.

"I saw (EPO) in his refrigerator. I saw him inject it more than one time, like we all did, like I did many, many times."

Armstrong, who was stripped of his record seven Tour de France wins by USADA on August 24, has always denied taking banned substances but has repeatedly had to fend off accusations despite having never failed a drugs test.

The 40-year-old has been one of the most successful and controversial cyclists of all time, returning to the sport after beating cancer to win the Tour de France seven straight times, from 1999 to 2005.

However, Armstrong is one of the sporting world's most polarizing figures and has made many enemies throughout his career, with several of his former team-mates and colleagues allegedly ready to testify that he doped.

Former team-mate and deposed Tour de France winner Floyd Landis accused Armstrong in 2010 of using performance-enhancing drugs and teaching others how to avoid being caught.

Armstrong's agent, Bill Stapleton, could not be reached for comment on Thursday about Hamilton's book, The Secret Race: Inside the Hidden World of the Tour de France: Doping, Cover-ups, and Winning at All Costs.

Hamilton was a support rider of Armstrong's at the US Postal Service team for his first three Tour de France victories.

In 2004, Hamilton won the time-trial at the Athens Olympics and was allowed to keep his medal after testing positive for blood doping because the laboratory accidently destroyed his B sample by deep freezing it.

The following year, Hamilton tested positive for a blood transfusion and was banned for two years.

In 2006 he was linked to the Spanish doping scandal dubbed "Operation Puerto" before testing positive for steroids three years later. He was given an eight-year ban after he said he had taken an over-the-counter treatment for depression.

© Copyright 2021 Reuters Limited. All rights reserved. Republication or redistribution of Reuters content, including by framing or similar means, is expressly prohibited without the prior written consent of Reuters. Reuters shall not be liable for any errors or delays in the content, or for any actions taken in reliance thereon.
Related News: Armstrong, Tyler Hamilton, USADA, US Postal Service, EPO
SHARE THIS STORYCOMMENT
Print this article
Italian Olympian Schwazer admits to using EPO
When Armstrong apologised to Indira Gandhi 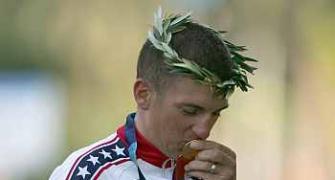 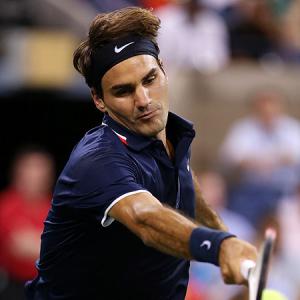 US Open: Easy win for Federer, Tsonga, Venus out 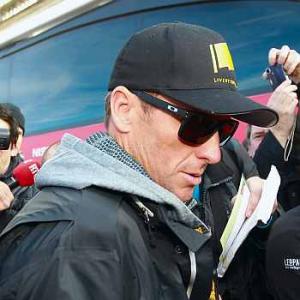