IMAGE: Never in his career has Nadal been only one Grand Slam title behind Federer, who squandered two match points against Novak Djokovic in this year's Wimbledon final. Photograph: Clive Brunskill/Getty Images

Roger Federer will not be losing any sleep over whether rival Rafael Nadal can match his men's record 20 Grand Slam singles titles, according to his long-term coach Severin Luthi.

The 38-year-old Swiss began the year three ahead of second-placed Nadal's haul but the Spaniard claimed a 12th French Open title this year followed up by winning the US Open this month.

It has re-energised the GOAT (greatest of all time) debate with Nadal, who has 19 slams, looking back to his best after injury concerns earlier this year.

Never in his career has Nadal been only one Grand Slam title behind Federer, who squandered two match points against Novak Djokovic in this year's Wimbledon final.

"No, I don't think he stresses (about Nadal catching him up)," Swiss Luthi, who has toured with Federer since 2007, told Reuters in an interview.

"He focuses on himself. He has a lot of respect for Rafa and knows what it takes to win that many titles.

"I don't see him in any way stressed. He won't be completely destroyed if Rafa makes the 20."

Luthi said fans of tennis should savour watching the two greats, rather than obsess about who is superior.

"It's good for the fans. Especially the ones who thought it was all over when Roger had 16 or 17 and Rafa had 14."

Luthi is captain of the Swiss Davis Cup team that has had to make do without Federer and three-times Grand Slam champion Stan Wawrinka for the past four years.

They were both absent again when Switzerland lost to Slovakia in a Group I clash in Bratislava, meaning there is no chance Switzerland could play in the revamped Davis Cup Finals until 2021 at the earliest.

Federer's decision not top play Davis Cup could effect his eligibility for the Tokyo Olympics, although Luthi said no final decision had been made on whether he will play in Tokyo.

"It's possible but it's not a goal," Luthi said.

"He will leave it open a little bit. I don't know how it works with (Olympic) wildcards. They used to give them to the small countries, but I think if he said he wanted to play...."

Federer and Nadal, whose rivalry has always been respectful, will join forces this week at the Laver Cup in Geneva when Europe take on the Rest of the World. 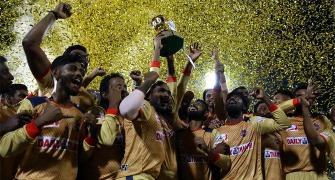 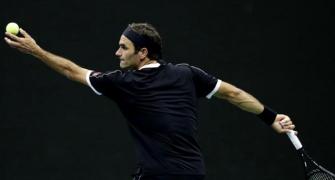 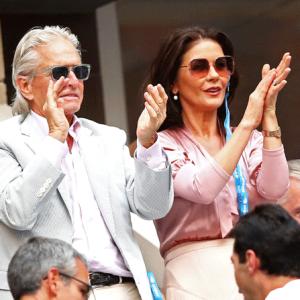 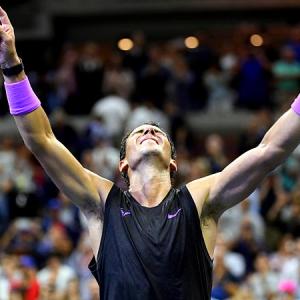