In other matches of the day, Churchill Brothers put their campaign back on track with a 5-1 thrashing of Mohammedan Sporting, while Pune FC held United SC 1-1. 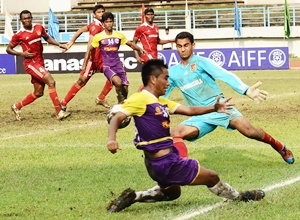 Salgaocar, who had defeated United SC in their opening tie, were once again in their elements as they scored through Phillipines Angel Daldeever (2nd), Nicolao Colaco (81st), Anthony D'Souza (85th) at the Keenan Stadium in Jamshedpur to lead group D with six points.

A point against Pune FC would be enough for the Karim Bencherifa-coached side to secure a last-four berth.

In another match of the same group, simultaneously played at the JRD Sports Complex, United SC struck through their star Costa Rican striker Carlos Hernanandez who headed one in from a corner kick in the 14th minute.

But the Kolkata outfit could not hold the lead as Pune FC Izumi Arata brilliantly equalised through a cross header in the 62nd minute.

Pune FC (4) are now two points shy of Salgaocar in the group table, while United SC (1) and United Sikkim (zero) are out of the race. 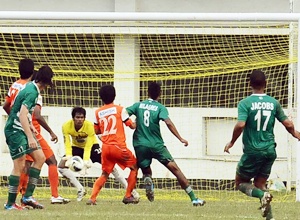 It was a glut of goals at the Kanchenjunga Stadium in Siliguri where Goan heavyweights Churchill Brothers registered their first win with a 5-1 rout of Mohammadan Sporting.

Churchill's Lebanese recruit Bilal Nijjarin started the goal race, firing one in the 13th minute, while Bineesh Balan doubled the lead in the 29th minute.

It was their Brazilian star midfielder Beto's turn to get into the act as he made it 3-0 with a 33rd minute effort.

There was a momentary joy for Mohammadan Sporting who scored their solitary goal through Theodore Sunday in the 38th minute.

But the Goans were simply unstoppable as another Lebanese recruit Akram Moghrabi (40th) made it 4-1 at half-time. Henry Antchouet completed the rout with an 88th minute strike. 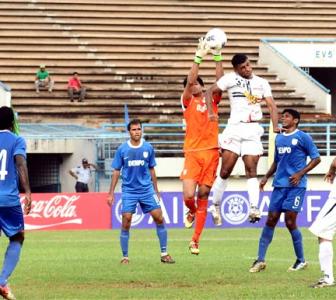 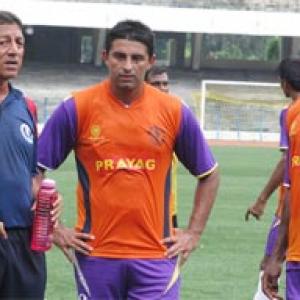 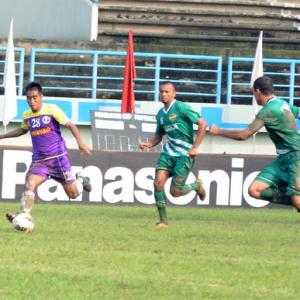