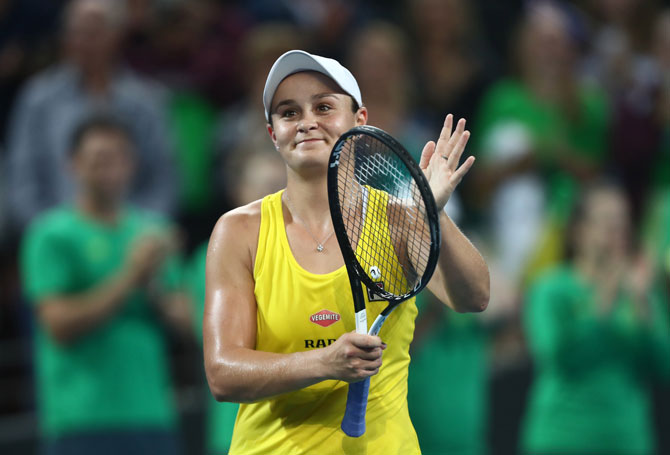 World No 9 Ashleigh Barty kept alive Australia's hopes of advancing to their first Fed Cup final in 26 years when she beat former world number one Victoria Azarenka in the second singles of the tie against Belarus in Brisbane on Saturday.

Barty had some trouble in the first set against the two-time Australian Open champion and saved three break points at 5-5 to go on to win 7-6(2), 6-3 and level the tie at 1-1.

"I knew the first set would be key," Barty said of her match against her current doubles partner.

"I dug myself into a hole in that 5-5 game but I went back to what I do well and got out of it.

"For me it was just about me coming out and doing every thing right. I prepared really well all week."

World number 10 Sabalenka looked completely out of sorts in the first two sets against Stosur, with both players struggling to hold serve.

Sabalenka, however, turned up her power game in the third and after establishing a 4-1 lead blew her first match point opportunity in the eighth game on Stosur's serve when she blasted a backhand volley wide with the court open.

She raced out to a 40-0 lead in the next game and while Stosur saved her second match point, the Australian sent a backhand long on the next point that gave Belarus a 1-0 lead.

"It was an unbelievable match," Sabalenka said.

"She played so quick, I couldn't touch the ball on her returns. You must fight for each point.

"I'm happy to have handled her level today."

Australia captain Alicia Molik praised Stosur's performance but also hinted that she may change her lineup for the reverse singles on Sunday, depending on how the 35-year-old recovers.

Australia are attempting to reach their first Fed Cup final since 1993. They have not won the title since 1974.

Belarus were beaten 3-2 by the United States in their only Fed Cup final appearance in Minsk in 2017.

© Copyright 2020 Reuters Limited. All rights reserved. Republication or redistribution of Reuters content, including by framing or similar means, is expressly prohibited without the prior written consent of Reuters. Reuters shall not be liable for any errors or delays in the content, or for any actions taken in reliance thereon.
Related News: Ashleigh Barty, Sabalenka, Belarus, Sam Stosur, Australia
SHARE THIS STORYCOMMENT
Print this article 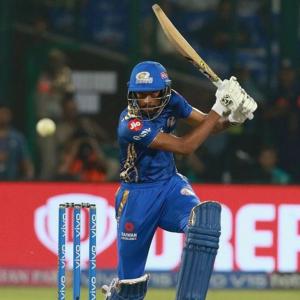 Watch out for Hardik Pandya, folks