In a later fixture, Curtin Jones’s 71st-minute strike saw Liverpool edge past Everton in a derby tie at Anfield. 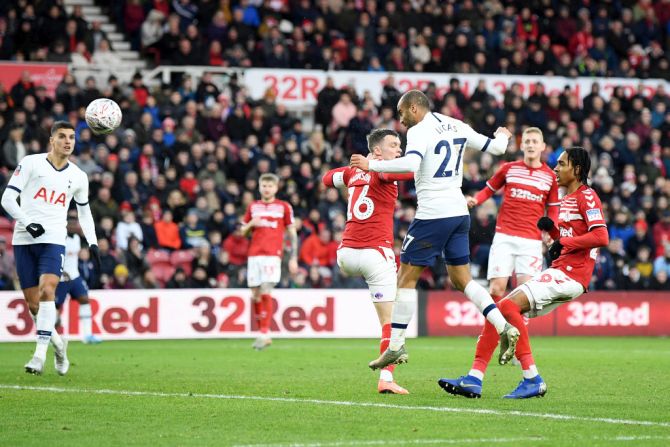 IMAGE: Tottenham Hotspur's Lucas Moura heads in to score the equaliser during the FA Cup third round match against Middlesbrough at Riverside Stadium in Middlesbrough on Sunday. Photograph: Michael Regan/Getty Images

Tottenham Hotspur needed a Lucas Moura equaliser to avoid an FA Cup third-round defeat at second tier Middlesbrough as Jose Mourinho’s stuttering side emerged with a 1-1 draw on Sunday.

The eight-time champions trailed to Ashley Fletcher’s fine finish just after the break but Moura’s header spared a Tottenham side who were without injured striker Harry Kane.

In a later fixture, Curtin Jones’s 71st-minute strike saw Liverpool edge past Everton in a derby tie at Anfield. 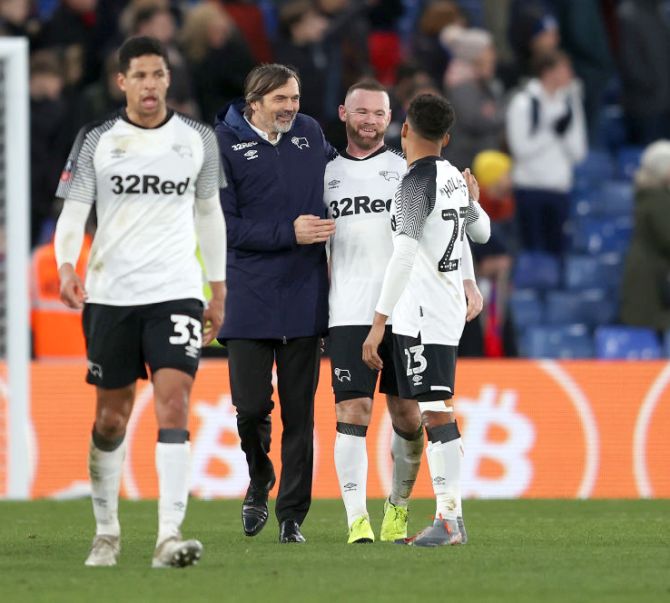 A much-changed Chelsea booked their place in round four with a comfortable 2-0 win over Nottingham Forest who they also beat at the same stage of the competition last season.

Callum Hudson-Odoi and Ross Barkley were both on target for eight-times winners Chelsea in the first half.

© Copyright 2020 Reuters Limited. All rights reserved. Republication or redistribution of Reuters content, including by framing or similar means, is expressly prohibited without the prior written consent of Reuters. Reuters shall not be liable for any errors or delays in the content, or for any actions taken in reliance thereon.
Related News: Lucas Moura, Chelsea, Tottenham Hotspur, Middlesbrough, Derby County
SHARE THIS STORYCOMMENT
Print this article 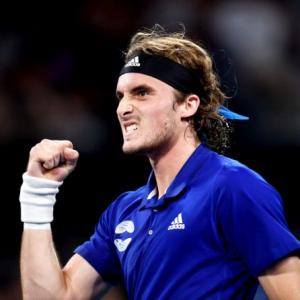