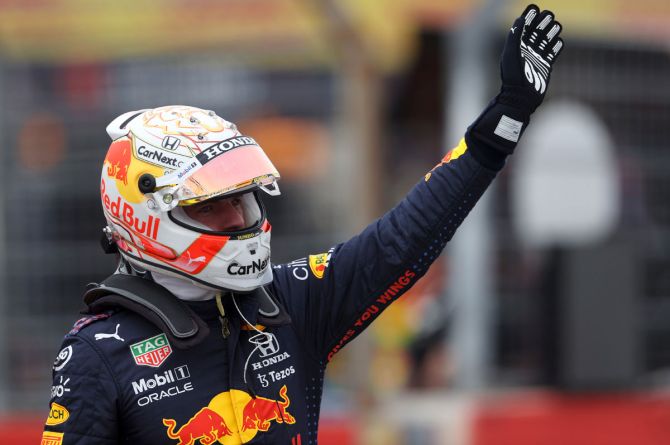 Formula One championship leader Max Verstappen lifted himself into a league of his own as he beat title rival Lewis Hamilton to pole position with a blinding lap in qualifying for the French Grand Prix at Circuit Paul Ricard.

The 23-year-old, the only driver to go faster than the one minute 30 seconds mark, set the timing screens alight with a one minute 29.990 second lap around the 5.8-km Paul Ricard track.

That was good enough to beat Hamilton by a handy 0.258 seconds, with the Mercedes driver lining up alongside the Red Bull on the front row.

Four points separate the pair in the overall standings.

“So far it has been a really positive weekend at a track where it has been a bit difficult for us,” said Verstappen after taking his second pole position of the season and the fifth of his career.

“No points are scored today but it is a great day and we have to finish it off tomorrow to get 25 points that we lost in Baku,” added the Dutchman who crashed out of the lead in the last race in Azerbaijan with a blown tyre while heading for an almost certain win.

Mercedes had led every practice and qualifying session for the two races held at the Paul Ricard track since the circuit joined the calendar in 2018.

Hamilton, who won both from pole, had gone into this weekend looking to bounce back after picking up only seven points over the last two races.

But even with his team’s practice and qualifying dominance at an end, the seven time champion will be happy to line up on the front row from where he has a good chance of taking the fight to Verstappen on Sunday.

“We've got a race on our hands and we're loving the battle,” said Hamilton. “We're going to keep pushing, keep fighting and giving it everything.”

Valtteri Bottas, who has swapped chassis with Hamilton this weekend, will line up third alongside fourth-placed Sergio Perez, winner for Red Bull in Baku.

The fired-up Finn, who heads into the weekend having failed to score in the last two races and with speculation surrounding his Mercedes future, has been in the mix throughout the weekend and was a tenth of a second off his team mate’s best.

Carlos Sainz was fifth for Ferrari ahead of Frenchman Pierre Gasly who will line up sixth in his AlphaTauri for his home race.

Charles Leclerc, who put his Ferrari on pole for the last two races, was seventh.

Alpine’s Esteban Ocon, a Frenchman driving for a French team, will start his home race 11th.

Japanese rookie Yuki Tsunoda caused the first stoppage three minutes into the hour-long session when he lost control of his AlphaTauri at the first corner and ended up in the barriers.

Mick Schumacher brought the red flags out for the second time in the dying seconds of the opening phase of qualifying, when the German spun off into the barriers.

The 22-year-old Haas driver will still line up a career-best 15th.

© Copyright 2021 Reuters Limited. All rights reserved. Republication or redistribution of Reuters content, including by framing or similar means, is expressly prohibited without the prior written consent of Reuters. Reuters shall not be liable for any errors or delays in the content, or for any actions taken in reliance thereon.
Related News: Lewis Hamilton, Max Verstappen, Paul Ricard, Ferrari, Yuki Tsunoda
SHARE THIS STORYCOMMENT
Print this article 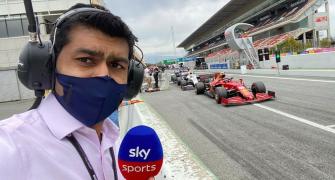 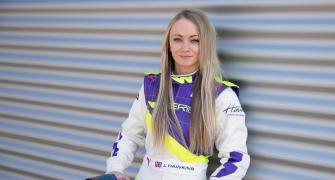 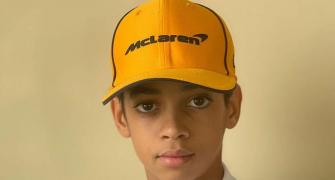 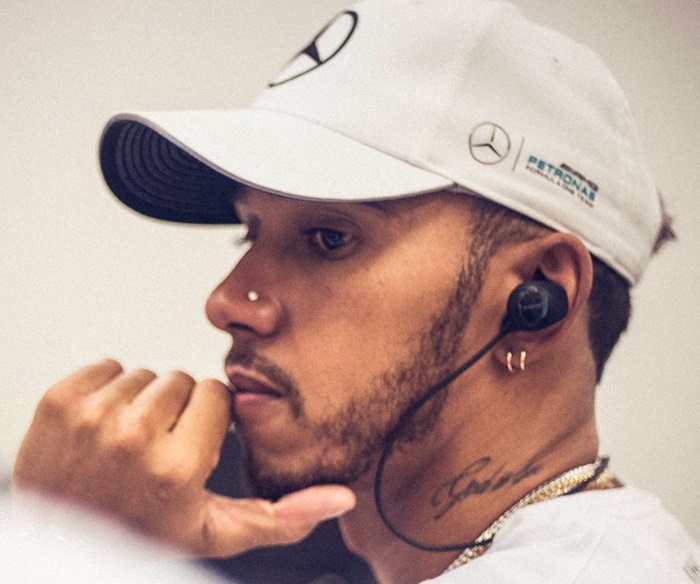 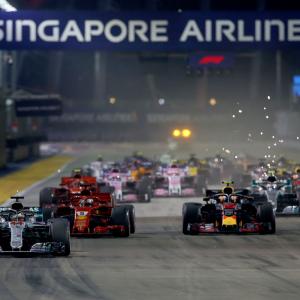 Singapore F1 GP cancelled for second year in a row