Formula One chief executive Bernie Ecclestone goes on trial for bribery in Germany this week in a case that threatens to end the Briton's long reign as the commercial boss of the motor sport. 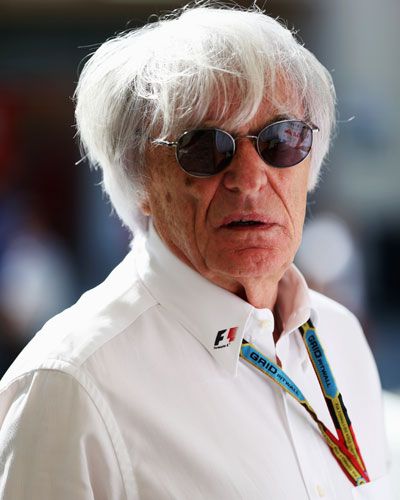 Prosecutors in Munich have charged Ecclestone, 83, with bribing jailed former German banker Gerhard Gribkowsky to smooth the sale eight years ago of a stake in Formula One to private equity firm CVC.

CVC remain the largest shareholder in Formula One, a business that generates annual revenues of over $1.5 billion (892.3 million pounds) from its series of grand prix races held around the world.

CVC co-chairman Donald Mackenzie has said that he would fire Ecclestone if he was found guilty of wrongdoing.

Ecclestone, a former used car salesman who became a billionaire by building the sport into a global money spinner over the past four decades, denies wrongdoing and says he will fight to clear his name.

He could face up to 10 years in jail if convicted.

The case opens in Munich on Thursday but hearings will be held only once or twice a week to allow Ecclestone to carry on the day-to-day running of the motor sport. It is scheduled to last at least until September.

Despite his age, Ecclestone attends almost every grand prix and remains central to the sport's commercial success. He has always dismissed talk of retirement and there is no obvious replacement when he does finally quit or is forced out.

The uncertainty over Ecclestone's future is one of the factors that make it hard to revisit stalled efforts to launch an initial public offering of Formula One after a planned listing in Singapore was abandoned because of turbulent markets two years ago.

Gribkowsky, chief risk officer at BayernLB, for having helped to ensure that CVC took control of the sport rather than any rival bidder.

They argue that Ecclestone favoured CVC because it was committed to keeping him on as chief executive.

Gribkowsky, who is expected to give evidence in this trial, was jailed for more than eight years by a Munich court in 2012 for tax evasion and corruption in relation to the payments.

Ecclestone has said he paid Gribkowsky $10 million but says that this was designed to silence the German banker who was threatening to make false claims about his tax affairs. Ecclestone denies the payments were linked to the CVC deal.

The arguments were rehearsed in a civil case in London late last year when Ecclestone successfully defended a separate $100 million damages claim over allegations he undervalued the business when it was sold to CVC.

Although he dismissed the damages claim, British judge Guy Newey said he believed the payments from Ecclestone were a bribe and added that he found it impossible to regard him as a reliable or truthful witness.