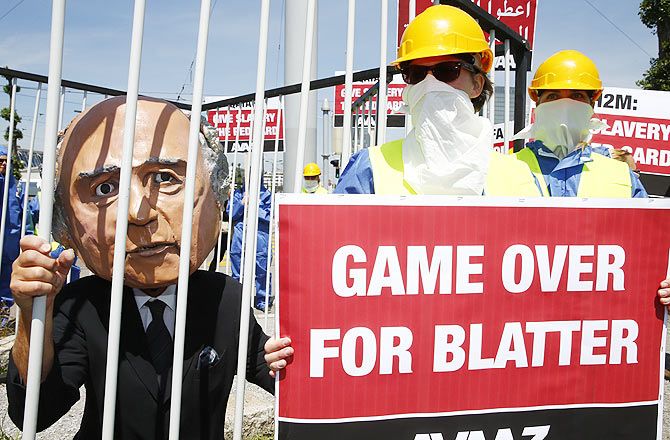 At a Caribbean anti-corruption conference in the Cayman Islands in March last year, politicians and activists called on regional leaders to create a culture of integrity and transparency with zero tolerance for offenders. It didn’t seem to matter to the organizer that one of the main sponsors was the regional soccer body CONCACAF that was mired in a big bribery scandal.

Sepp Blatter could still perform a U-turn and stand again

That organizer, the University College of the Cayman Islands, trumpeted CONCACAF’s involvement and said the aim of the gathering was “to raise awareness of the potential for corruption and decline in ethical standards across all the various sectors of society, including sports, and the consequent damaging effect on economies and social harmony.”

Of the nine, four were members of CONCACAF, which also represents countries in North and Central America. The two most prominent from the Caribbean were former CONCACAF president Jack Warner, from Trinidad and Tobago, and the man who replaced him in that job - Jeffrey Webb from the Caymans, who was a speaker at the conference. Both had also served as FIFA vice presidents and members of its powerful 24-member executive committee.

From the tiny Caymans, a British dependent territory, to the larger independent nations of Jamaica and Trinidad, the scandal has left the region facing questions about whether a culture of corruption is embedded in small island politics and society. The abuse of soccer, which has overtaken cricket and athletics in popularity in the region, has become a symbol of that problem.

"There is a Jack Warner or two in every Caribbean parliament today," said  political scientist Tennyson Joseph at the University of the West Indies in Barbados, noting that poor public services in some islands had opened the door to populist would-be Robin Hoods.

The scandal also risks damaging the island economies by deterring US and other foreign banks from dealing with banks in the region.

"Due to compliance requirements it's getting more and more difficult for local banks to find a correspondent bank that will take Caribbean business," said David Jessop, a veteran consultant to the Caribbean Council, a London-based non-profit trade advisory group.

The indictment details a series of wire transfers between Caribbean banks and U.S. banks, and the U.S. authorities have indicated they will be reviewing such transactions to see if any institutions knowingly facilitated bribe payments. 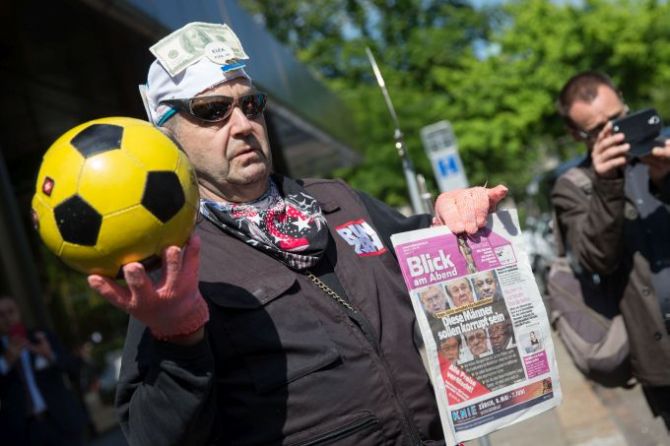 FIFA President Sepp Blatter, who announced on June 2 he will step down, is widely regarded in the Caribbean as a hero for championing developing countries, giving them the same power as big soccer playing countries in votes at the annual FIFA Congress and providing funds to develop the sport in the region.

The corruption questions facing Blatter were “a small price to pay for all the good he has done," wrote sportscaster Orville Higgins in the Jamaican newspaper, The Gleaner last week.

A number of former soccer officials, even those tainted by this scandal and earlier corruption investigations, have retained political influence.

Warner, for example, was reelected to parliament in Trinidad despite his resignation as FIFA vice president and CONCACAF president in 2011 after he was the subject of a FIFA probe into his role at a meeting where bribes were paid to officials in the region.

The US indictment alleges that beginning in the early 1990s, Warner “began to leverage his influence and exploit his official positions for personal gain,” including soliciting and accepting bribes for his executive committee vote in the selection of who would host the FIFA World Cup in 1998 and 2010.

He has denied the charges and is fighting extradition from Trinidad to the US Warner and his lawyer declined to speak with Reuters for this article.

His two sons, Daryll Warner, a former FIFA development officer, and Daryan Warner, have pleaded guilty to wire fraud and other financial crimes in the same US case. For Daryan, the charges largely relate to his obtaining tickets to World Cup games fraudulently and selling them at a substantial profit.

In 2011, FIFA’s ethics committee investigated dozens of Caribbean soccer officials in what became known as the cash-for-votes scandal, following allegations that representatives of each federation in the Caribbean Football Union (CFU) received envelopes stuffed with $40,000 in return for supporting Asian Football Confederation head Mohammed Bin Hamman in that year’s presidential election.

Ten were sanctioned and five others issued warnings. FIFA initially suspended Jack Warner for his role in helping Bin Hamman but the case against him was dropped by FIFA when he resigned all of his soccer positions.

Burrell was banned for three months from taking part in any football-related activity for apparent violations of FIFA’s code of ethics at the 2011 CFU meeting. Later that year, the committee gave Derrick a reprimand and a fine of 300 Swiss Francs ($322) for code of ethics violations at the same meeting.

Burrell and Derrick did not respond to requests for comment.

Burrell, a retired Jamaican army captain, is credited with helping Jamaica's team, known as the 'Reggae Boyz’, qualify for its only World Cup Finals in 1998. A food chain Burrell owns – the Captain’s Bakery – has sponsored some of the lower level leagues, also helping his popularity. He also teamed up with Webb to bring one of the chain's outlets to the Caymans.

Webb’s arrest stunned many in the Caymans He had built a reputation as an official who could clean up CONCACAF after Warner’s reign, and was seen as a potential successor to Blatter. 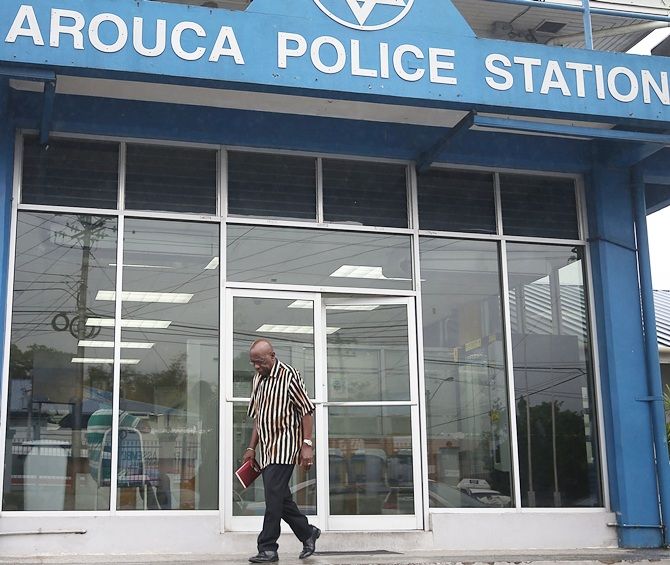 Experts on Caribbean politics say none of this should be a surprise.

Joseph from Barbados, pointed to an ‘under-developed democratic culture’ in the Caribbean that could turn a blind eye to public corruption, deemed petty and excusable.

The Caribbean lacks campaign finance laws creating a "black hole in dealing with corruption," said Trevor Munroe, the region's most prominent political scientist at the University of the West Indies in Jamaica.

But that could be changing. Legislation before the Jamaican parliament seeks to regulate political contributions for the first time. Another bill would create an independent anti-corruption commission. Similar legislation has also been introduced in Trinidad.

The scandal has also opened up other fissures in society, such as those between locals and foreigners living in the Caribbean.

When the Caymans only daily paper, the Cayman Compass, ran an editorial suggesting Webb was part of a culture of corruption on the small island chain, the publishers were accused of treason by the head of the government.

Premier Alden McLaughlin suggested the paper's American owners were foreigners with no understanding of the island way of life. The publishers, David and Vicki Legge, saying they didn’t feel safe, fled to South Florida.

For those running soccer teams in the region it has led to a lot of soul searching.

"Somewhere along the way historically we have lost the idea of what the role of soccer and sport is in human development," said Renard Moxom, director of the Caymans national soccer teams.  "We need to get back to the real purpose of promoting the game. We really need to protect it. It's in a fragile state right now."