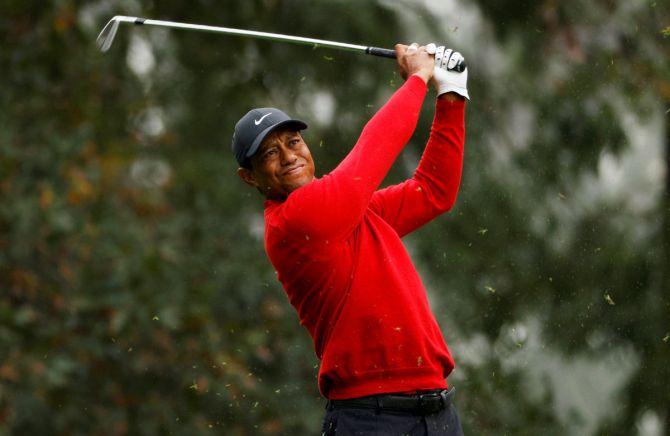 IMAGE: Los Angeles County Sheriff Alex Villanueva said Wood was driving 84 to 87 mph on a downhill stretch of road that had a speed limit of 45 mph. Photograph: Mike Segar/Reuters

Driving down a notoriously dangerous stretch of road in the Rolling Hills Estates community in Los Angeles County, Woods’ car reached speeds of 84 to 87 miles per hour (135-140 kilometers per hour) when he lost control, LASD Capt. James Powers said at a news conference.

The vehicle was going 75 miles per hour when it hit a tree, he said.

The car’s so-called “black box” data recorder showed that Woods never applied the brakes during the incident, but instead engaged the accelerator, indicating he may have hit the gas pedal instead of the brakes when trying to control the car, Powers said.