A former Playboy model who became one of Romania’s most successful soccer agents in recent years has completed a takeover of debt-ridden top division club AFC Hermannstadt.

“We breathed new life into Hermannstadt, which adds value to the club,” the Sibiu-based side said in a statement after reporting the completion of the takeover by 47-year-old ex-model Anamaria Prodan-Reghecampf.

No details of the deal were released.

Romanian media estimated that Hermannstadt, which was founded in 2015 and secured its first top flight promotion in 2018, has debt of more than $1 million.

The new owner, who is married to ex-Romania international Laurentiu Reghecampf, played a big role in Nicolae Stanciu’s $11 million move from Steaua Bucharest to Anderlecht in 2016, making him the most expensive Romanian export ever.

Former Chelsea forward Adrian Mutu was one of Prodan-Reghecampf’s high-profile clients in her past roles as executive chairman of two other Romanian clubs. Atletico Madrid forward Diego Costa appeared in court wearing a white mask in the Spanish capital on Thursday to ratify a pact he made with prosecutors to resolve a tax fraud case against him.

According to a court filing published last month, Costa, 31, did not declare payments of 5,150,622 euros from his 2014 transfer from Atletico to Chelsea in his tax return, as well as more than one million euros in image rights.

In accordance with Spanish law which allows penal sentences below two years for non-violent crimes to be exchanged for a financial penalty, Costa has agreed to pay an additional fine of 36,500 euros on top of the 507,208 euros to avoid jail time.

“Diego Costa reached an agreement a few months ago with the prosecutor and has already paid the corresponding fine plus interest and the request for a prison sentence was withdrawn,” an Atletico spokesman told Reuters on Wednesday.

“This week it is expected that agreement will be ratified in court, as is mandatory.”

Spain international Costa, who was wearing a mask due to the COVID-19 pandemic, returned to Atletico from Chelsea in 2017 for a reported 55 million euros after helping fire the London side to two Premier League titles.

© Copyright 2020 Reuters Limited. All rights reserved. Republication or redistribution of Reuters content, including by framing or similar means, is expressly prohibited without the prior written consent of Reuters. Reuters shall not be liable for any errors or delays in the content, or for any actions taken in reliance thereon.
Related News: Diego Costa, Hermannstadt, Atletico Madrid, Chelsea, IMAGE
SHARE THIS STORYCOMMENT
Print this article 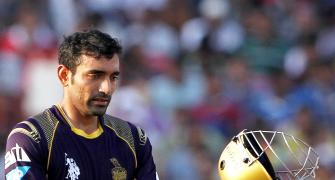