Ex footballer aids community in fight against COVID in Goa He has put in 17 years of uninterrupted trophy-laden service in the heart of the midfield for Goan giants Salgaocar FC, has coached the India men's senior national team to a major trophy triumph -- the 2011 SAFF Cup, and now, he is the Head of Coach Education at the All-India Football Federation (AIFF) and represented the Blue Tigers at the international level in the late 90s.

The master educator, who has been busy lifting the standards of coaching education in the country has now risen to the occasion to do his bit even as (in his own words), the "situation is scary" in Goa. The former India midfielder has given The Goa Sikh Youth Community Kitchen a shot in the arm to boost their relief efforts during this pandemic. The community has been working relentlessly to distribute over 500 free meals from the Goa Medical College (GMC) main gate and has also been delivering much-needed oxygen cylinders to over 40 locations.

Medeira has not only contributed in-kind towards this community, but also offered words of encouragement to the group.

"I came to know that the Sikh Youth community in Goa is giving free meals outside the medical college in Bambolim, and that they are looking for donations for groceries and other essentials so that people can continue being helped," Medeira informed.

"I met them yesterday (May 10). I was happy that they are doing such humanitarian work to help people who don't even get meals -- in some cases can't even have any sort of food, forget meals. So, it's a big thing."

While this gesture is hardly the first display of the former Indian coach's philanthropic nature, yet he prefers not to speak about the various initiatives he undertakes despite being pressed for an answer. In fact, even this donation would have escaped the attention had it not been for a youngster who insisted on a photo being clicked with the former India international.

"For me helping others is not to show, but to see that somebody is being helped and that's what you have to be happy about," says Madeira.

"I do a bit of donations, helping whoever is in need. Whenever we try to reach out, they feel better. That's the most important thing," he averred.

On a closing note, the Goan stalwart had this message for everyone across the country, "I would like to say that at this difficult time, especially what India is going through, and we have to mentally be stronger to fight COVID."

"Be more compassionate to the people who are going through this, don't isolate them totally, give them a call and try to be concerned about what he or she is doing and keep ourselves in prayers and ask for forgiveness from god to take this pandemic away as soon, as only he can," he added. 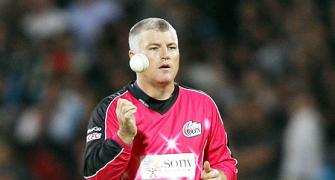 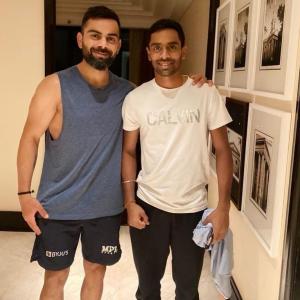 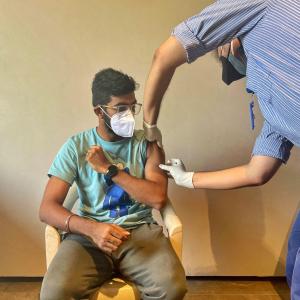