An 87th-minute goal from Luis Suarez took Liverpool through to the Europa League main draw at the expense of Scotland's Hearts as CSKA Moscow crashed out to AIK Solna on Thursday.

CSKA, 2005 UEFA Cup winners, lost 2-0 to the Swedes who knocked out the Russians 2-1 on aggregate after Kwame Karikari grabbed an early goal for the visitors and Martin Lorentzon added a second in stoppage time. 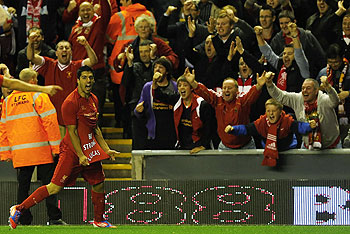 Hearts, 1-0 down from the first leg, showed plenty of industry but rarely any creative spark as hosts Liverpool appeared content to play a waiting game in the qualifying playoff round match.

The ploy nearly backfired when David Templeton tried his luck from 35 yards out in the 84th minute and goalkeeper Pepe Reina fumbled what should have been a simple save to gift the visitors a lead.

However, Suarez scored from a tight angle three minutes later to see Liverpool through 2-1 on aggregate.

Elsewhere, most of the favoured teams made it through to the next round.

Inter Milan secured a 2-2 draw against Romanian side Vaslui to progress 4-2 on aggregate despite going down to 10 men after goalkeeper Luca Castellazzi was red-carded in the 33rd minute following a foul on Liviu Antal.

Olympique Marseille survived a goalless draw with Moldovan side Sheriff, going through thanks to a 2-1 win last week, while Red Star Belgrade went out after a 3-2 defeat at Girondins Bordeaux, Yoan Gouffran's penalty sealing victory for the Ligue 1 side.

Newcastle United saw off Atromitos 1-0 and 2-1 on aggregate thanks to substitute Haris Vuckic, on for the injured Ryan Taylor, who placed a fine curling shot from the edge of the area past the Greek club's goalkeeper Charles Itandje, formerly of Liverpool.

The Europa League draw takes place in Monaco on Friday.

© Copyright 2020 Reuters Limited. All rights reserved. Republication or redistribution of Reuters content, including by framing or similar means, is expressly prohibited without the prior written consent of Reuters. Reuters shall not be liable for any errors or delays in the content, or for any actions taken in reliance thereon.
Related News: CSKA Moscow, Liverpool, Luis Suarez, Europa League, AIK Solna
SHARE THIS STORYCOMMENT
Print this article 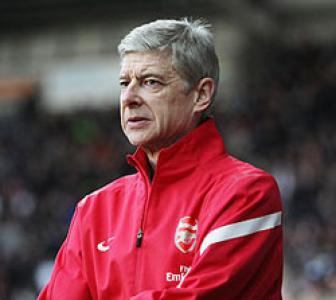 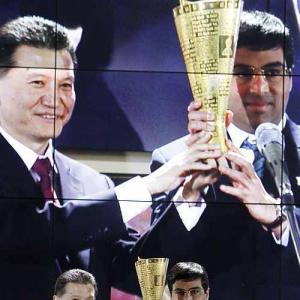