Sevilla sneaked into the last 32 of the Europa League on Wednesday with a 2-2 draw at home to Borussia Dortmund as the German side failed to translate their devastating domestic form into European success.

The Spanish side joined PAOK Salonika and Napoli, who left it late to score the goal they needed, in securing three of the remaining berths in the knockout round ahead of Thursday's final day of group matches.

Dortmund, who have a massive 11-point lead at the top of the Bundesliga and needed a win in Spain to progress, had looked on course for the next round when they took a fourth-minute lead through Japanese midfielder Shinji Kagawa.

Two goals in four minutes just after the half hour put the hosts ahead thanks to Ndri Romaric and Frederic Kanoute. Dortmund levelled through Neven Subotic's header on 49 minutes. Sevilla were runners-up to Paris St Germain in Group J.

Napoli waited until the third minute of stoppage time for the goal they needed to beat Steaua Bucharest 1-0 and qualify at the expense of the Romanians in Group K, won by Liverpool.

Edinson Cavani nodded in at the near post to make sure there would be one Italian representative in the next round.

In another game where both teams were chasing a qualifying berth, PAOK Salonika won 1-0 at Dinamo Zagreb to take the second Group D spot behind Villarreal thanks to Dimitris Salpingidis' strike on the hour.

Dynamo Kiev and BATE Borisov had already qualified but top spot in their Group E was still up for grabs. A 0-0 draw at home to Sheriff Tiraspol handed that honour to the Ukrainians after BATE were thrashed 3-0 at eliminated Dutch side AZ Alkmaar.

Group F winners CSKA Moscow's perfect record came to an end after they drew 1-1 away to Sparta Prague, who had also already qualified. The top two places in Group L had also already been decided for Porto and Besiktas respectively.

Groups A-C and G-I play on Thursday with already qualified Manchester City travelling to eliminated Juventus seeking to top their group and divert some attention away from the drama surrounding want-away captain Carlos Tevez's future.

Holders Atletico Madrid are in danger of not making it through as they go into their final Group B game at Bayer Leverkusen needing Aris Thessaloniki to slip up at home to Rosenborg if they are to advance. 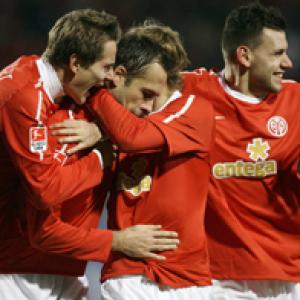