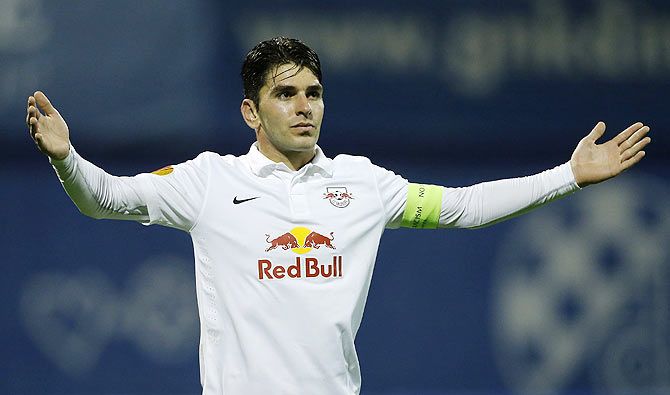 Jonatan Soriano's love affair with the Europa League continued as last season's top scorer grabbed a hat-trick on Thursday to help Salzburg become one of four teams to reach the knockout stages.

Soriano, one of the hottest goalscoring properties in Europe, took his season's tally to 21 in 17 Europa League and Austrian Bundesliga games after a 5-1 win at Dinamo Zagreb that put Salzburg top of the pile in Group D.

Dynamo Moscow, Fiorentina and Legia Warsaw can also enjoy the final two rounds of group matches safe in the knowledge their berths in the last 32 are assured.

The Russian side kept up their perfect record with a 1-0 win over Estoril in Group E, as did Legia who beat Metalist Kharkiv 2-1 in Group L.

Fiorentina, who had also won their opening three games, progressed despite being held to a 1-1 draw by PAOK Salonika.

Austrian champions Salzburg were one of a number of sides who went into the fourth round of matches knowing victory could put them through and they had the goalscoring prowess of Soriano to thank for settling the issue.

Fiorentina eke out a draw 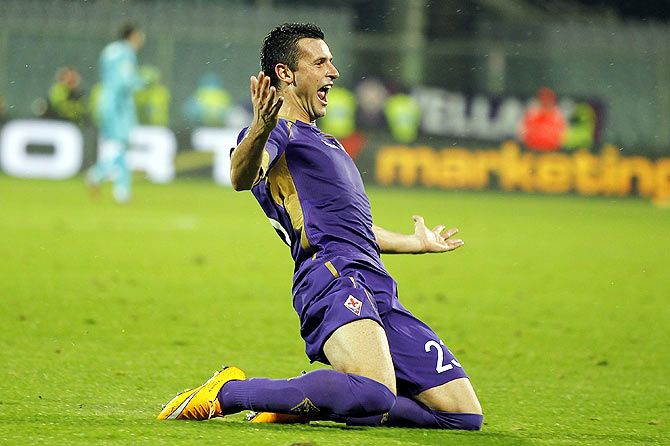 The 29-year-old Spaniard, who hit eight goals in last season's competition, moved on to five this term while strikes from Kevin Kampl and Massimo Bruno handed Salzburg their biggest away win in European competition.

Fiorentina's Europa League form has been a welcome tonic following their struggles in Serie A.

They looked like falling to their first defeat in the Europa League when Maarten Martens put PAOK ahead with nine minutes remaining but captain Manuel Pasqual curled home a brilliant free kick at the end to rescue a draw.

That left Fiorentina top of Group K with 10 points and through to the last 32 by virtue of a better head-to-head record against PAOK who are third on four points.

Celtic's Group D clash with FC Astra in Romania looked in danger of being called off as thick fog enveloped the stadium.

The match went ahead though and the Scottish outfit missed out on a guaranteed place in the next stage of the competition after conceding a late equaliser to draw 1-1 in their 300th European game.

Celtic, who have eight points and are two behind group leaders Salzburg, could still be caught by third-placed Dinamo (three). 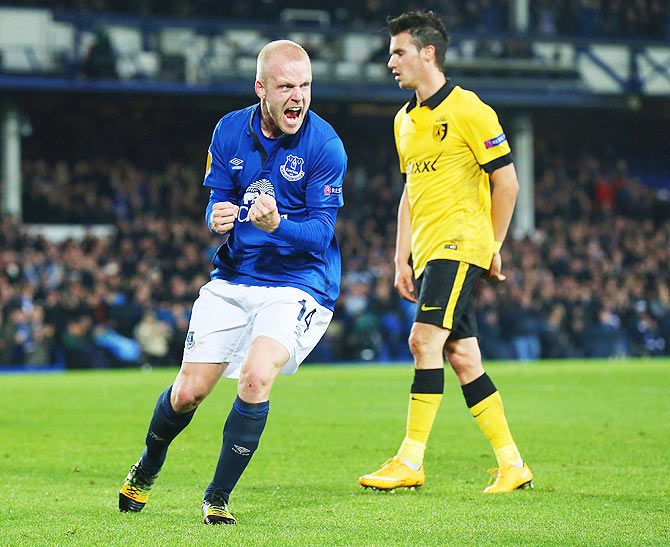 It was a similar story for In ter Milan who began the day knowing victory over St Etienne could see them through to the last 32 if Qarabag also won against Dnipro Dnipropetrovsk. Dodo's first-half effort for Inter was cancelled out by a goal from Moustapha Bayal Sall as their two teams drew 1-1 while Dnipro won 2-1 against their Azerbaijani opponents to leave all four teams in Group F with a chance of advancing.

It was a good night for English sides Tottenham Hotspur and Everton who moved to the brink of qualification.

Spurs came through a nervy finale to beat Asteras Tripolis 2-1 in Group C thanks to an Andros Townsend penalty and a Harry Kane header.

Everton cruised to a 3-0 home win over Lille in Group H with goals from Leon Osman, Phil Jagielka and Steven Naismith.

FC Zurich triumphed 3-2 in an extraordinary game against Villarreal in Group A where all five goals were scored in a 10-minute spell in the first half.

The 24 winners and runners-up from the group stage are joined in the last 32 by the eight teams who fall into Europe's second-tier competition after finishing third in their Champions League sections. 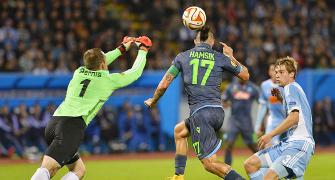 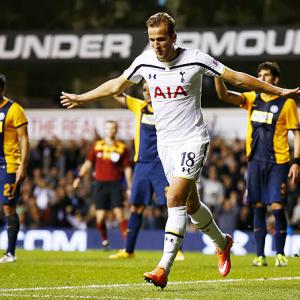 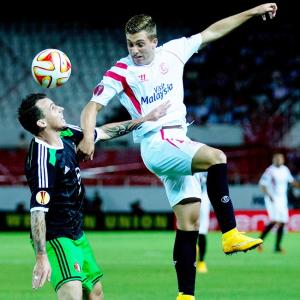