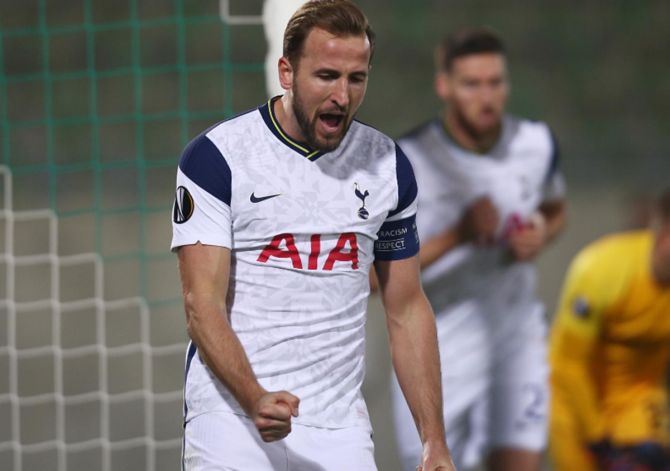 Harry Kane netted his 200th goal for Tottenham Hotspur as they won 3-1 at Ludogorets and AC Milan’s 24-match unbeaten run ended with a 3-0 loss to Lille in the Europa League on Thursday.

England striker Kane headed home Lucas Moura’s corner to set Spurs on course for a victory over the Bulgarians that put them top of Group J on goal difference with six points from three games after Royal Antwerp lost 1-0 to Austrian side LASK.

AC Milan’s superb run in all competitions came to a shuddering halt as Lille’s Turkish winger Yusuf Yazici opened the scoring with a penalty and added two second-half goals in a comprehensive win that put the French side top of Group H.

Yazici’s second hat-trick in three Europa League group games put Lille on seven points, one ahead of Milan. Sparta Prague are third after their 4-1 drubbing of Celtic in Glasgow. Arsenal also notched a third successive win, 4-1 over Molde, helped by two own goals from the Norwegians. The London side lead Group B on nine points, three ahead of Molde and six clear of Rapid Vienna who beat bottom side Dundalk 4-3.

In Greece, PAOK bounced back from a goal down with four second-half strikes to defeat Dutch visitors PSV Eindhoven 4-1 and go second in the table on five points, two behind Granada, who won 2-0 at bottom side Omonia Nicosia.

AS Roma put in their most impressive performance of the Group A campaign with a 5-0 drubbing of Romania’s CFR Cluj, Borja Mayoral netting twice for the Italians. They top Group A ahead of Swiss side Young Boys who downed CSKA Sofia 3-0.

A stoppage-time goal by Darwin Nunez snatched a 3-3 draw for 10-man Benfica at home to Scottish side Rangers in Group D. Rangers lead the group on goal difference from Benfica.

There were goals galore in Group C with leaders Slavia Prague beating French side Nice 3-2 while second-placed Bayer Leverkusen came back from a goal down to win 4-2 at bottom side Hapoel Beer Sheva.

Group F remains tight with AZ Alkmaar top on goal difference despite losing 1-0 to Real Sociedad. Alkmaar, Sociedad and Italian side Napoli, who won 2-1 at Rijeka, all have six points.

Villarreal’s home clash with Maccabi Tel Aviv was delayed by over an hour due to torrential rain which left the pitch waterlogged.

© Copyright 2021 Reuters Limited. All rights reserved. Republication or redistribution of Reuters content, including by framing or similar means, is expressly prohibited without the prior written consent of Reuters. Reuters shall not be liable for any errors or delays in the content, or for any actions taken in reliance thereon.
Related News: AC Milan, Tottenham Hotspur, Europa League, Molde, Harry Kane
SHARE THIS STORYCOMMENT
Print this article 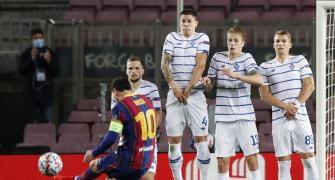 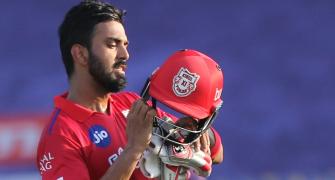