'We felt they had become a bit complacent and maybe thought they had already won it. So we used that to our advantage.' Kylian Mbappe missing the decisive kick in the shootout as world champions France were eliminated from Euro 2020 by Switzerland on Monday encapsulated the biggest lesson of an extraordinary night -- you cannot rely on individual brilliance alone.

Mbappe, of all the players, could be expected to score a penalty and it was not a poor kick but nothing is guaranteed.

The magnificent save from Yann Sommer in the last-16 clash denied the striker and the shock on French faces showed they did not quite comprehend how they had managed to lose the game.

Ranked on talent, skill and individual quality, France should have been in a different class to Vladimir Petkovic's hard-working Swiss side.

The 22-year-old Mbappe is the greatest young talent in the game, Paul Pogba and N'Golo Kante are two of the best central midfielders in the tournament and Karim Benzema, who scored twice, is one of the finest finishers around. 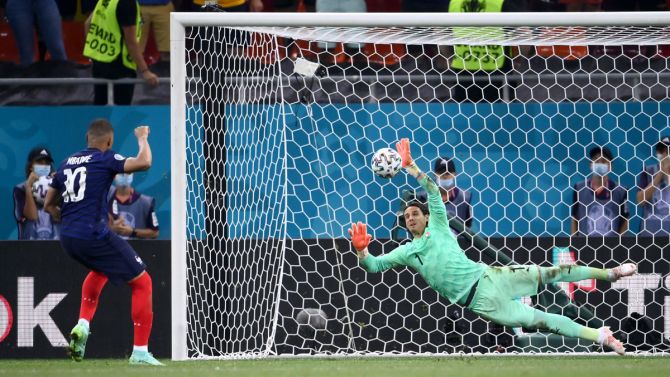 But it was only for 25 minutes of the 120 played that France looked like world-beaters and made the Swiss seem also-rans.

For the rest of the time, France played without real focus, without the kind of steel and determination that needs to be allied to flair and talent.

Trailing 1-0 at the break, after a disjointed and dispirited first-half display, France were staring at a 2-0 scoreline before goalkeeper Hugo Lloris saved Ricardo Rodriguez's penalty.

That reprieve prompted a blistering response with Benzema scoring twice and then Pogba scoring a 75th-minute screamer to make it 3-1.

Game over, many of those watching would have felt, but from the way they played, the French too made the fatal mistake of under-estimating the Swiss.

"Nobody believed in us any more at that stage," said goalkeeper Sommer.

"We felt they had become a bit complacent and maybe thought they had already won it. So we used that to our advantage."

Indeed, the intensity and commitment that had powered France's spell of flowing, positive, attacking football vanished as quickly as it had arrived and was replaced by a careless contentment that proved fatal. The Swiss, sensed their opponents had switched off and seized the initiative, fighting back, with Haris Seferovic's second and then a 90th minute equaliser from Mario Gavranovic.

France were unable to rediscover the verve that had given them the lead and, for all their qualities, they lacked the discipline and cohesiveness that had been so central to their success at the World Cup in Russia three years ago.

"The best team deserve to go to the next round and tonight that is the Swiss," said former France midfielder Patrick Vieira.

"It was a poor French national team. There wasn't any togetherness, there wasn't any spirit. We didn't play as a team so we didn't deserve to go to the next round."

Switzerland had team spirit in abundance.

Granit Xhaka, so often mocked for his performances with Arsenal in the Premier League, was a giant in midfield and Gavranovic, who plays in the Croatian league, tormented France's back-line after entering the field in the 73rd minute. But above all Switzerland displayed the collective strength that France lacked -- they kept their shape, they battled and they worked while their opponents looked increasingly lost.

"We showed courage, heart, we left everything out there," added Sommer.

"When you come back from two goals down against the world champions it is just unbelievable, and then to win on penalties, I could not be prouder of the way we did it."

Spain are next on Friday in St Petersburg for the Swiss, in their first major tournament quarter-final in 67 years.

Once again they face opponents ranked higher than them in every category but will believe that in the department that matters most -- teamwork -- they can maybe pull off another upset.

© Copyright 2021 Reuters Limited. All rights reserved. Republication or redistribution of Reuters content, including by framing or similar means, is expressly prohibited without the prior written consent of Reuters. Reuters shall not be liable for any errors or delays in the content, or for any actions taken in reliance thereon.
Related News: France, Kylian Mbappe, IMAGE, Yann Sommer, Mario Gavranovic
COMMENT
Print this article 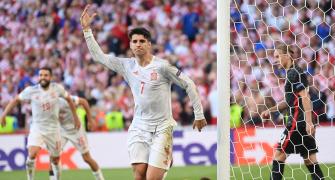 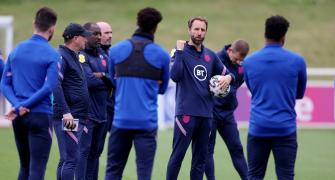 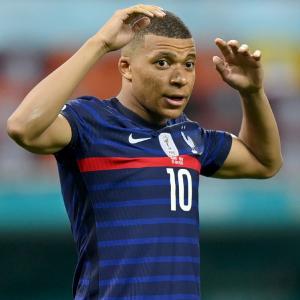