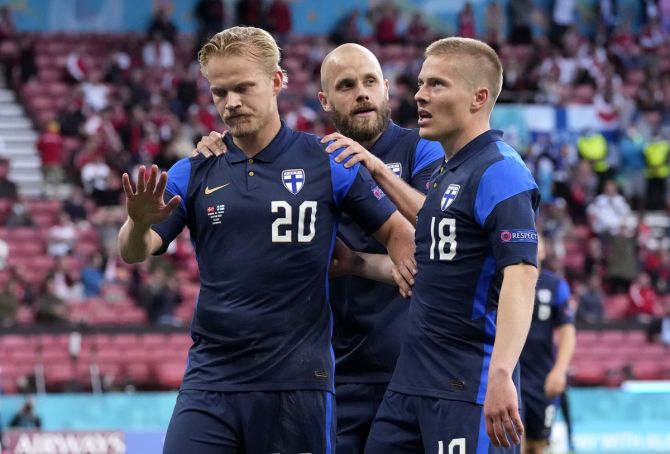 Finland claimed a shock 1-0 Euro 2020 victory over Denmark in their first major tournament appearance on Saturday, but the match was overshadowed by Danish midfielder Christian Eriksen requiring emergency medical treatment on the pitch.

The match was suspended after Eriksen collapsed towards the end of the first half and was given CPR by medics as his team mates formed a ring around him, before he was carried off on a stretcher and both teams left the pitch.

The game was stopped for one hour and 45 minutes but resumed after the Danish Football Association announced that Eriksen was awake and stable in hospital and both sets of players told soccer's European governing body UEFA they wanted to continue. 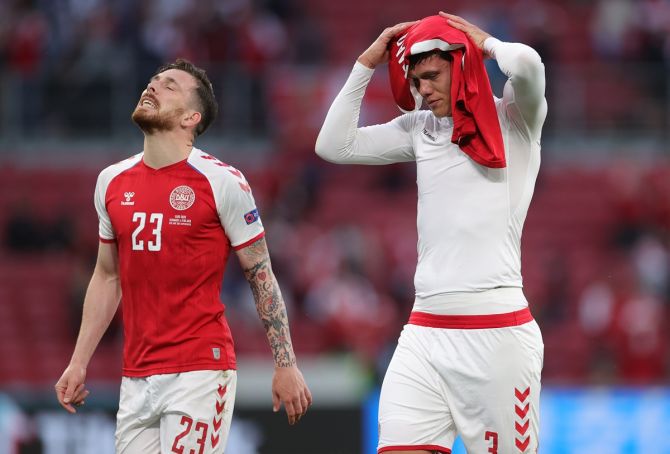 Denmark dominated the match before and after the traumatic incident, but Finland striker Joel Pohjanpalo headed home the winner on the hour with his side's only attempt of the game.

The hosts had 22 efforts but could not make them count, including a tame penalty from Pierre-Emile Hojbjerg that was saved by Lukas Hradecky with 16 minutes remaining. 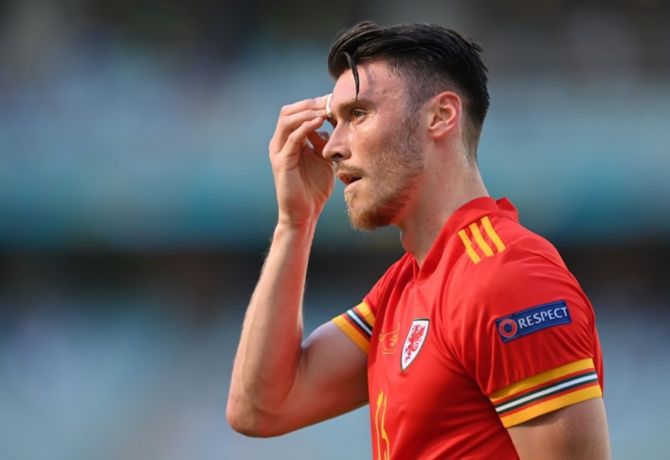 Striker Kieffer Moore headed in an equaliser from one of Wales' few chances as the surprise 2016 semi-finalists snatched a 1-1 draw against wasteful Switzerland in their European Championship Group A clash at the Baku Olympic Stadium on Saturday.

Moore, who had a first half opportunity expertly saved by Swiss goalkeeper Yann Sommer, guided the ball into the net on 74 minutes from a Joe Morrell delivery as he ghosted into space left by the static Swiss defence.

Breel Embolo had terrorised the Welsh defence and put Switzerland ahead when he showed impressive strength to out-muscle defender Connor Roberts from a corner shortly after halftime. They also had a late goal by Mario Gavranovic correctly ruled out for offside.

The Swiss may blame themselves for not killing off the game earlier, having squandered several golden chances through Haris Seferovic in the first half and Embolo after the break. 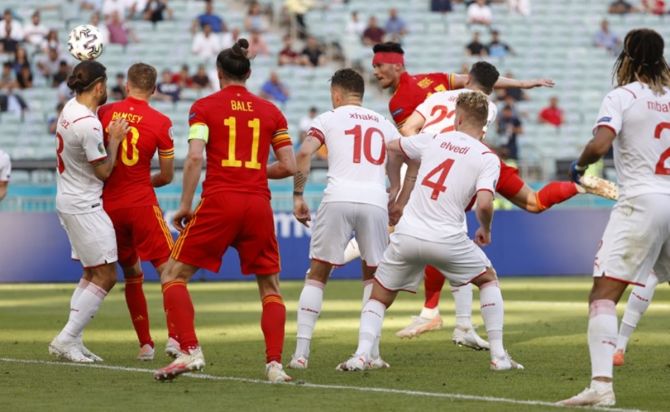 The forward squandered two more chances before halftime as the Swiss notched 11 attempts to Wales' two in the first half.

What his teammates failed to achieve with finesse in the first half, Embolo did with sheer power and speed in the 49th minute, heading in from a corner for a deserved lead after his powerful run and shot was saved by Ward seconds earlier.

Two more, almost identical Embolo bursts saw him close to scoring again, including with a 65th-minute curled shot before the Welsh hit back.

With captain Gareth Bale well-marked throughout, they gradually upped the pressure in search of an equaliser as the Swiss eased off and conceded some ground, and Moore found the space to beat Sommer with a glancing header.

Italy lead the group after their impressive 3-0 victory over Turkey in the tournament opener on Friday and will host the Swiss in Rome in their second game on Wednesday. Wales stay in the Azerbaijan capital to face the Turks on the same day.