Austria earn a first win at the Euros at seventh attempt and first victory at a major tournament since the 1990 World Cup. Gregoritsch prodded home David Alaba's cross in the 78th minute before Arnautovic struck in the 89th, as Austria earned a first win at the Euros at their seventh attempt and their first victory at a major tournament since the 1990 World Cup.

"We deserved to win today," Austria coach Franco Foda said. "The players made history today. You could feel form the first minute that they wanted to win it."

"The substitutions had an effect and brought new impulse. They were important and the team did everything to win it."

"I am very satisfied. We started well and were aggressive. Then they scored through a momentary lapse of concentration from us," Foda said.

"After the break we wanted to increase our passing speed. We were more mobile. We did it really well." 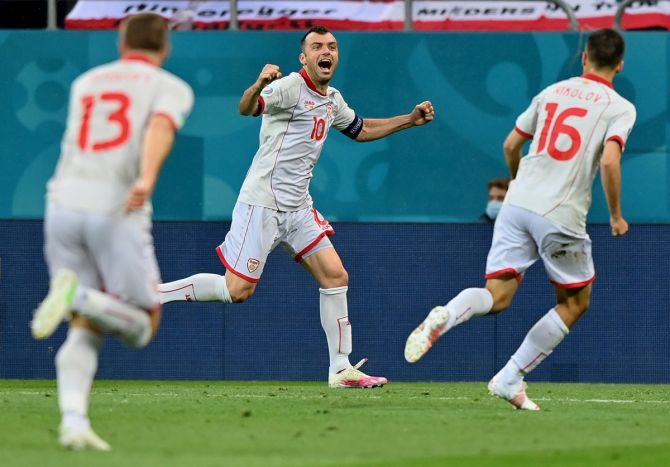 IMAGE: Goran Pandev celebrates after restoring parity for North Macedonia and becoming the second-oldest scorer in European Championship history at the age of 37 years and 321 days. Photograph: Justin Setterfield/Getty Images

The Austrians, who started unusually with Alaba in central defence, had possession and circulated the ball well but struggled to break through until Marcel Sabitzer floated a perfectly-timed cross to the far post.

Stefan Lainer latched on to it, leaping into the air to beat keeper Stole Dimitrievski from a tight angle.

The North Macedonians, the lowest-ranked team in the tournament, drew level with their first chance of the game 10 minutes later when defender Martin Hinteregger's clearance first bounced off the back of Sabitzer and keeper Daniel Bachmann then let the ball slip for captain Goran Pandev to slot in.

That was his country's first ever goal in a major tournament and the forward, who has 38 goals in 120 appearances, also became the second-oldest player to score at the Euro, after Austria's Ivica Vastic, who was 38 back in 2008. 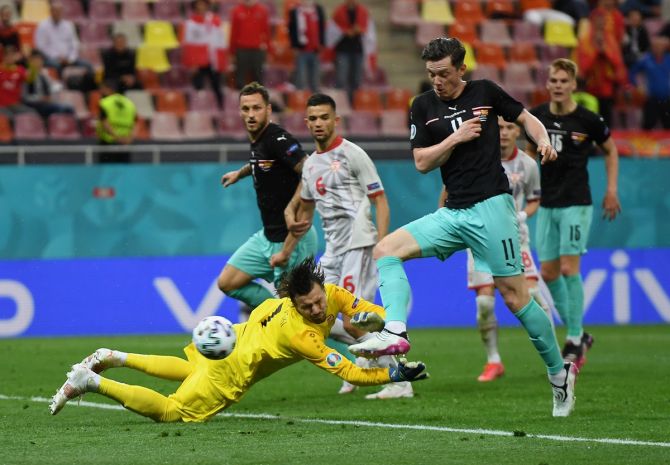 Pandev had another chance just past the hour after Boban Nikolov had failed to beat Bachmann as Austria continued to struggle up front and hoped this would not be another missed opportunity.

Foda was forced to switch to a formation with two strikers, bringing on forwards Arnautovic and Gregoritsch and the move paid off, and moving Alaba into a midfield role.

Gregoritsch timed his run to perfection to tap in Alaba's cross before keeper Risto Jankov got his hands on the ball.

Arnautovic then pounced on a defensive mistake to round the keeper and seal the Austrians' first tournament win in 31 years.

Austria play the Netherlands in Amsterdam on Thursday, while North Macedonia stay in Bucharest to face Ukraine.

© Copyright 2021 Reuters Limited. All rights reserved. Republication or redistribution of Reuters content, including by framing or similar means, is expressly prohibited without the prior written consent of Reuters. Reuters shall not be liable for any errors or delays in the content, or for any actions taken in reliance thereon.
Related News: Franco Foda, Austria, Michael Gregoritsch, Marko Arnautovic, North Macedonia
SHARE THIS STORYCOMMENT
Print this article 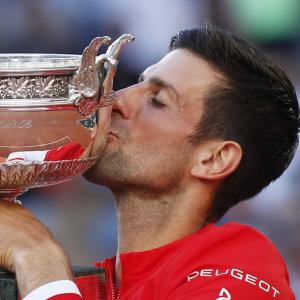