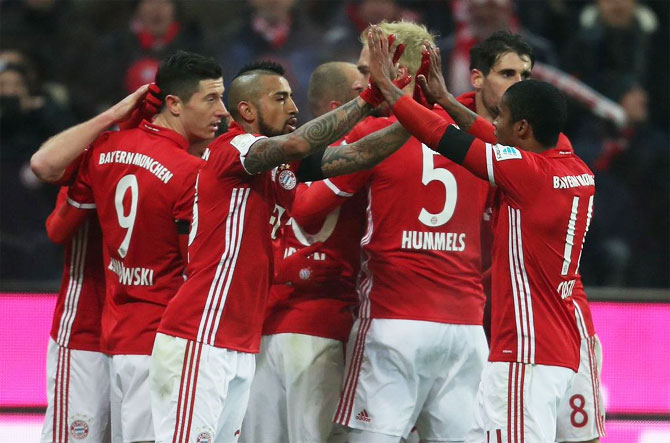 IMAGE: Bayern Munich players celebrate a goal during their Bundesliga match against RB Leipzig at Allianz-Arena in Munich on Wednesday. Photograph: Bayern Munich/Twitter

Bayern Munich put upstarts RB Leipzig firmly in their place by sweeping to an emphatic 3-0 home win, with all the goals coming in the first half, in a disappointingly one-sided top-of-the-table Bundesliga clash on Wednesday.

Bayern, German champions a record 26 times, and Leipzig, playing in the top flight for the first time, went into the match level on points at the top and amid huge expectations.

Yet an anti-climactic game was effectively over as a contest in just half an hour as Thiago Alcantara and Xabi Alonso put Bayern ahead and the visitors had Emil Forsberg shown a straight red card.

A Robert Lewandowski penalty on the stroke of halftime made it 3-0 before, mercifully for Leipzig, Bayern took their foot off the pedal.

Bayern's win meant they reached the winter break with 39 points from 16 games, three ahead of their opponents who lost for only the second time this season. Hertha Berlin's 2-0 win over Darmstadt took them third with 30 points. 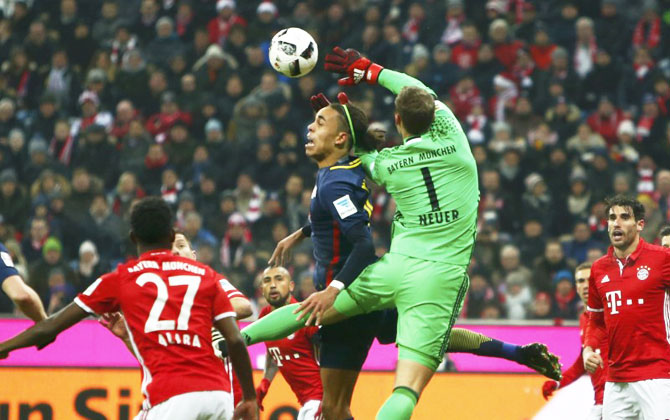 Leipzig did not initially appear overawed and made a lively start, but Bayern got the crucial first goal after 17 minutes.

Philipp Lahm sent in a low cross from the right, Lewandowski fired against the post and Thiago managed to force the ball over the line with his thigh.

Eight minutes later, Naby Keita was dispossessed by Arturo Vidal in midfield and the ball was quickly worked to Alonso who scored with an angled shot.

It got worse for Leipzig when Forsberg halted a Lahm breakaway with a studs-up challenge from behind. The referee initially got a yellow card out, but changed his decision to red amid Bayern protests and after consulting with his linesman.

Another Leipzig error led to the third goal when Douglas Costa was clumsily sent flying by goalkeeper Peter Gulacsi and Lewandowski converted the penalty.

Bayern eased up after halftime although they still continued to dominate and carve out chances almost at will. 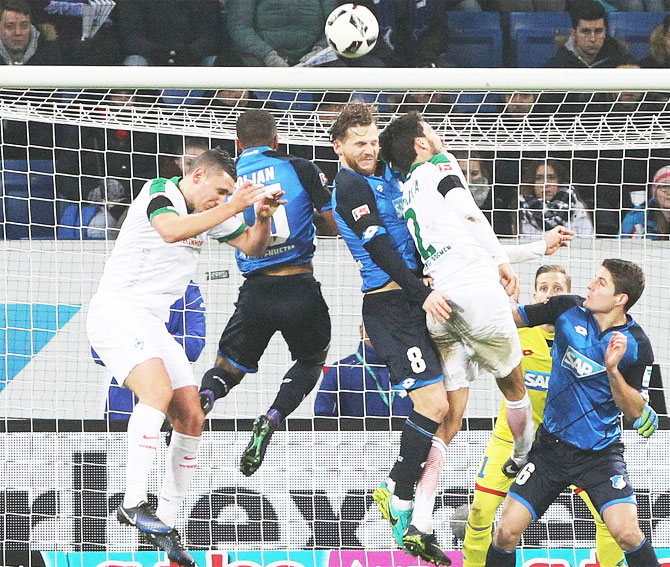 IMAGE: Action from the match between Hoffenheim and Werder Bremen on Wednesday. Photograph: Hoffenheim/Twitter

Lewandowski saw a dinked effort land on the roof of the net, Douglas Costa had a piledriver of a free kick saved by Gulacsi and Franck Ribery hit the underside of the crossbar.

Marvin Plattenhardt put Hertha ahead with a superb free kick early in the second half against basement club Darmstadt and then supplied the cross for Salomon Kalou to head the second.

Hoffenheim remained the only unbeaten side in the Bundesliga although they will be kicking themselves after conceding a late equaliser at home to Werder Bremen in a 1-1 draw which left them fifth with 28 points.

Sandro Wagner turned in Kerem Demirbay's low cross in the 26th minute to put Hoffenheim ahead but Serge Gnabry rescued a point with three minutes left for Bremen, who are one place and three points above the relegation playoff spot in 15th.

Two goals from Florian Niederlechner gave promoted Freiburg a 2-1 win at Ingolstadt, which kept them eighth, and Cologne drew 1-1 at home to Bayer Leverkusen in the Rhine derby. 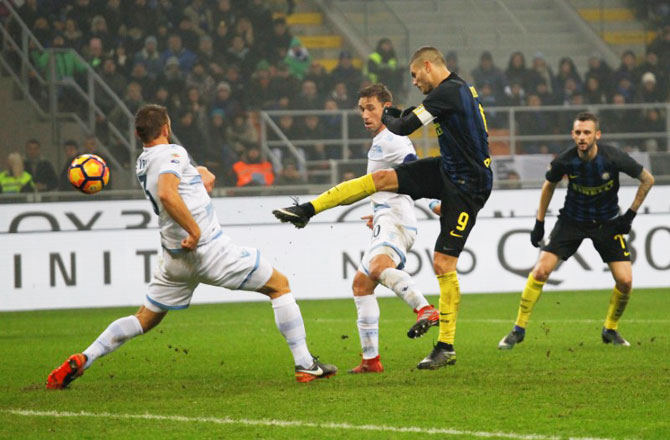 A long-range strike from Ever Banega and two goals from fellow Argentine Mauro Icardi, all in the space of 11 minutes, gave Inter Milan a 3-0 win over Lazio and their third successive Serie A win on Wednesday.

It was also a third clean sheet in a row for Inter who appear to be on the mend after a dreadful start to the season.

Inter climbed to seventh with 30 points from 16 games and are now only five adrift of second-placed AS Roma and three behind neighbours AC Milan.

They have won four times and drawn once in six league games under coach Stefano Pioli, appointed to replace Frank de Boer after the Dutchman was sacked after only 85 days in charge.

Fourth-placed Lazio had the best of the first-half as Ciro Immobile was twice denied by Samir Handanovic and Sergej Milinkovic-Savic headed over from close range.

Inter, however, took control nine minutes after halftime when Banega dispossessed an opponent and unleashed a 20-metre shot which swerved past Federico Marchetti.

Icardi met Danilo D’Ambrosio's cross with a glancing header for the second two minutes later and took his league tally to 14 for the season when he scored with a low drive from Banega's pull-back in the 65th minute.

PSG rebound with 5-0 win against Lorient 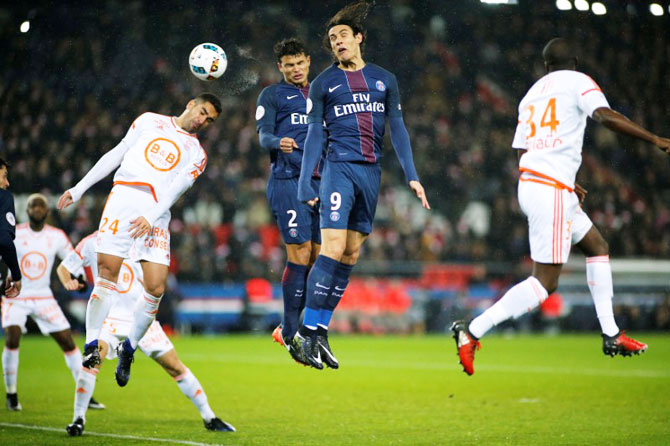 Paris St Germain demolished visiting Lorient 5-0 in their last match of the year on Wednesday to rebound in style from a three-game winless streak in Ligue 1.

Thomas Meunier and Thiago Silva scored either side of a Zargo Toure own goal, while Edinson Cavani and Lucas rounded off the scoring as third-placed PSG moved on to 39 points from 19 games, five behind leaders Nice, who were held to a goalless draw at Girondins de Bordeaux.

Nice finished with nine men after Mario Balotelli and Younes Belhanda were sent off in stoppage time.

Monaco are second on 42 points after goals by Radamel Falcao and Tiemoue Bakayoko earned them a 2-1 home victory against Caen.

At the Parc des Princes, PSG were rewarded for their early dominance when Meunier put them ahead in the 25th minute with a fine lob from just inside the box.

The home side doubled the lead a minute before the interval when Cavani's effort was deflected into his own net by Toure. 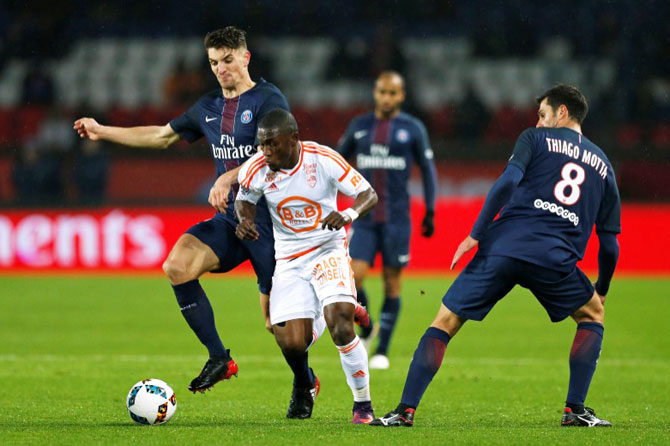 Silva put the result beyond doubt in the 51st, heading home from Lucas's corner, while Cavani rubbed salt into Lorient's wounds by converting a penalty shortly after the hour for his 18th league goal of the season. Lucas added a fifth with a lob 20 minutes from fulltime.

Monaco put last weekend's home defeat to Olympique Lyonnais behind them with victory over Caen.

They took the lead three minutes into the second half when Falcao converted a penalty after being brought down in the box and Bakayoko doubled the tally 14 minutes from fulltime with a 25-metre effort.

Herve Bazile pulled one back in stoppage time for Caen, who were reduced to 10 men when Damien Da Silva was dismissed in the 51st minute.

Lyon, who have a game in hand, are fourth on 34 points after goals by Alexandre Lacazette and Nabil Fekir gave them a 2-0 home win against Angers, while sixth-placed Olympique de Marseille (30) notched up their fourth straight win by beating Bastia 2-1 away.

Ligue 1 will resume on January 13. 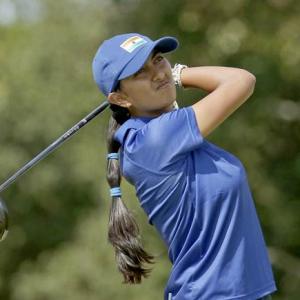 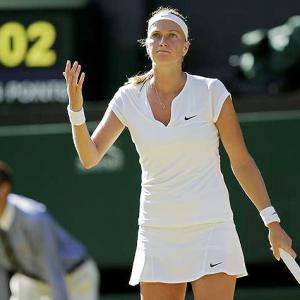 Kvitova faces around 6 months away from competition