- Cristiano Ronaldo has been one of Portugal's biggest culprits, missing an easy chance late in the 1-1 draw with Iceland and firing a penalty against the post late in the Austria match. No team managed as many shots as Portugal in their opening two games at Euro 2016, yet all they have to show for it are one goal, two points and a possible early exit from the competition.

One of the most technically gifted of the 24 teams, Portugal managed 50 goal attempts in their two games, featuring 17 on target, 17 off target and 16 which were blocked.

After Germany, they are also the team that has enjoyed the most possession, at an average of 62 percent per match.

But poor finishing means they go into Wednesday's Group F match against Hungary in third place and a distinctly uncomfortable position. IMAGE: Cristiano Ronaldo, right, scores from a header which was later ruled out for offside against Austria. Photograph: Mike Hewitt/Getty Images

Only a win over the unbeaten Hungarians will take them into the last 16 without depending on other matches.

Hungary, meanwhile, need a draw to make sure of a top-two finish although even if they lose they could qualify as one of the four best third-placed teams.

Cristiano Ronaldo has been one of Portugal's biggest culprits, missing an easy chance late in the 1-1 draw with Iceland and firing a penalty against the post late in the Austria match.

Portugal's players have offered little insight into what is going wrong, saying merely that if they keep trying, the goals will start flowing eventually.

"We did everything well, but once again the ball didn't go in....what can you say?" said Nani after the goalless draw against Austria on Saturday.

"We can't just keep making excuses about the ball not going in. We played well and we were superior to a very strong team. Our time will come, and that will be in the next game. We are going to be very lucky and all our shots will go in." 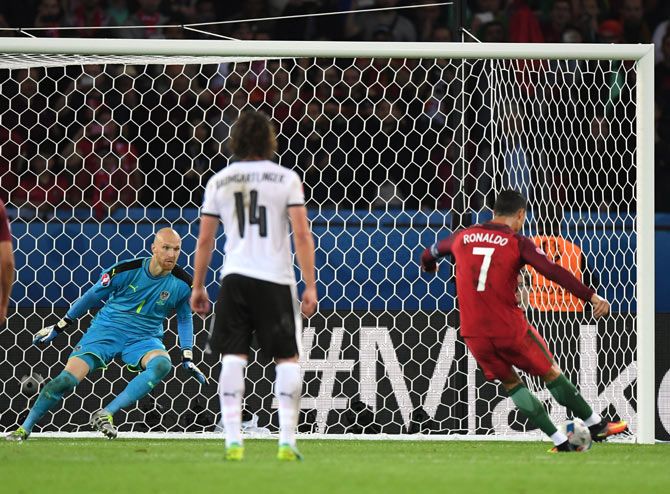 "We're not even thinking of another draw, it's not part of our mentality and would not demonstrate our quality," he said. "We have to resolve this solution and win the last match in the group. I'm sure we will do it.

"The most important thing is to convert the chances we create, which hasn't happened so far. But I'm sure things will change."

"I'm ugly by nature and I don't mind being even uglier."

© Copyright 2020 Reuters Limited. All rights reserved. Republication or redistribution of Reuters content, including by framing or similar means, is expressly prohibited without the prior written consent of Reuters. Reuters shall not be liable for any errors or delays in the content, or for any actions taken in reliance thereon.
Related News: Cristiano Ronaldo, Portugal, IMAGE, Austria, Getty Images
SHARE THIS STORYCOMMENT
Print this article 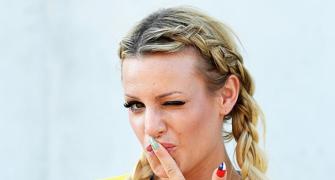 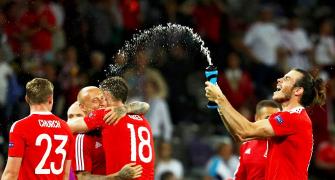 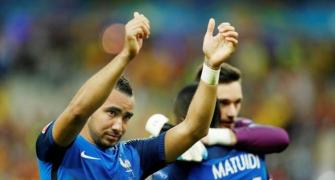 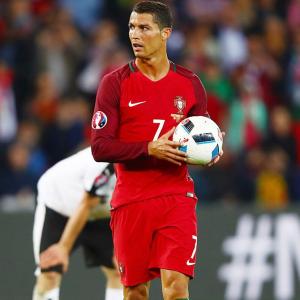 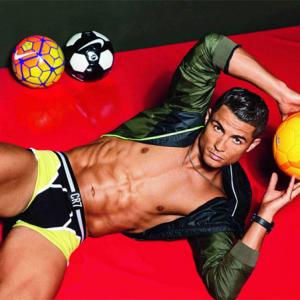