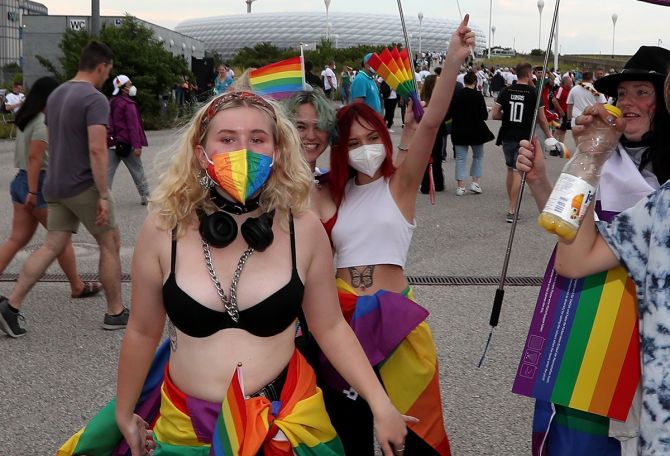 IMAGE: Women with rainbow flags are pictured dancing in front of the Allianz Arena soccer stadium ahead of the Euro 2020 Group F match between Germany and Hungary. Photograph: Alexandra Beier/Getty Images

A protester waving a rainbow flag invaded the pitch ahead of Germany's Euro 2020 clash against Hungary on Wednesday night, and fans outside and inside the stadium carried similar banners to show their support for LGBTQ rights. 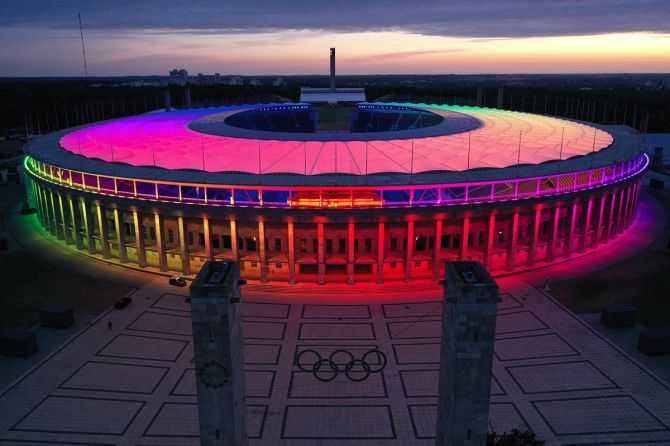 Munich's mayor had wanted the Allianz stadium to be lit in rainbow colours for the match to protest a new law in Hungary banning school materials deemed to "promote" homosexuality and gender change and restricting the media from showing such content in programmes accessible to minors. 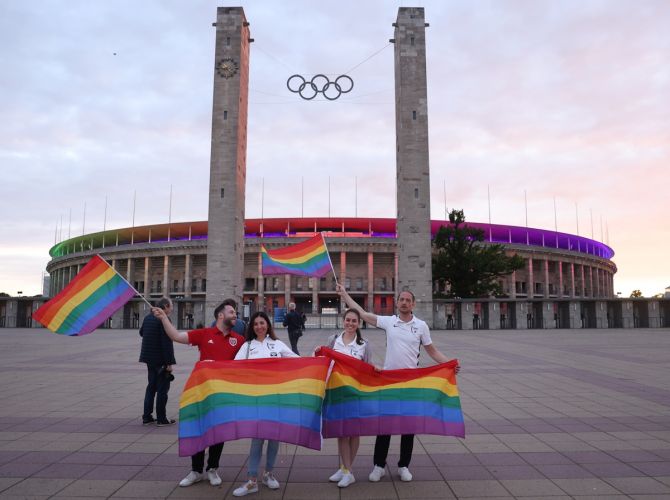 UEFA denied the request, but that didn't matter to the fans streaming into the stadium who carried flags in with them and to the volunteers who handed them out to those entering the stadium.

As security staff led the invader off the pitch, a number of fans waved flags in support and cheered. 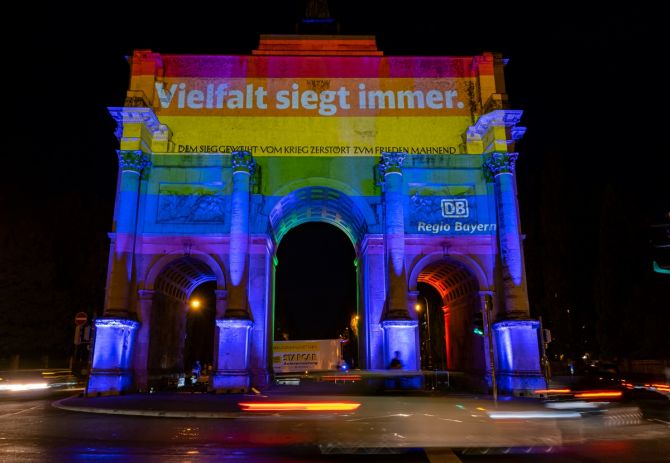 IMAGE: The SIEGESTOR at Ludwigstraße is illuminated in LGBT rainbow colors on June 23, 2021 in Munich. Photograph: Leonhard Simon/Getty Images

Many public transport workers and others around the city had flags to show their views on the issue, while a wind turbine outside the stadium was lit up in rainbow colours, as the mayor had said it would be following the UEFA ruling.

Belgium slam UEFA on rainbow colours and plan own display 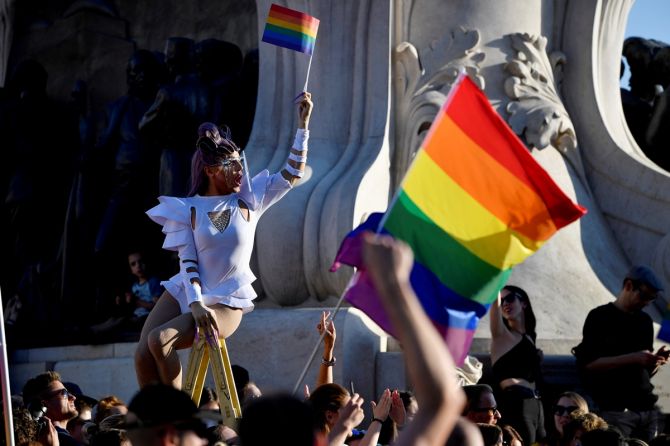 Belgium’s captain will wear rainbow colours on his armband at the European Championship on Sunday and the country’s football association (KBVB) are considering further ways to show solidarity with the LGBTQ movement.

The KBVB criticised UEFA’s refusal for the Munich stadium to be lit in rainbow colours for Germany's Euro 2020 match against Hungary on Wednesday in protest at an anti-LGBTQ law in Hungary.

"We totally disagree with the UEFA decision and are probably going to play on Sunday with a rainbow band," said spokesman Stefan van Loock on Wednesday.

"UEFA should have allowed the rainbow colours to be displayed at the German stadium," he added.

Munich mayor Dieter Reiter wanted to highlight legislation in Hungary banning school materials deemed to promote homosexuality and gender change and restricting the media from showing such content in programmes accessible to minors.

The Allianz Arena is configured to allow the exterior and roofing to be lit up in colours but European football's governing body declined the request, offering instead alternative dates.

"If they say themselves that they are for integration, equality and transparency, then it would have been the appropriate way to display it," added the Belgian media officer.

"We are considering how we can all display the rainbow colours in our match on Sunday, but our captain will have it on his armband."

A large banner in rainbow colours, together with the Belgian association’s badge, was prominently flown at the entrance to the team’s training camp in Tubize, some 25km south of Brussels, on Wednesday.

"We won’t unfortunately get to see any stadium in rainbow colours today so a flag at our training complex was the least we could do to symbolically show that we are not in agreement, at all, with what UEFA have decided," said Van Loock.

UEFA proposed alternative dates to Munich of June 28 or between July 3-9 around Christopher Street Day events held in memory of an uprising by homosexuals in New York in 1969.

"UEFA, through its statutes, is a politically and religiously neutral organisation. Given the political context of this specific request – a message aiming at a decision taken by the Hungarian national parliament – UEFA must decline this request," it said.

Belgium play their last 16 match in Seville, against opponents yet to be established.

© Copyright 2021 Reuters Limited. All rights reserved. Republication or redistribution of Reuters content, including by framing or similar means, is expressly prohibited without the prior written consent of Reuters. Reuters shall not be liable for any errors or delays in the content, or for any actions taken in reliance thereon.
Related News: UEFA, LGBTQ, IMAGE, LGBT, KBVB
COMMENT
Print this article 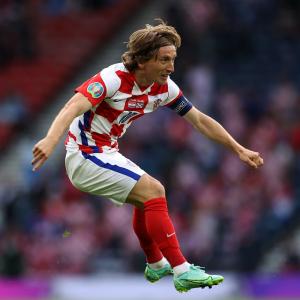