Euro 2020: Czechs cash in with surprise last-16 win over Netherlands 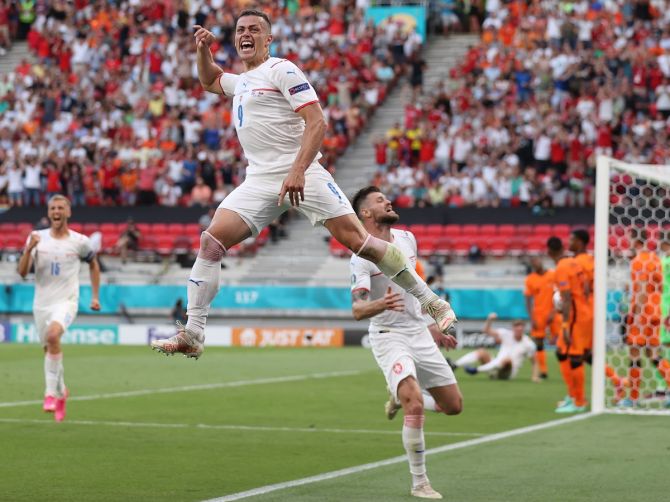 Tomas Holes and Patrik Schick scored second-half goals to take the Czech Republic into the Euro 2020 quarter-finals as they took advantage of a red card for the Netherlands to upset their more fancied opponents and win 2-0 in Budapest on Sunday.

Holes powered home a 68th-minute opener after being set up by Tomas Kalas, as the Dutch watched on hopelessly in their own penalty area.

Schick made sure of the Czechs' surprise success with a close-range finish 10 minutes from fulltime, in front of a capacity crowd that provided a deafening wall of noise at the Puskas Arena for most of an absorbing last-16 contest. 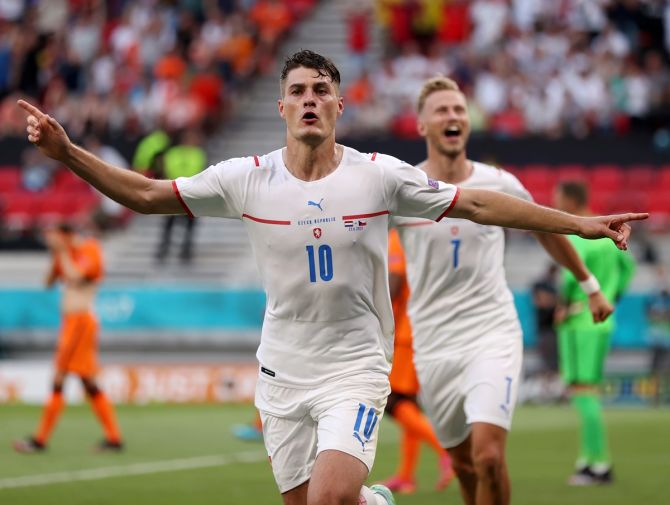 It was a calamitous outcome for the Dutch, who imploded after Matthijs de Ligt was sent off for a cynical handball 10 minutes into the second half, and they will now face some serious soul searching.

De Ligt was sent off after a VAR review by Russian referee Sergei Karasev after punching away the ball as he tumbled to the ground in a tussle with Schick.

Before that pivotal moment, the Dutch had looked to get on top of their opponents with their overlapping runs and passing ability, but a moment of madness from their 21-year-old centre back swung the balance of the contest towards the Czechs, who needed no second invitation to grab the initiative.

The Czechs are now through to face a quarter-final clash with Denmark in Baku on Saturday, turning around their Euro 2020 fortunes having only reached the knockout phase after finishing third in their group. 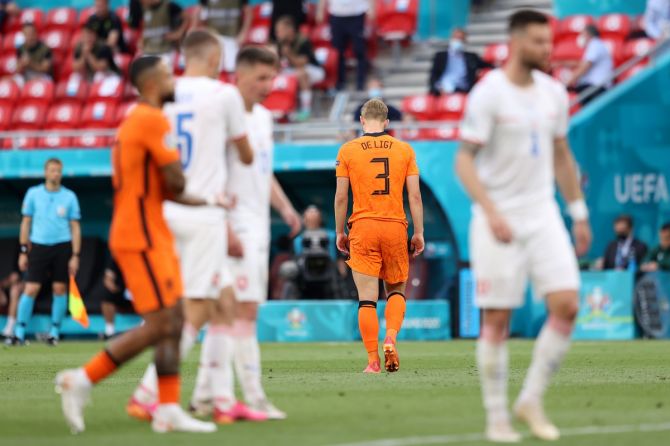 The Dutch could have gone ahead before being reduced to 10 men, with fullbacks Denzel Dumfries and Patrick van Aanholt creating several chances with their overlapping runs.

Yet striker Memphis Depay looked out of sorts and Donyell Malen hesitated with several opportunities -- no more so than when sprinting through the Czech defence to go one on one with Tomas Vaclik, just after the break, before having the ball snatched away from his feet as he tried to round the keeper.

There was an opportunity for the Czechs when stand-in captain Tomas Soucek glanced a difficult header wide in the 22nd minute and Antonin Barak blasted past the target from a tight angle 16 minutes later.

Once De Ligt was dismissed, the Czechs assumed control and the goal came as the Dutch defence was caught static by a set piece that saw Kalas climb above the defence to head back for Holes to score, with veteran Dutch goalkeeper Maarten Stekelenburg caught in no man’s land.

The Dutch then sought to throw on some attacking artillery but quickly wilted in the searing heat as Schick made it 2-0 with Holes pulling the ball back for the striker to net his fourth goal of the tournament.