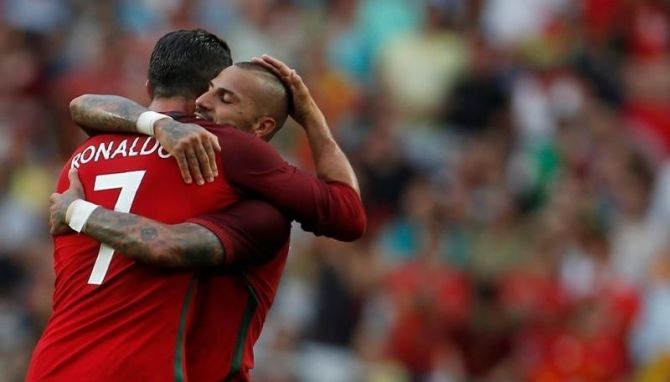 Mercurial forward Ricardo Quaresma scored twice and set up three more goals in a sparkling individual performance as Portugal demolished Estonia 7-0 in their final friendly before Euro 2016 on Wednesday.

The charismatic but erratic forward, given a chance to stake his place in the team for France when he replaced Nani in the starting line-up, even upstaged Cristiano Ronaldo who scored twice before being taken off at halftime.

Quaresma, whom critics say has failed to make the most of his talent in a career punctuated by tantrums, produced his full repertoire of tricks in one of the best international performances of his topsy-turvy career.

The 32-year-old opened the floodgates with two moments of brilliance just before halftime.

This first was a stunning "trivela", an outswinging cross hit with the outside of his right foot, to pick out Ronaldo who got in front of his marker and scored with a bullet header at the far post in the 36th minute.

There was even better to come three minutes later when Quaresma put an extraordinary amount of spin on the ball as he dinked it over Estonia goalkeeper Pavel Londak from inside the penalty area.

Ronaldo, Portugal's all-time leading scorer, exchanged passes with Joao Mario before scoring the third with a scuffed shot, taking his international tally to 58.

Not to be undone, Quaresma narrowly missed the goal with a rabona effort early in the second half, then provided the corner for Danilo to head the fourth.

Another Quaresma cross also led to the fifth goal when Londak punched the ball at team mate Karol Mets and it rebounded into the goal.

Quaresma turned in a Renato Sanches pass for the sixth and substitute Eder added the seventh in a rousing sending-off for the Euro 2012 semi-finalists.

© Copyright 2021 Reuters Limited. All rights reserved. Republication or redistribution of Reuters content, including by framing or similar means, is expressly prohibited without the prior written consent of Reuters. Reuters shall not be liable for any errors or delays in the content, or for any actions taken in reliance thereon.
Related News: Ricardo Quaresma, Cristiano Ronaldo, Portugal, Pavel Londak, Estonia
COMMENT
Print this article 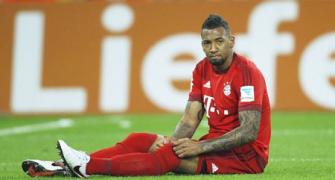 Boateng does not see England making it to Euro semis 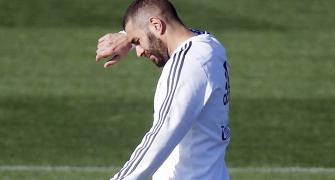 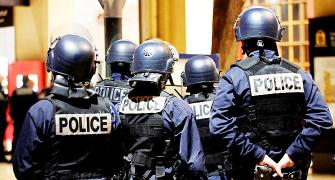