IMAGE: Jose Mourinho is driven away from his accommodation after leaving his job as Manchester United's manager, in Manchester, Britain, on Tuesday. Photograph: Phil Noble/Reuters

Jose Mourinho said on Wednesday that he still had a future in football following his sacking as Manchester United manager, but he would not talk about his departure out of the "deepest respect" for his former colleagues.

United sacked Mourinho on Tuesday after suffering their worst start to a season for 28 years and replaced him with former striker Ole Gunnar Solskjaer until the end of the current Premier League campaign.

"Why should I be sharing more now, even with the supporters, any of my feelings? It's over. That's the way I've always been.

"I've been critical of managers that leave clubs and speak about what's happened and who's to blame. That's not me. I just want to finish like it happened yesterday and I'd like to say ‘it's game over’. I hope you media respect this way for me to be.

"Until I get back to football I have my right to live my normal life. That's what I want to do. United is the past."

Mourinho, who replaced Dutchman Louis van Gaal in May 2016, won the Europa League and League Cup in his first season.

He then guided United to second place in the Premier League and the FA Cup final, where they were beaten by Chelsea, in his second.

Yet his third season was riddled with problems both on and off the pitch, including the breakdown of his relationship with record signing Paul Pogba, before United pulled the plug with the team sitting sixth in the league.

Mourinho's final game in charge was a 3-1 defeat at bitter rivals Liverpool on Sunday.

However, the former Porto, Chelsea, Inter Milan and Real Madrid boss said he would retain positive memories of his time at Old Trafford and not focus on what went wrong.

"I keep the good things and I don't speak about anything that happened in the club. We could speak about so many good things, not as good, but that's not me. It's finished."

Mourinho later added in a statement issued to British media that he had the "deepest respect" for his former colleagues after 2-1/2 years in charge of United.

"I have been immensely proud to wear the badge of Manchester United since the first day I arrived, and I believe all United supporters recognise this," he said.

"I know that you're all aware of my professional principles. Each time a chapter is closed I show my deepest respect and I don't make any comments about my former colleagues.

"I have worked with some wonderful people and I believe that some will be my friends for life."

United's next game is at CardiffCity on Saturday, where Solskjaer was manager for nine months in 2014.

© Copyright 2021 Reuters Limited. All rights reserved. Republication or redistribution of Reuters content, including by framing or similar means, is expressly prohibited without the prior written consent of Reuters. Reuters shall not be liable for any errors or delays in the content, or for any actions taken in reliance thereon.
Related News: Manchester United, Jose Mourinho, Ole Gunnar Solskjaer, Dutchman Louis van Gaal, Chelsea
SHARE THIS STORYCOMMENT
Print this article 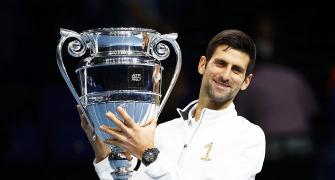 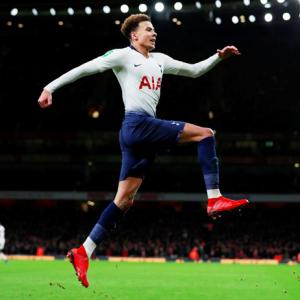