Newcastle owner Mike Ashley had played down comments he made last week that Pardew would have to go if he lost at Stoke, but the home fans still tormented the manager with chants of "sacked in the morning' ringing out at the Britannia Stadium.

Towering striker Crouch rose highest to nod Victor Moses's cross into the top corner of the visitor's goal and give Stoke the lead after 15 minutes.

Pardew's team rarely offered any encouragement to their manager but looked liked they might snatch a draw six minutes from time when the ball dropped to midfielder Jack Colback in front of the Stoke goal.

He squandered the chance, firing against the bar in an inexplicable miss that typified Newcastle's miserable start to the season.

They are second from bottom in the league table with three points and without a win from their opening six games.

"I think we'll have some serious conversations before Saturday because he (Ashley) doesn't want to lose and neither do I," Pardew told Sky Sports.

"I'm here to lead the team. I've never a really been in this situation before but I'm a football manager, that's what I do and will continue to do.

"It's slight margins in the game but another defeat. We can't keep getting beat and we'll have to address that." Newcastle United supporters display a banner calling for the removal of Alan Pardew, manager of Newcastle United at the end of the Barclays Premier League match against Stoke City. Photograph: Gareth Copley/Getty Images

Pardew is the league's second longest-serving current manager but there was no respite from the criticism on Monday, with the visiting fans most vocal while displaying banners calling for him to be fired.

The Stoke players looked much more determined to answer their own critics after a shaky start to their campaign, with just one win from their opening five games.

Nigeria winger Moses's direct running threatened throughout the game and after creating Crouch's goal was unlucky not to win a penalty seven minutes later when Newcastle midfielder Yoan Gouffran barged Moses down as he surged into the box.

Despite looking continually vulnerable to the counter attack the visitors nearly equalised against the run of play just before half time but Stoke goalkeeper Asmir Begovic pulled off a brilliant save to deny full back Daryl Janmaat.

Marko Arnautovic nearly added to Stoke's lead when his volley struck the far post four minutes after the break.

The visitors offered a brief fight back in the final 10 minutes with substitute Gabriel Obertan causing Stoke problems down the wing. The victory was Stoke's first home win this season and moved Mark Hughes's side six places up to 11th on eight points.

"We deserved the win on balance of play. In terms of chances created we always looked a threat when we broke quickly with pace," Hughes told BBC radio.

"I wish Alan Pardew well. It's not easy, I've been in that situation. All you can do is work hard and he will be working with his staff to turn things around."

© Copyright 2021 Reuters Limited. All rights reserved. Republication or redistribution of Reuters content, including by framing or similar means, is expressly prohibited without the prior written consent of Reuters. Reuters shall not be liable for any errors or delays in the content, or for any actions taken in reliance thereon.
Related News: Alan Pardew, Stoke City, Newcastle United, Peter Crouch, Victor Moses
COMMENT
Print this article 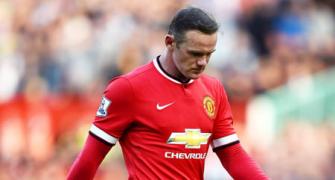 Did Rooney deserve a red card?