A late Emmerson Boyce own goal gave Champions League-chasing Tottenham Hotspur a 2-2 draw at lowly Wigan Athletic that did little to help either side at contrasting ends of the Premier League table on Saturday.

Spurs fans are fretting they will miss out on Europe's premier competition yet again as they stayed fifth and missed the chance to jump into third with four games left, behind second-placed Manchester City who beat West Ham United 2-1.

Champions Manchester United, who visit Arsenal on Sunday, have 84 points ahead of City (71), Arsenal (63) and fourth-placed Chelsea who have a game in hand and are level with Spurs on 62.

Liverpool, in seventh position, recorded the biggest victory of the day as Daniel Sturridge and Jordan Henderson scored twice in a 6-0 rout at struggling Newcastle United.

Perennial strugglers Wigan, looking for a ninth straight season in the top flight, remained third from bottom having thought they would climb out of the drop zone after Callum McManaman scored from 25 metres with a searing 49th-minute effort.

"It should have been three points. I thought the performance was magnificent from start to finish," Wigan manager Roberto Martinez told Sky Sports.

"We gave them a goal but then we deservedly got back in front. To keep a Spurs team so quiet, they only had threats from dead ball situations, is great. We dropped two points but we couldn't have done anything more." 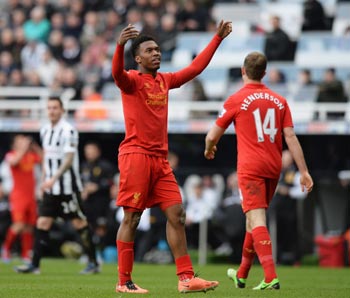 Boyce conceded in the last minute when a cross hit him and went in after Gareth Bale had missed his kick.

The defender had first equalised for Wigan with a towering header after 11 minutes, shortly after Spurs had opened the scoring in comical fashion.

Wigan's Honduran defender Maynor Figueroa casually passed back to goalkeeper Joel Robles who fired the ball against the onrushing Bale and watched it fly into the goal.

Figueroa ended a miserable personal performance when he was carried off on a stretcher with a suspected groin injury which could rule him out of the FA Cup final against City at Wembley on May 11.

City gave the fans something to cheer in their first game since being deposed as Premier League champions with superb goals from Sergio Aguero and Yaya Toure in a deserved home win over West Ham.

Roberto Mancini's side, who lost their title to Manchester United on Monday, took a large step towards securing an automatic Champions League berth next season.

"We needed to respond like this after the 3-1 defeat by Tottenham (on Sunday)," right back Pablo Zabaleta said. "We need to try to finish second."

West Ham, who netted in stoppage time when Andy Carroll's firm shot rolled through keeper Joe Hart's legs, are not mathematically free from relegation but have no realistic worries in 10th position.

Fifth from bottom Newcastle are only five points above Wigan, who occupy the final relegation place, following their mauling by Liverpool who made light of the absence of top striker Luis Suarez who started his 10-game ban for biting.

Doubles from Sturridge and Henderson, a header by Daniel Agger and a Fabio Borini strike moments after he came on as a substitute led Liverpool to victory.

Newcastle also had defender Mathieu Debuchy sent off for a second yellow card in the 75th minute and their worried fans were in open rebellion by the end.

Aston Villa, two points above Wigan in 17th spot, host lowly Sunderland on Monday after bottom two clubs Reading and Queens Park Rangers meet on Sunday knowing if one of them loses they will go down.

At the other end, Everton won 1-0 at home to Fulham thanks to Steven Pienaar as the Liverpool-based side moved three points behind Spurs who agonisingly missed out on the Champions League last term when Chelsea qualified as holders.

Chelsea are above their London rivals in the Champions League playoff spot on goal difference this time and welcome mid-table Swansea City on Sunday before Arsenal, in the last automatic Champions League berth, host champions United.

West Bromwich Albion won 3-0 at Southampton in a lively mid-table clash. Three players were sent off in the second half as the hosts finished with nine men.

© Copyright 2021 Reuters Limited. All rights reserved. Republication or redistribution of Reuters content, including by framing or similar means, is expressly prohibited without the prior written consent of Reuters. Reuters shall not be liable for any errors or delays in the content, or for any actions taken in reliance thereon.
Related News: Wigan Athletic, West Ham United, Liverpool, Chelsea, Newcastle United
SHARE THIS STORYCOMMENT
Print this article 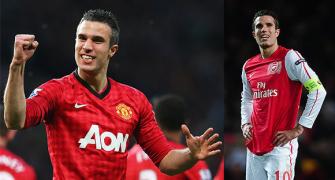 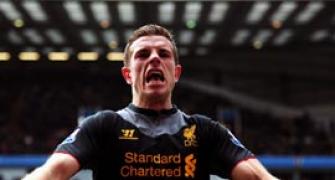 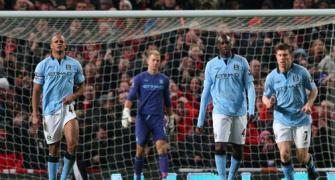 Man United can seal title if City lose to Spurs 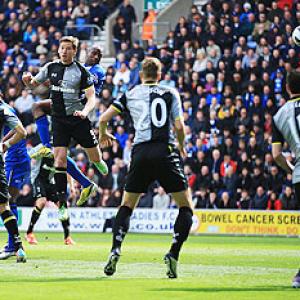 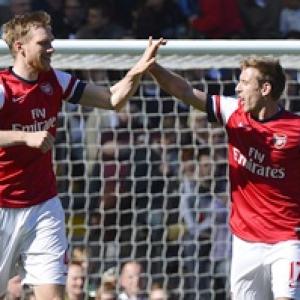