Images from the Premier League matches played across England on Saturday Title-chasing Tottenham Hotspur made hay in the sunshine as Son Heung-min scored twice in a 4-0 thrashing of Watford that closed the gap on Premier League leaders Chelsea to four points in Saturday's early kickoff.

After Dele Alli's majestic curler broke the deadlock in the 33rd minute at White Hart Lane, an 11th consecutive home league win never looked in doubt for Mauricio Pochettino's side.

Eric Dier made it 2-0 six minutes later before Son added a third with a low shot just before halftime to become the first South Korean to score 10 goals in a Premier League season.

Son crashed in his second on the volley in the 54th minute and could have grabbed a hat-trick before being substituted to a standing ovation from the home crowd.

Second-placed Tottenham's sixth successive league victory took them to 68 points from 31 games, turning up the pressure on Chelsea (72) who play Bournemouth away later.

With fit-again leading scorer Harry Kane sunning himself on the bench as one of Tottenham's substitutes, Dutchman Vincent Janssen was given a rare chance to impress.

He had his head in his hands after 19 minutes when somehow failing to divert Kieran Trippier's low cross from in front of goal - the ball striking his thigh and then the bar.

Watford frustrated Tottenham early on but were undone by a piece of Alli magic. A flowing counter-attack began by Moussa Dembele ended with the ball at the feet of Alli who curled an unstoppable shot past former Spurs keeper Heurelho Gomes for his 16th league goal of the season.

Son then put the game to bed on the stroke of halftime with superb left-foot shot from outside the area.

Kane replaced Janssen on the hour and the England forward almost marked his return from a month out with an ankle injury with a stoppage-time free kick that shook the bar.

He also set up Son for what should have been a hat-trick but he shot agonisingly wide hitting the crossbar with a first-time shot from Trippier's pass.

Watford, who conceded four at home to Spurs, had only two shots on target. 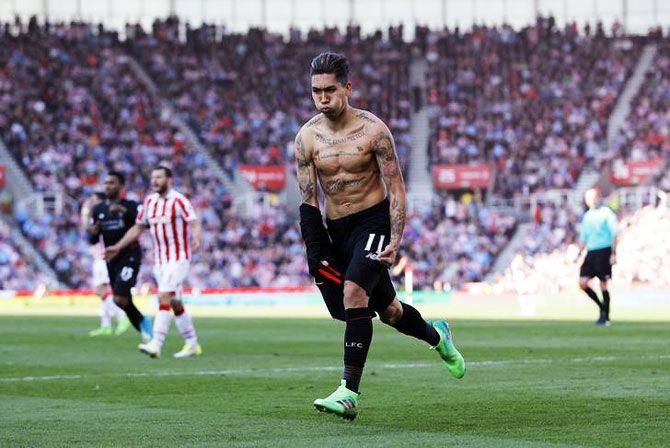 Juergen Klopp's side's hopes of finishing in the Premier League's top four looked set for a damaging blow when Stoke took the lead through Jonathan Walters just before halftime.

The visitors had been subdued in the opening half, barely threatening Stoke's goal, but the introduction of Brazilian duo Coutinho and Firmino at halftime changed everything.

Coutinho equalised with 20 minutes remaining when he shot through a crowded penalty area and three minutes later Firmino's superb lob put Liverpool ahead.

Almost immediately the visitors were indebted to keeper Simon Mignolet who denied Saido Berahino from close range with an incredible save.

Third-placed Liverpool held on to move nine points clear of fifth and sixth-placed Arsenal and Manchester United, both of whom have three games in hand of Klopp's side. 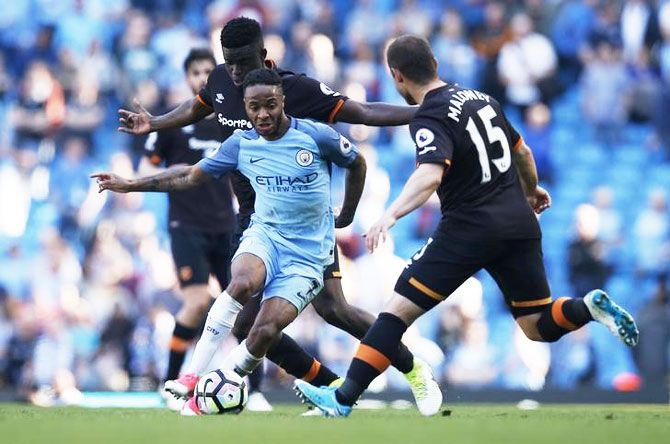 Manchester City claimed their first victory in five league games with a comfortable 3-1 victory over Hull City to calm their top-four jitters on Saturday.

Hull's Ahmed Elmohamady put through his own goal after 31 minutes to give City the lead.

Sergio Aguero made it 2-0 shortly after halftime following a jinking run by Raheem Sterling -- his 10th goal in his last 10 appearances for City.

Fabian Delph hammered in City's third before Andrea Ranocchia pulled one back late on.

Fourth-placed City moved seven points ahead of fifth-placed Arsenal who have two games in hand while Hull remained two points above the bottom three.

Southampton edge past West Brom with a Clasie finish 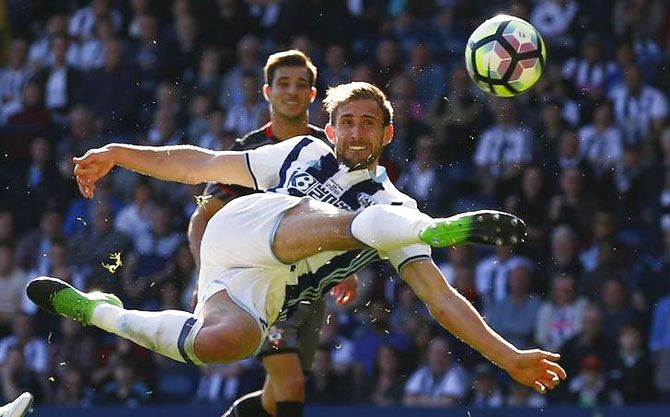 Southampton consolidated their position in the top half of the Premier League after a goal from Jordy Clasie helped the visitors pick up three points at West Bromwich Albion for the first time since 2013.

Dutch midfielder Clasie, who replaced suspended Oriol Romeu in the starting lineup at The Hawthorns, scored his first league goal for Southampton with a spectacular strike from the edge of the penalty area in the 25th minute.

The hosts had a chance to equalise in the closing moments of the first half but Salomon Rondon's headed effort was clawed out by Southampton goalkeeper Fraser Forster.

Southampton, now ninth in the league, maintained their slender advantage with some resolute defending in the second half, despite substitutes James McClean and Hal Robson-Kanu dong their best to inspire an Albion comeback. 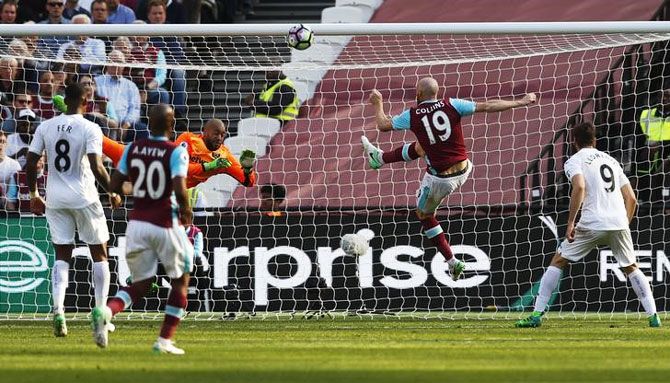 West Ham United ended a run of five successive defeats with a 1-0 Premier League win against SwanseaCity on Saturday to ease their growing relegation fears.

The hosts tested Lukasz Fabianski numerous times in a bright opening before Cheikhou Kouyate struck with a thumping low drive just before the break.

Swansea, who are now without a win in five games, improved marginally after halftime but were only able to create a few half-chances as West Ham held on to register a much-needed victory.

West Ham's first win since early February saw them climb to 14th with 36 points. Swansea still sit in the relegation zone, in 18th place on 28 points.

Middlesbrough missed an opportunity to boost their flagging Premier League survival hopes as they were held to a goalless draw at home to Burnley at the Riverside Stadium on Saturday.

The result against the mid-table Lancashire side, who have not won away from home all season, meant Boro were unable to take full advantage of defeats for relegation rivals HullCity and Swansea and remain next to bottom, six points from safety with seven games remaining.

Burnley were content to sit deep and wait for their opponents, in more desperate need of points, to over-commit to attack, yet it was the visitors who had the better early chances.

© Copyright 2021 Reuters Limited. All rights reserved. Republication or redistribution of Reuters content, including by framing or similar means, is expressly prohibited without the prior written consent of Reuters. Reuters shall not be liable for any errors or delays in the content, or for any actions taken in reliance thereon.
Related News: Tottenham Hotspur, Watford, Kieran Trippier, Swansea, West Ham United
SHARE THIS STORYCOMMENT
Print this article