Sidelined Balotelli set for 'loyalty bonus' if he goes unsold! 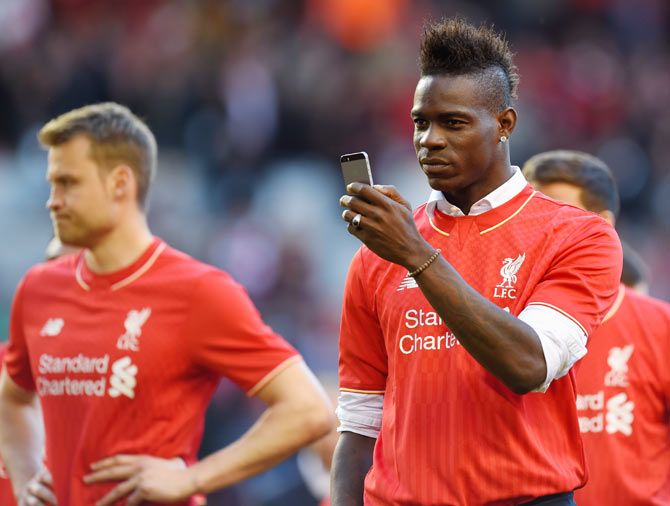 Mario Balotelli of Liverpool takes pictures of the fans on his phone. Photograph: Stu Forster/Getty Images

Out-of-favour Liverpool striker Mario Balotelli will receive a six-figure loyalty bonus if he is still at the club when the transfer window closes on September 1, according to British media reports.

The Italy international has not featured for the club since April 28. He has also been frozen out of manager Brendan Rodgers's squad and is not being allowed to train with the first team.

Balotelli has made just 10 Premier League starts and scored only one goal since joining the Merseyside club for 16 million pounds ($25 million) from AC Milan in August 2014.

He accepted a steep pay cut when he signed his three-year contract at Anfield, but his agent Mino Raiola negotiated a number of add-ons for his client, including a series of lucrative loyalty bonuses.

Raiola said earlier this summer that Balotelli would not leave Liverpool in this transfer window, despite interest from several Italian clubs. 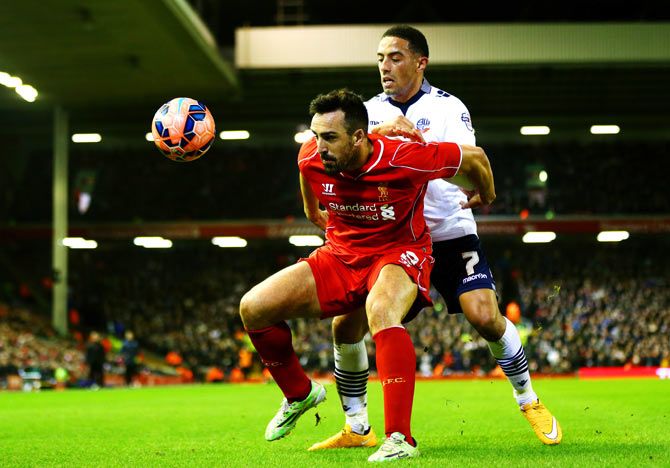 Liverpool have been widely reported to be seeking to offload Balotelli, and earlier this week the club's long-forgotten left-back Enrique accused the manager of "alienating" him, as well as Balotelli and forward Fabio Borini.

Enrique, who lost his place to teenager Joe Gomez in the club’s season-opening match against Stoke City, has been linked with a move to West Bromwich Albion.

But the Spaniard told news portal Marca that Liverpool’s lack of experienced options at left-back could see him return to first-team action in the coming months.

“The club have alienated Balotelli, Borini and me. I have a year left on my contract and I imagine the club will want to sell, but I still want to stay and fight as I always have. I will not give up. I know from experience that football changes from day to night.”

Enrique underwent surgery for a serious knee injury in 2013 and has failed to recapture his best form for the club ever since. He has made 76 Premier League appearances since joining from Newcastle United in 2011.