Man City rivalry with Liverpool the biggest in my career, says Guardiola IMAGE: Manchester City manager Pep Guardiola said he has a lot of respect for Liverpool counterpart Juergen Klopp and added he would even invite the German manager to have a glass of wine with him. Photograph: Carl Recine/Reuters

Manchester City manager Pep Guardiola said no team has pushed him to the absolute limit in the way Juergen Klopp's Liverpool side has and he will remember the rivalry fondly when he eventually retires from the game.

City lead Liverpool by one point going into Sunday's clash at the Etihad Stadium, a game that could potentially decide the fate of the title race with eight rounds left.

Guardiola has had memorable rivalries with Jose Mourinho's Real Madrid when he was at Barcelona and Klopp's Borussia Dortmund when he managed Bayern Munich but he picked a consistent Liverpool as his toughest rival yet.

"When I retire and watch and play golf, I will remember the biggest rivalry was Liverpool. When you achieve 100 points and 98 points (in a season), you need someone to push from behind to be so close," Guardiola told reporters on Friday.

"You have to make another step... I'm sure Liverpool and other teams are going to try to do it. The most credit I give is consistency through the years. Both (teams) have had four or five years.

"That's why (Roger) Federer, (Rafa) Nadal and (Novak) Djokovic have been at the top for so long. Arriving at these stages to win titles, we try to do it."

The two teams were famously involved in a similar title race three years ago when City eventually pipped Liverpool by a point on the final day as both teams went unbeaten in the final stretch of the season.

Guardiola said he has a lot of respect for Klopp and added he would even invite the German manager to have a glass of wine with him.

"If we win, I'd love it. Juergen makes world football a better place to live," the Spaniard said.

"He knows, we spoke together in Germany, the message and the way his teams play. He's a good guy, I don't have any problems with him."

Guardiola said he would never play for a draw in his life but admitted he was not sure a win would make City favourites for the title.

"It will be a massive important three points, but seven games still remain, 21 points, and a lot of things involving the Champions League and FA Cup. We know how important it is," he said.

The two sides will lock horns again in the FA Cup semi-finals next weekend.

Ronaldo back for Man Utd but injured Shaw faces weeks out

Manchester United forward Cristiano Ronaldo will return for their Premier League clash with Everton after overcoming illness but defender Luke Shaw will be unavailable for up to three weeks, interim manager Ralf Rangnick said on Friday.

Ronaldo, United's top goalscorer this season with 12 league goals, will be back after missing their 1-1 draw with Leicester City last weekend while Shaw is set for a spell out due to follow-up treatment for a broken leg sustained in 2015.

"Cristiano is back again," Rangnick told reporters ahead of Saturday's game.

"Luke is still injured, we had to take him off at halftime (against Leicester), he's had his problems with his leg where he had the operation in 2015.

"The doctor told me they decided to remove two metal bolts in his leg and this will happen tomorrow and he will be out for the next two or three weeks.

"Edinson Cavani is still injured, Raphael Varane is injured and will miss out again tomorrow and the same is true for Scott McTominay, he's having problems with the sole of his foot."

Rangnick, whose side are seventh with 51 points from 30 games, said their mentality, attitude and physicality would play a crucial role against Everton who are a point and a place above the relegation zone.

"These factors will decide the game," Rangnick said.

"We're aware of the importance of the game for both sides."

Rangnick's tenure is set to end after this season, with Ajax Amsterdam boss Erik ten Hag a candidate to take over, but the interim boss was not drawn into talk about his successor.

"I don't intend to speak about any possible new managers," Rangnick said.

"From what I know, all the managers with whom the club have so far spoken are top managers, top coaches.

"If this includes Erik ten Hag, then it's also true with him. That's all I can say at this stage."

Arsenal must be more clinical in front of goal after setbacks in recent games, manager Mikel Arteta said on Friday as they bid to return to the top four and qualify for the Champions League.

Arsenal's hopes of securing a top-four Premier League finish were dealt a blow after Monday's 3-0 loss at Crystal Palace. They sit fifth, behind Tottenham Hotspur on goal difference, ahead of Saturday's home match against Brighton & Hove Albion.

The north London side have scored only once in their last three league games, well below par after a five-game winning streak propelled them up to fourth.

"The setback has happened and it's happened with nine games to go and we have to react now. We have to show tomorrow the energy, the commitment and the passion that we want to play the game tomorrow in front of our fans," Arteta told reporters.

"We're going to try to score more goals and we're certainly creating the chances to do so, but we have struggled in recent matches to put the ball in the net and we need to be more efficient in the opponent's box."

Striker Alexandre Lacazette is Arsenal's only senior player in that position following Pierre-Emerick Aubameyang's move to Barcelona in January but the Frenchman has scored only four times in 24 league appearances this season.

"Laca's contribution to the team in many other ways has been phenomenal. Of course, we want the strikers to score goals and we know that when we're winning games as well and we require them to do that," Arteta said.

Arsenal will be without the services of midfielder Thomas Partey after he picked up a thigh injury at Crystal Palace but Arteta said he was unsure if the Ghana international would miss the rest of the season.

"It's a little bit ambiguous, but he has a significant injury and we'll have to keep assessing him, but he will be out for some weeks," Arteta said.

"It could be (an issue), but it could also not be because it's an area where he had a previous injury as well and he felt it straight away." 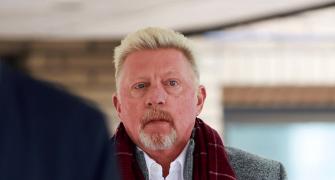 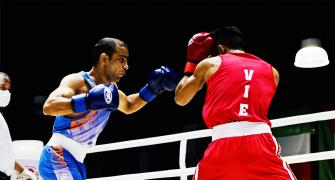 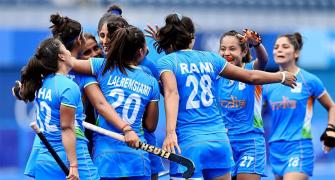 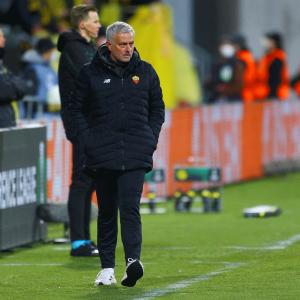