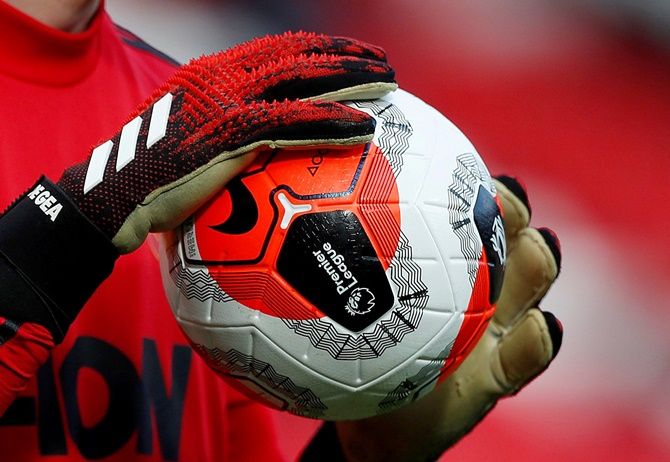 IMAGE: Representatives of the 20 teams took part in a conference call to look at various possible options for restarting the EPL season. Photograph: Lee Smith/Reuters

The English Premier League could show more matches on free-to-air TV platforms once it resumes, including during the normally protected 1500 BST slot on a Saturday, minister Oliver Dowden said on Monday.

Dowden, head of the department for digital, culture, media and sport, said making the games available on free platforms could help to prevent fans from turning up outside the stadium for games that are being shown behind closed doors.

“It is likely to (resume) mid June at the earliest,” he told BBC TV. “It would be a good thing to do if we can and I’m also looking as we do it at increasing the number of matches that could be free to air so people wouldn’t be tempted to leave their homes to watch it.

“There is a rule at the moment that at 3 pm you can’t show matches on TV because people were watching it in the football stadiums, clearly that is not going to be the case anymore, so some of those slots may be available for free-to-air.”