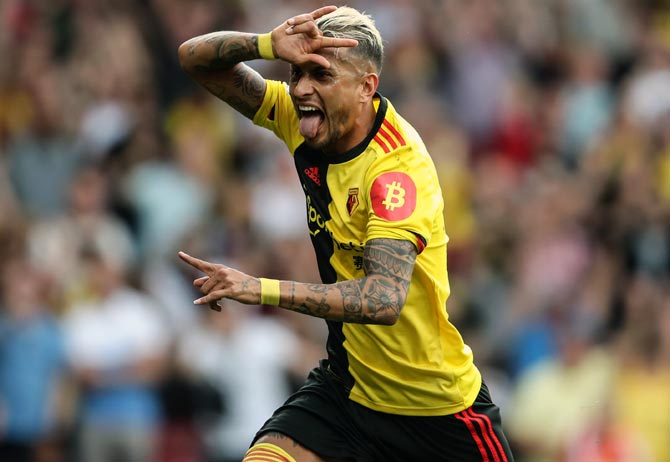 Arsenal squandered a two-goal lead as Watford hit back to draw 2-2 in new manager Quique Sanchez Flores’s first game of his second stint in charge at Vicarage Road on Sunday.

Flores’s return following the dismissal of Javi Gracia after four games of the Premier League season seemed to be going flat as Pierre-Emerick Aubameyang struck twice in the first half.

But Tom Cleverley halved the deficit in the 53rd minute after some dreadful Arsenal carelessness and Watford were rewarded for a much-improved display when substitute Roberto Pereyra converted an 81st-minute penalty awarded after he was brought down by David Luiz. 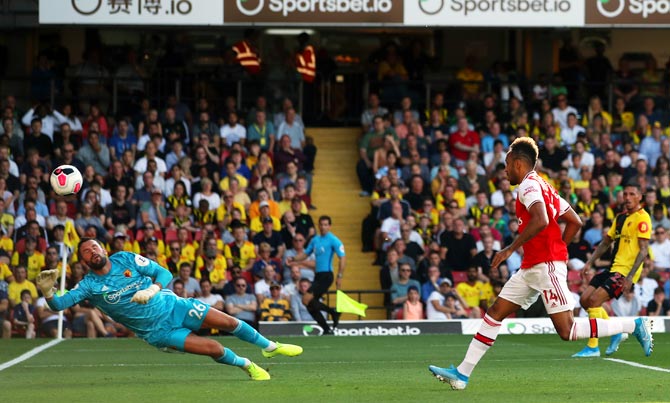 Watford came agonisingly close to winning it with Gerard Deulofeu curling just wide and then Abdoulaye Doucoure having stoppage-time shot saved by Bernd Leno after a counter-attack.

Victory would have put Arsenal into third place but they ended the day seventh in a cluster of clubs on eight points.

Watford are still seeking a first win of the season and remain bottom but they doubled their points tally to two. 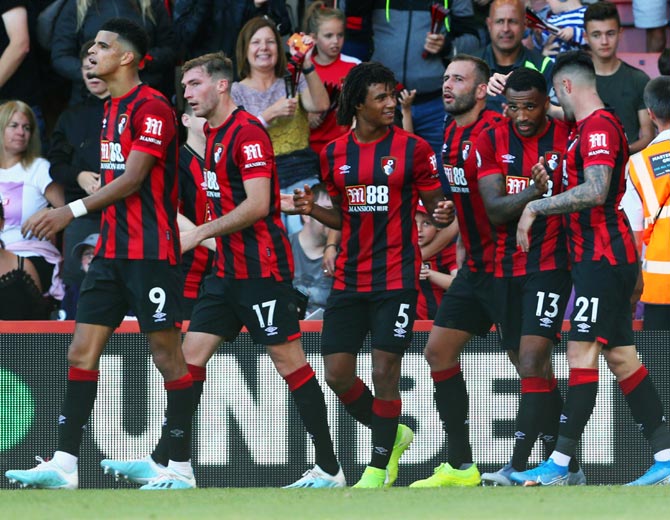 Callum Wilson scored twice for Bournemouth as they enjoyed a 3-1 home victory over a defensively fragile Everton side to move into mid-table in the Premier League on Sunday.

Wilson nodded the hosts into the lead from a corner in the 23rd minute only for Dominic Calvert-Lewin to level it up with a header just before the break -- Everton's first away goal in the league this season.

It was Bournemouth's first home win of the season.

Everton, who could have gone third with a win, are now 11th, below Bournemouth on goal difference with both clubs having seven points from five games.

It was a bitterly disappointing afternoon for Everton who only had themselves to blame for going home empty-handed.

"It was a big frustration," Everton boss Marco Silva said. "We lost the game and we gave some things too easily to our opponent. We have to be ruthless away from home and you have to be clinical in attack.

"Our home form is fantastic but to win our away games we have to be more aggressive and more solid so that we do not concede easy goals."

Everton began strongly in the south-coast sunshine with Calvert-Lewin being denied by a brave save from Aaron Ramsdale and Brazilian Richarlison unleashing a dipping pile-driver that thudded against the angle of post and crossbar but minutes later Bournemouth were ahead.

Everton keeper Jordan Pickford made a smart save, tipping over Dominic Solanki's strike.

But from a corner Everton allowed Solanki to connect with a glancing header that was then sliced up in the air by team mate Josh King and Wilson was well placed to head it in.

Richarlison was a continual danger to Bournemouth and his superb cross was headed home by a towering Calvert-Lewin in the 44th minute to restore parity.

Bournemouth were again indebted to Ramsdale after the break as he denied Gylfi Sigurdsson.

The hosts went back in front though when substitute Fraser's dangerous delivery into the area should have been hacked clear by Delph but the former Manchester City midfielder opted to use his wrong leg and sliced past a helpless Pickford.

If that was bad, Bournemouth's third goal was embarrassing for Everton's defence who were caught out by a hopeful ball forward and Wilson advanced alone before shooting confidently home.

Bournemouth boss Eddie Howe said it had been a vital three points for his side.

"Psychologically, it was hugely important to win that first home game which is why today was a huge moment in our season," he said.

"Callum [Wilson] took his goals really well and he pressed really well. He was an all-round threat and his second goal was a brilliant finish."

© Copyright 2020 Reuters Limited. All rights reserved. Republication or redistribution of Reuters content, including by framing or similar means, is expressly prohibited without the prior written consent of Reuters. Reuters shall not be liable for any errors or delays in the content, or for any actions taken in reliance thereon.
Related News: Watford, Bournemouth, Callum Wilson, Everton, Arsenal
SHARE THIS STORYCOMMENT
Print this article 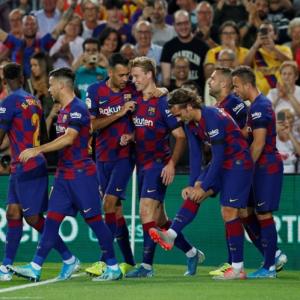