EPL PIX: United down Burnley to go top after 8 years 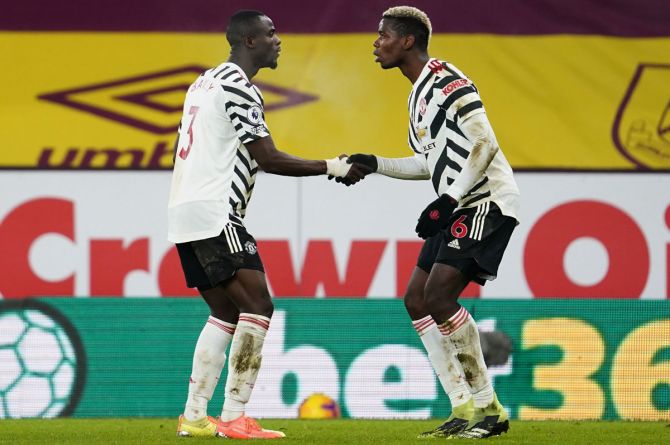 Manchester United moved three points clear at the top of the Premier League after a Paul Pogba goal gave them a hard-fought 1-0 win over Burnley at a freezing Turf Moor on Tuesday.

The victory, in the re-arranged fixture, put United on 36 points from 17 games with rivals Liverpool on 33 points ahead of the clash between the two sides at Anfield on Sunday.

The breakthrough came in the 71st minute when Marcus Rashford floated in a ball from the right which Pogba met with a volley that deflected off the outstretched leg of Burnley defender Matt Lowton and beat the wrong-footed Nick Pope.

It is the first time United have been top of the league after 17 games since December 2012 and the victory was their seventh in eight games away from Old Trafford.

While United did not create as much as they would have expected against a team in 16th place, it was a determined and aggressive display from Ole Gunnar Solskjaer's side.

"We had to dig in and earn it and we did," said the United manager.

"We feel very confident going into games. Away from home we have really done well. We have to believe in ourselves and we do. We've done a great job, it's good times. It's a test against the champions (on Sunday) who have been fantastic, that's a great test for us," he said. United skipper Harry Maguire had an effort ruled out in the first half after referee Kevin Friend ruled he had pushed Erik Pieters as he rose to head in a Luke Shaw cross at the back post.

Burnley applied some late pressure and felt they should have had a penalty when the ball appeared to hit Maguire's arm. James Tarkowski had a great chance to grab a point for the Clarets but failed to make good contact from a goalscoring position.

United should have wrapped up the win in the final minutes but Anthony Martial, through on goal, was denied by the legs of Pope.

Burnley, were gritty and aggressive but Juergen Klopp's Liverpool side at Anfield will offer a very different prospect.

"Of course we know we're going to the champions they've had an unbelievable three seasons so we're ready for it. But we're ready and we're excited, we're hungry for it and it's a test of character and quality again. We're in a good position going into it," said Solskjaer. 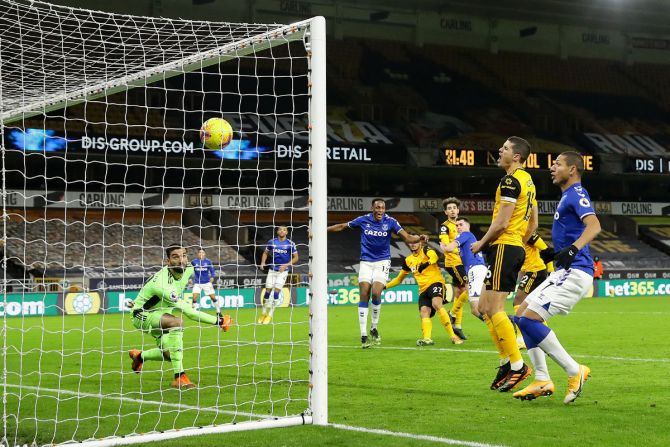 Everton claimed a sixth win from nine away games this season as Michael Keane's late header earned them a 2-1 victory at Wolverhampton Wanderers to move them into fourth spot in the Premier League on Tuesday.

Wolves had looked the more likely winners in a dull second half but Keane's towering header in the 77th minute sealed maximum points for Carlo Ancelotti's side.

Everton moved into the top four with 32 points from 17 games while Wolves dropped a place to 14th spot with 22.

"I thought we showed brilliant character. We had a few players missing today but showed the strength of the squad," the former Burnley defender said.

"We are a massive threat from set plays. It wins us games so it is massive. I thought the lads did really well, everyone worked their socks off."

Everton have scored nine headed goals this season, more than any other team in the top flight, and Keane's effort would have got a nod of approval from the club's former aerial wizards such as Bob Latchford and Duncan Ferguson.

When Andre Gomes had the ball out on the left there appeared to be no immediate danger but his outswinging cross was met by a soaring Keane whose thumping header arrowed into the corner past a helpless Wolves keeper Rui Patricio.

It was slightly harsh on Wolves who almost levelled again when Neves curled a free kick against the outside of the post.

Iwobi has often flattered to deceive since joining from Arsenal but his sixth-minute opener was beautifully taken.

A sweeping move saw James Rodriguez pick out Lucas Digne and his ball inside was met sweetly by Iwobi whose first-time shot took a slight deflection off Conor Coady and past Patricio.

Wolves trailed for only seven minutes though as Neves showed great skill to direct a volley past Jordan Pickford from Rayan Ait-Nouri's driven cross.

Everton were well-organised in the second half, however, and Keane's header continued their superb away form.

"If you win here you have to have a good performance. We had a good game," Ancelotti said. "The game was in the balance, we won thanks to Michael Keane, who scored a fantastic goal."

© Copyright 2021 Reuters Limited. All rights reserved. Republication or redistribution of Reuters content, including by framing or similar means, is expressly prohibited without the prior written consent of Reuters. Reuters shall not be liable for any errors or delays in the content, or for any actions taken in reliance thereon.
Related News: Michael Keane, Burnley, Manchester United, Everton, Alex Iwobi
SHARE THIS STORYCOMMENT
Print this article 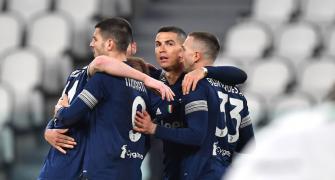 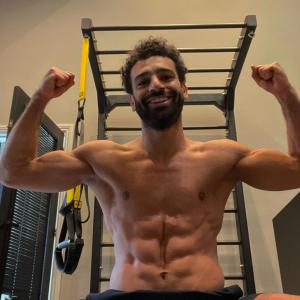 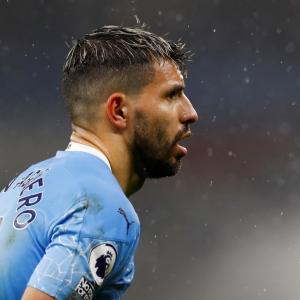 'Aguero out for up to 10 days due to quarantine'