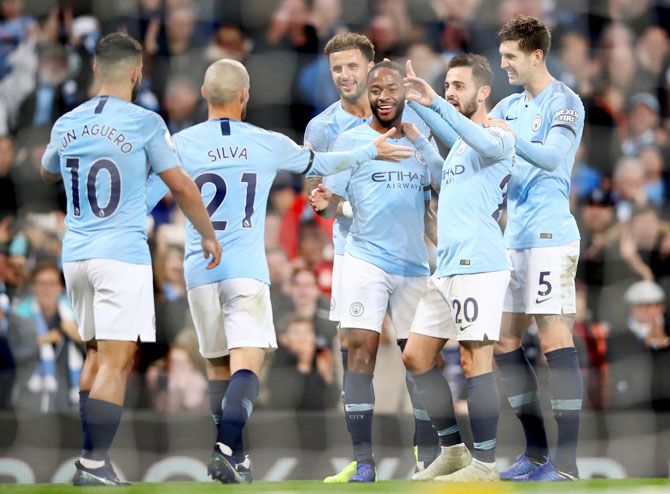 Raheem Sterling struck twice as Premier League leaders Manchester City crushed Southampton 6-1 at the Etihad Stadium on Sunday, the fourth time they have scored five or more goals in the 11 games so far this season.

The defending champions were 4-1 up by half-time and the result could have been even worse for Mark Hughes on his return to his former club.

Sterling was outstanding, a constant threat down the flank, and he was delighted that his side took advantage of second-placed Liverpool's draw at Arsenal on Saturday.

"I thought it was a great team performance, not just with the ball. We were brilliant at times today," said the former Liverpool forward.

"I am grateful for the position I am in, learning and trying to get better. It is great times at the moment.

"After Liverpool dropped points it was important that we won," he added.

City, who now have a two-point lead over Liverpool, took just six minutes to open the scoring. David Silva fed Leroy Sane on the left and the German’s low cross was turned by Southampton defender Wesley Hoedt into his own net. 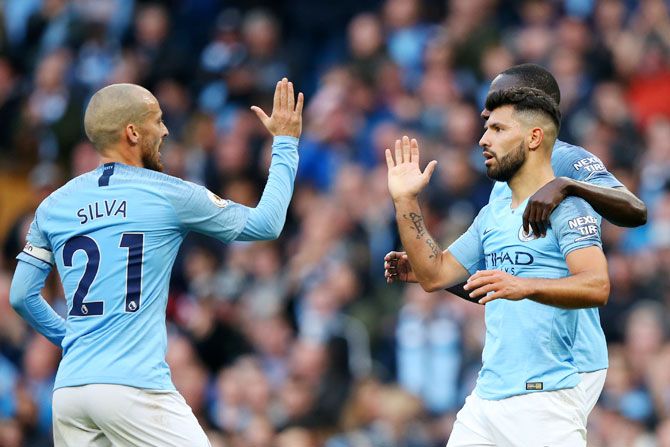 Six minutes later and City were 2-0 up after Bernardo Silva fed Sterling on the right and the England winger’s low cross was slotted home from close range by Sergio Aguero, the Argentine’s 17th goal in his last 13 home games.

The game was virtually over by the 18th minute when Sterling’s cross from the right eventually found David Silva whose left-foot drive flew past the helpless Alex McCarthy.

Southampton got a little encouragement when Danny Ings was brought down by City keeper Ederson and rose to convert the spot kick in the 30th minute but on the stroke of half-time City restored their three-goal advantage when Aguero passed to Sterling inside the box and he took his time before firing home.

Sterling struck again to make it 5-1, drilling into the bottom corner after being slipped in by the unselfish Aguero and Sane completed the rout in stoppage time.

Southampton are in 16th place, two places above the relegation zone with a solitary win this campaign and manager Hughes was left to rue the disastrous start to the game.

"Opening period is always important in any game and we didn't really acquit ourselves well. City will always ask questions and have a lot of talent, power and pace. They create two versus ones in good areas.

"You need to be more aggressive than we were able to show. We found ourselves 3-0 down and to all extents and purposes the game is gone," said the Welshman.

"I was more pleased second half that we showed some pride. The scoreline is maybe a bit of a harsh state from our point of view. But you have to hold your hands up, City are a very good team." 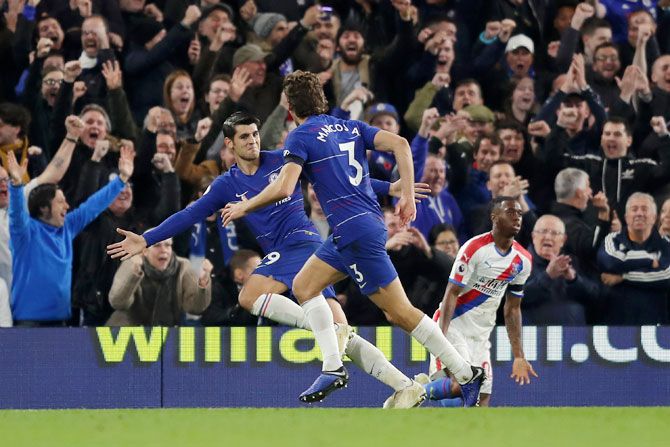 Alvaro Morata scored twice as unbeaten Chelsea climbed to second in the Premier League with a 3-1 victory against Crystal Palace on Sunday.

After Liverpool drew at Arsenal on Saturday, Chelsea knew victory would send them second and in-form Spain forward Morata saw them on their way with two smart finishes.

First the 26-year-old skilfully controlled and converted Pedro's cross in the 32nd minute, then -- after Andros Townsend equalised -- the often maligned Morata lashed home from a tight angle in the 65th minute for his fourth goal in four league matches.

Pedro then sealed the victory five minutes later, ghosting into the box to convert Marcos Alonso's cross in the 70th minute for a Chelsea side, who also welcomed back Eden Hazard as a second-half substitute.

Chelsea, one of three unbeaten sides, have 27 points from 11 games -- two fewer than leaders Manchester City -- and lead Liverpool in third on goal difference.

Palace, meanwhile, have won just twice in the league this season and remain 14th with eight points. 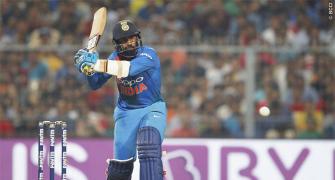 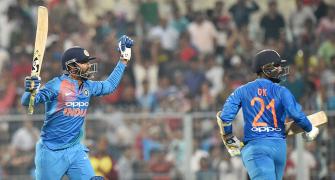 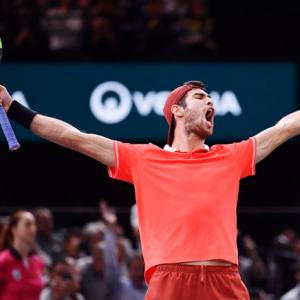 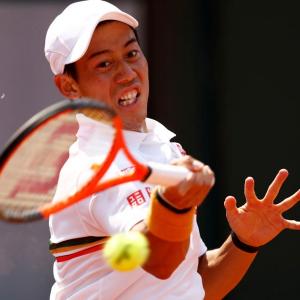