Manchester City’s hopes of closing the gap on the Premier League pacesetters were frustrated as they were held to a 1-1 draw at home to lowly West Bromwich Albion on Tuesday.

City took the lead on the half hour when Raheem Sterling did well to work his way to the byline and pull the ball back to Ilkay Gundogan who expertly side-footed home.

But West Brom, second bottom of the league, drew level two minutes before the break when a shot on the turn from Semi Ajayi hit City defender Ruben Dias and deflected past wrong-footed goalkeeper Ederson.

The hosts camped in West Brom’s half throughout most of the second period but Slaven Bilic’s side showed tremendous determination and defensive solidity.

City had late chances though -- Kevin De Bruyne went close with a free kick that West Brom keeper Sam Johnstone did well to reach while Sergio Aguero blasted wide from a good position.

Johnstone did well again in stoppage time to keep out a close-range Gundogan header and denied another great opportunity for Sterling who headed straight at the keeper.

After 12 games Pep Guardiola’s City are in sixth place, five points behind leaders Tottenham Hotspur and Liverpool who both have 25 points and face each other at Anfield on Wednesday.

“It is not about the points (off the top), you have to win games like this,” said Guardiola.

“We know it, we drop points. These are the ones you have to win. It’s not far away to the top of the league but you have to beat West Brom at home,” he added.

“You don’t have to be so clever to see the gap between this year and previous years (in our results). It is not confidence, Sergio Aguero is injured for four months, but we create chances, we are there we just can’t score.”

Bilic was proud of the way his team stuck at their task for 90 minutes.

“The team was working hard, a great defensive performance. We are playing against great players, we knew we are not going to see much of the ball. We defended brilliantly, it’s a great point, but more than that, it shows we know what we have to do in every game,” said the Croat.

“We are defending for our lives, ready to die for each other on the pitch and that’s all I can ask.

“Sam Johnstone made some great saves at the end, the two headers. I said before the season we will need a great goalkeeper and he is doing that for us. Every time we need him he is there. And we need him.” Wolverhampton Wanderers’ Pedro Neto struck a stoppage-time winner as they came from behind to beat Chelsea 2-1 in the Premier League on Tuesday.

Frank Lampard’s visiting side had the better of the first half at Molineux and centre-half Kurt Zouma powered a header against the bar just before the break.

In-form French forward Olivier Giroud then fired Chelsea ahead in the 49th minute, meeting a Ben Chilwell cross with a superb angled volley at the near post that goalkeeper Rui Patricio was unable to stop cross the line.

But Wolves drew level in the 66th minute when Daniel Podence cleverly created space for himself in the box and then drove a slightly deflected shot past keeper Edouard Mendy.

Wolves were then awarded a penalty, 10 minutes from the end, when Pedro Neto went down inside the box as he was approached by Reece James but the decision was overturned after a VAR review showed there had been no contact.

But Portuguese forward Neto decided the encounter late in added time when he finished off a counter-attack, running at Kurt Zouma before drilling the ball into the bottom corner.

Chelsea, who have now lost back-to-back games, remain fifth on 22 points from 13 games, three behind leaders Tottenham Hotspur and Liverpool who meet at Anfield on Wednesday.

“At 1-0 we should see the game out,” said Lampard who suggested his team may have become complacent after their 17-match unbeaten run before defeat at Everton last week.

“If you are not playing that well, which we weren’t at that time, hang on to 1-0, don’t allow counter-attacks,” he said.

“Performance is what gives you results. We were playing very well, a long unbeaten run and then maybe the lads think we are playing well and the minute you think you are playing well things like this can happen,” he added.

Wolves, who had lost their last two matches, move up to ninth place on 20 points.

© Copyright 2021 Reuters Limited. All rights reserved. Republication or redistribution of Reuters content, including by framing or similar means, is expressly prohibited without the prior written consent of Reuters. Reuters shall not be liable for any errors or delays in the content, or for any actions taken in reliance thereon.
Related News: West Brom, Chelsea, Raheem Sterling, Pedro Neto, Manchester City
COMMENT
Print this article 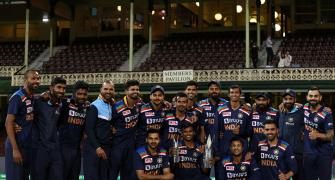 India vs Aus: 1st Test: Who will win? 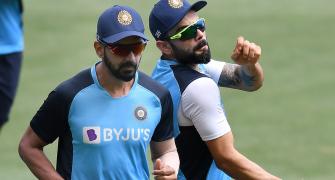 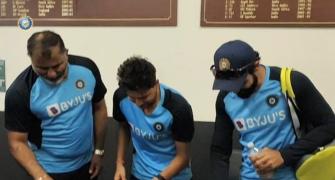