EPL PIX: Vardy at the double as Leicester thrash Newcastle 5-0 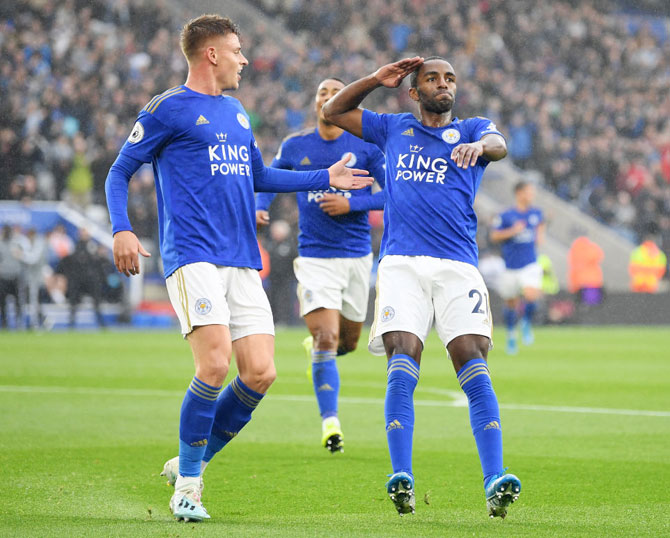 A superb solo goal by Ricardo Pereira and a Jamie Vardy brace helped lift Leicester City to third place in the Premier League as they thrashed 10 man Newcastle United 5-0 on Sunday.

Despite playmaker James Maddison missing out due to an ankle injury, Leicester still got off to a great start when defender Pereira finished a surging run at the flat-footed Newcastle defence by slotting the ball home in the 16th minute.

Whatever slim chance Newcastle had of getting something out of the game quickly evaporated when midfielder Isaac Hayden was shown a straight red card just before halftime for a dangerous challenge on Dennis Praet.

Vardy added the second in the 54th minute, latching on to a pass from Harvey Barnes to finish first-time with his left foot from a very tight angle. There was more shambolic defending from Newcastle as Paul Dummett deflected Praet's shot into his own goal shortly afterwards.

Vardy stole in at the far post to head the fourth from Marc Albrighton's cross in the 64th minute and Wilfred Ndidi scored the fifth in the final minute of normal time. 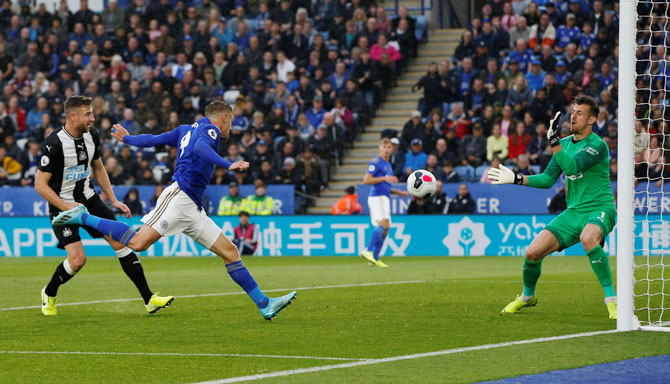 "We've got lots of different ways we can score. Everyone's seen obviously that we used to be really counter-attacking, but now we've got different dimensions to our attack, and that's what you've seen today with the goals," Vardy told Sky Sports.

The striker was full of praise for Pereira for his clinical finish.

"Delighted for him, weaker foot as well and he slotted it in the bottom corner. You've seen what he's like, consistently good and he's only going to get better," he said.

Newcastle captain Jamaal Lascelles tore into his team mates after their abject performance.

"Terrible from the boys. It is no one's fault but ourselves. We went a man down but after that we still had 10 on the pitch and leaking four goals is not acceptable," the central defender said.

"The way we conceded the goals was terrible and it has never happened before. The boys do care and the man down was disadvantage but you can still roll your sleeves up and get into a shape where you don't concede any more... it's not good enough," he added.

The win lifts Leicester to third place on 14 points ahead of their visit to Liverpool, while Steve Bruce's side are second from bottom and will host Manchester United next.

© Copyright 2020 Reuters Limited. All rights reserved. Republication or redistribution of Reuters content, including by framing or similar means, is expressly prohibited without the prior written consent of Reuters. Reuters shall not be liable for any errors or delays in the content, or for any actions taken in reliance thereon.
Related News: Leicester, Jamie Vardy, Newcastle United, Ricardo Pereira, Dennis Praet
SHARE THIS STORYCOMMENT
Print this article 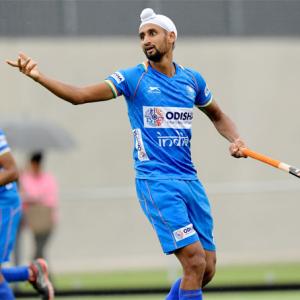 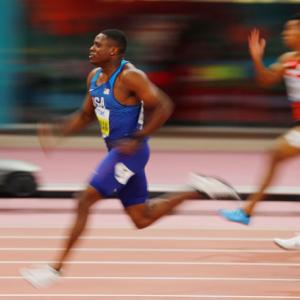