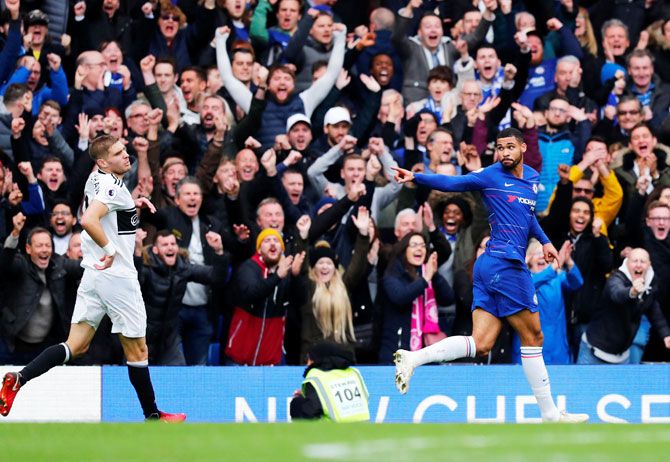 Goals in each half from Spain's Pedro and homegrown midfielder Ruben Loftus-Cheek earned Chelsea a 2-0 win over southwest London rivals Fulham in the Premier League on Sunday.

N'Golo Kante dispossessed Jean Michael Seri in the middle of the pitch in the fourth minute and sent a perfectly-weighted pass to Pedro who stepped inside and fired low with his left foot into the bottom corner.

Chelsea buzzed round their neighbours' goal for the rest of the half without finding a way through and bottom club Fulham, who won their first game under former Chelsea boss Claudio Ranieri last week, grew in confidence in the second half.

Yet their hopes were snuffed out in the 82nd minute when Eden Hazard fed substitute Loftus-Cheek and the England midfielder knocked the ball home.

The result lifted Chelsea above Tottenham Hotspur, who inflicted a first defeat of the season on Chelsea last week, and into third in the Premier League -- at least until the Arsenal-Tottenham derby later on Sunday. 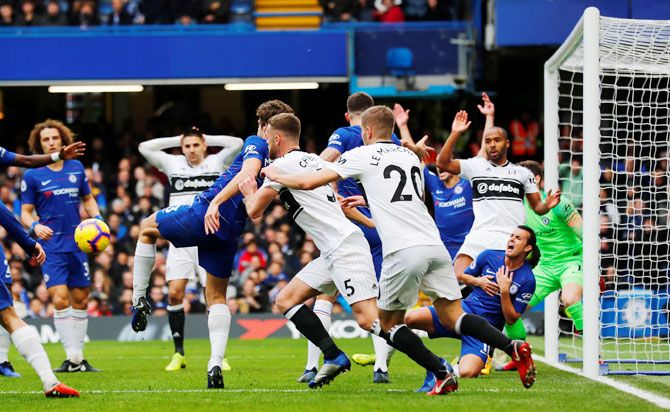 "It wasn’t easy the days after Tottenham for me and the players. It was important to react. In the mind of the players there was only the result."

Sarri left striker Alvaro Morata on the bench, but it did not look like goals would be in short supply after Pedro broke the deadlock so early in the match, with Chelsea's 1000th home Premier League goal.

Yet even against the league's most porous defence, Chelsea struggled to create a killer chance to make it 2-0.

Fulham's resistance was broken late on when Loftus-Cheek found the net on his 50th Premier League appearance.

"They looked dangerous at times. When I get the opportunity I just do my best."

The second goal killed off any hope Fulham had of a comeback, but Ranieri took the positives from his second match in charge.

"We made good decisions in a short time," Ranieri said.

"We had good chances to draw, but they scored the second. They have quality players, Hazard is amazing. I am satisfied by the performance, not the result."

Arsenal come from behind to beat Spurs 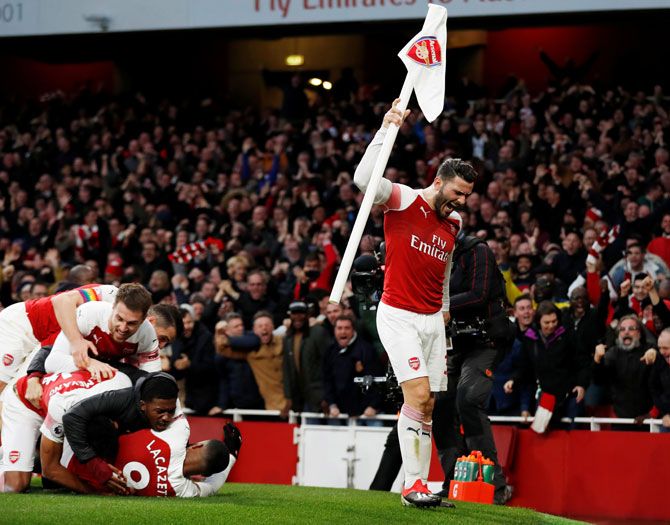 Arsenal came out on top in the north London derby on Sunday, sinking rivals Tottenham Hotspur 4-2 in a scintillating match at the Emirates and leapfrogging them to go fourth in the Premier League table.

A brace from Gabonese striker Pierre-Emerick Aubameyang and strikes from Alexandre Lacazette and Lucas Torreira helped overhaul goals from Eric Dier and Harry Kane, who notched his eighth in eight derbies.

Aubameyang gave the home side the lead from the penalty spot in the 10th minute after a clumsy handball by Spurs' Jan Vertonghen, who flung his arm up to knock a corner kick off course and prevent Shkodran Mustafi from heading the ball goalward.

Tottenham flipped the match on its head within the half with goals from Eric Dier and Harry Kane, Dier heading in from a Christian Eriksen free kick and Kane scoring from the spot after Son Heung-min was judged to have been brought down in the area. 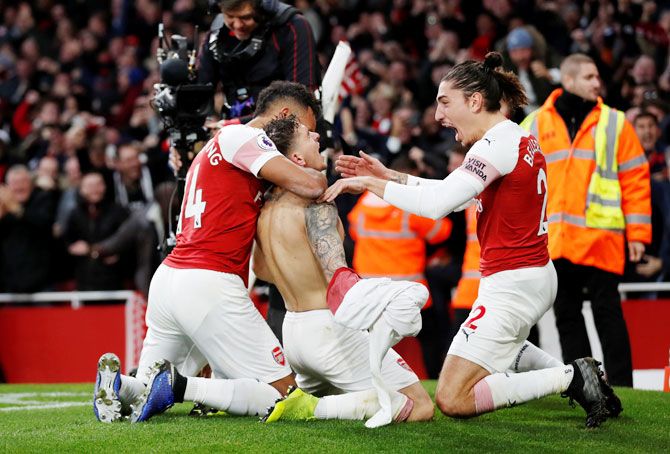 Aubameyang levelled again in the 56th minute before second-half substitute Lacazette put Arsenal ahead with a deflected strike from outside the area.

Arsenal, unbeaten in 19 games in all competitions, moved above Spurs into fourth place in the league on goal difference, with both teams on 30 points.