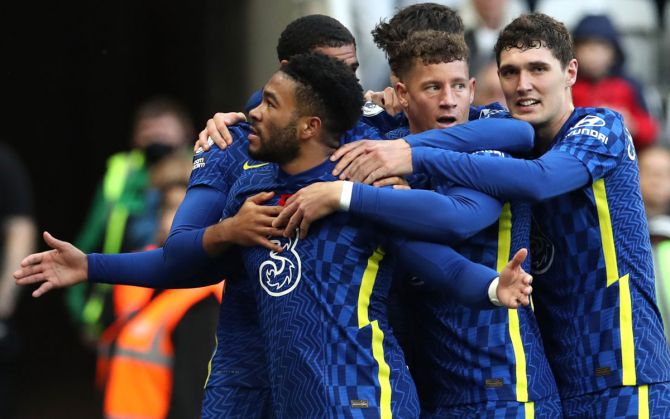 Chelsea moved three points clear at the top of the Premier League after Manchester City lost 2-0 at home to Crystal Palace and Liverpool were held to a draw by Brighton & Hove Albion on Saturday.

Thomas Tuchel's Chelsea coasted to a 3-0 win at struggling Newcastle United with Reece James scoring twice before a Jorginho penalty wrapped up the victory.

The West London club have 25 points from 10 games with Liverpool three points behind and champions City two further back.

City fell behind to a Wilfried Zaha goal in the sixth minute and had defender Ayeric Laporte sent off for denying Zaha a goalscoring opportunity on the stroke of halftime. 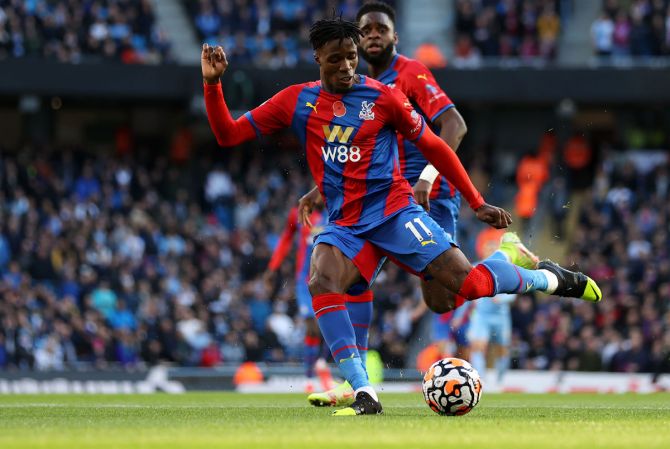 Gabriel Jesus had an effort for City disallowed for offside by VAR before Conor Gallagher secured the surprise victory for Palace.

Liverpool, on a high after their 5-0 thrashing of Manchester United last Sunday, were brought back down to earth by a 2-2 draw with Brighton at Anfield.

Jordan Henderson and Sadio Mane put Juergen Klopp's side in control but Zambian midfielder Enock Mwepu brought Brighton back into the game with a delightful long-range effort that sailed over Liverpool goalkeeper Alisson Becker. 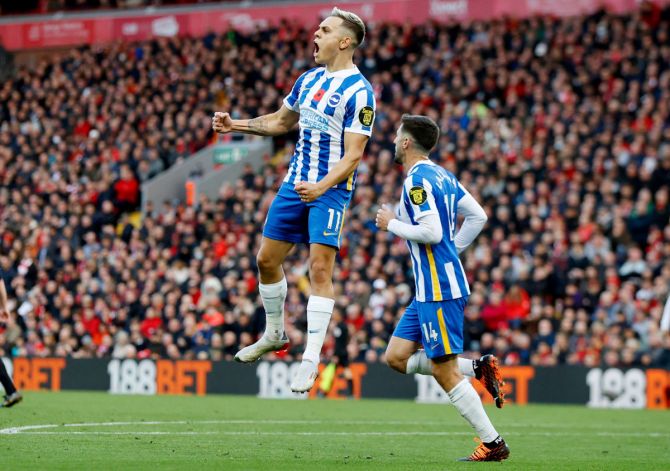 Brighton gained the upper hand after the break and drew level in the 65th minute when Leandro Trossard side-stepped his marker and drove a low shot past Alisson.

The end-to-end action saw three goals ruled out after VAR checks, as Mane had one chalked off for handball and Salah another for offside while Trossard's effort was also scrapped for offside.

Arsenal's good run of form continued with a 2-0 victory at Leicester City thanks to goals from Gabriel and Emile Smith Rowe.

United ease pressure on Solskjaer with easy win at Spurs 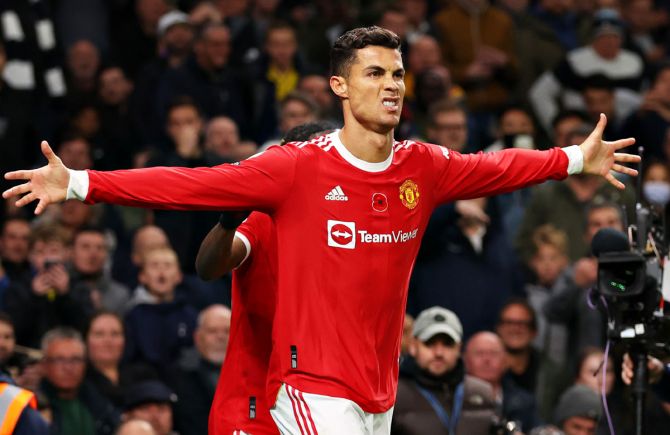 Manchester United thrashed Tottenham Hotspur 3-0 with goals from Cristiano Ronaldo, Edinson Cavani and Marcus Rashford in the Premier League on Saturday to ease the pressure on manager Ole Gunnar Solskjaer.

Ronaldo struck in the 39th minute with a perfect right-foot volley into the far corner of Hugo Lloris's net from a glorious pass by Portuguese compatriot Bruno Fernandes.

Cavani added the second in the 64th and substitute Rashford wrapped up a comfortable win four minutes from time as United put last weekend's 5-0 home drubbing by Liverpool behind them.

"Great goals, all of them," Solskjaer said. "The first one is the major one. What a pass from Bruno and Cristiano is the best. If he misses one he's still as focused for the next one.

"The experience of Edinson Cavani and Cristiano is massive. We need it. We can't hide. The week has been difficult for all the players. They really stuck at it."

United's first Premier League win since Sept. 19 lifted them to fifth in the table on 17 points from 10 games, while Nuno Espirito Santo's shot-shy Spurs side are in eighth on 15.

The visitors came into the match following a week in which questions were raised about the future of Solskjaer after arch-rivals Liverpool ran them ragged at Old Trafford on Sunday.

But led by the class of Ronaldo the visitors dug in and battled for their under-fire boss in a first half which ended with the Portuguese volleying the opener to settle his side.

It was Ronaldo's 11th goal in 19 games against Spurs and the forward has scored more times against the London side than any other English team during his career.

Tottenham struggled to carve out any clear openings with Harry Kane lacking support despite the efforts of Son Heung-min and Lucas Moura, whose substitution was booed by the home fans.

Ten minutes later Cavani was played through by Ronaldo and the Uruguayan calmly clipped the ball into the net to give United breathing space and silence the disgruntled home crowd.

It was left for Rashford to come off the bench and apply the coup de grace with a simple finish to give Solskjaer hope that he can turn the season around and save his job. 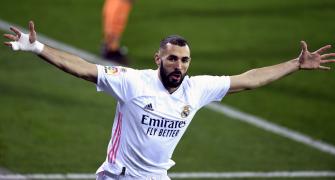 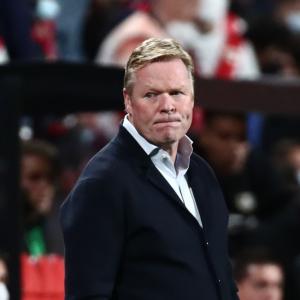 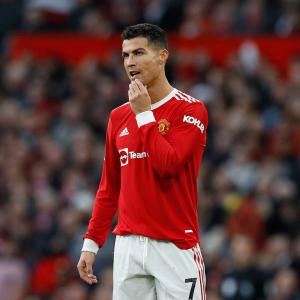