IMAGES from the EPL matches played on Sunday 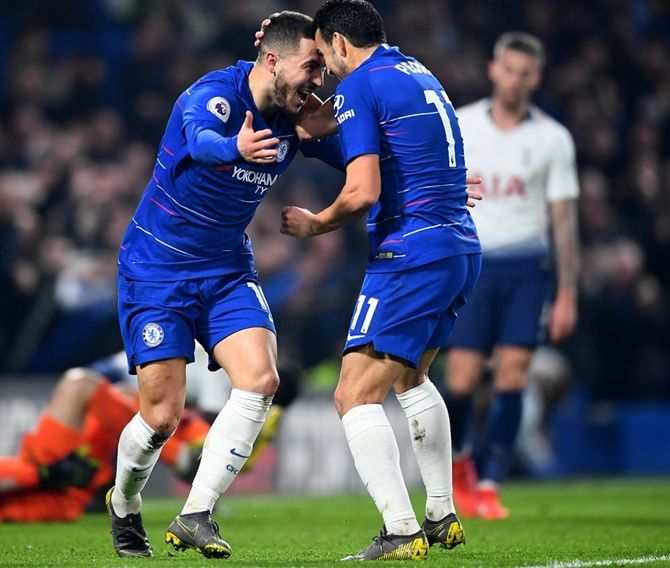 First-half goals from Gonzalo Higuain and Jorginho earned Chelsea a 2-1 win over struggling Fulham in an entertaining southwest London Premier League derby on Sunday but they had to work hard for the points.

On-loan Argentine striker Higuain volleyed home Chelsea's first after a perfectly-timed run on to a 21st-minute cross by Cesar Azpilicueta overlapping with Willian down the right.

It was Parker's first game in charge following the sacking of Claudio Ranieri, a former Chelsea boss, after less than four months in charge.

The jubilation was short-lived. Brazilian Jorginho put Chelsea back in front in the 31st, thumping in a cut-back ball by Eden Hazard from outside the area.

Chelsea's Kepa Arrizabalaga was back in goal after being dropped in midweek over his refusal to be substituted during last Sunday's League Cup final. He had to deal with a swirling wind off the Thames river and make a series of sharp saves from Aleksandar Mitrovic, Tom Cairney, Ryan Sessegnon and Joe Bryan.

Fulham were on top for significant periods of the second half and had a goal disallowed for offside but the result kept them 19th, 10 points from the safety zone while Chelsea stayed sixth but moved to within a point of fifth-placed Arsenal. 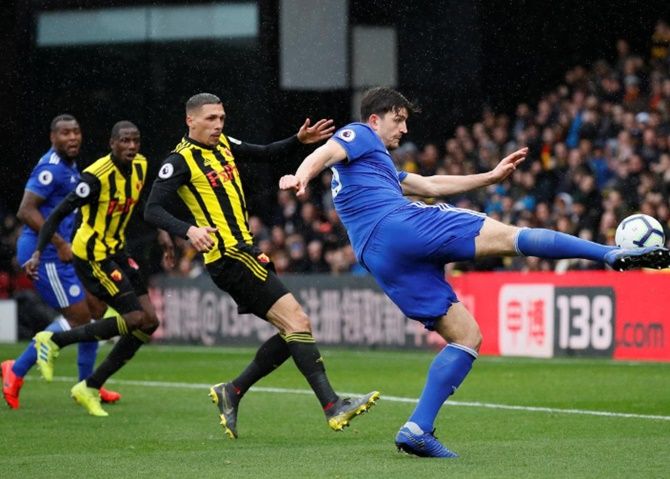 Watford's Andre Gray scored a stoppage-time winner as Leicester City began life under new boss Brendan Rodgers in underwhelming fashion, suffering a 2-1 defeat at his former club in the Premier League on Sunday.

Watford clinched victory in the second minute of added time as Troy Deeney received the ball following a poor goal kick by Leicester keeper Kasper Schmeichel and fed substitute Gray who held his nerve to slide his finish into the net.

Eighth-placed Watford had taken the lead through Deeney in the fifth minute as the striker got his body across Wes Morgan and rose well to head home Gerard Deulofeu's whipped ball from a free kick for his first goal in 10 matches at Vicarage Road.

Leicester responded after the break as Jamie Vardy ran onto a fine through ball from midfielder Youri Tielemens and dinked his finish over Watford goalkeeper Ben Foster in the 75th minute for his 10th league goal of the season.

"Everybody knows how important he is for us because of his professionalism, personality, ambition and character on and off the pitch," Gracia told Sky Sports.

"There are nine games left and we have 43 points... I can feel the ambition of the group and they want more. I prefer to enjoy every game and do my best, it's the best way to enjoy something special at the end."

Despite conceding early, Leicester looked lively as the first half wore on but were unable to convert their good build-up play into clear chances, as Watford comfortably maintained their defensive discipline.

Watford began the second half on the front foot as Deulofeu combined well with Roberto Pereyra to tee up Abdoulaye Doucoure whose curling shot from distance was swatted away by Schmeichel.

Vardy, who endured a heavy collision with Foster earlier in the match, was substituted minutes after scoring as he appeared to suffer a delayed reaction to the knock.

Rodgers was happy with Leicester's display despite the loss. 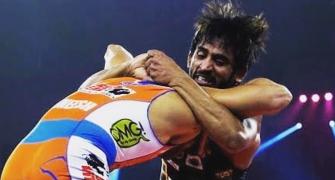 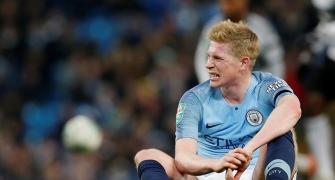 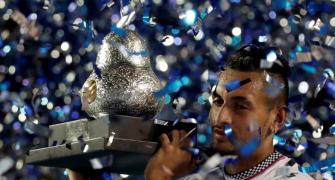 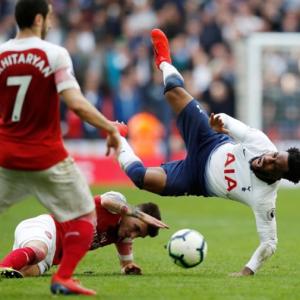 EPL PIX: Spurs held to draw by Arsenal as City go back on top 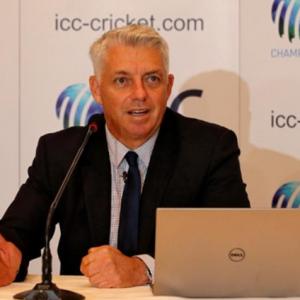