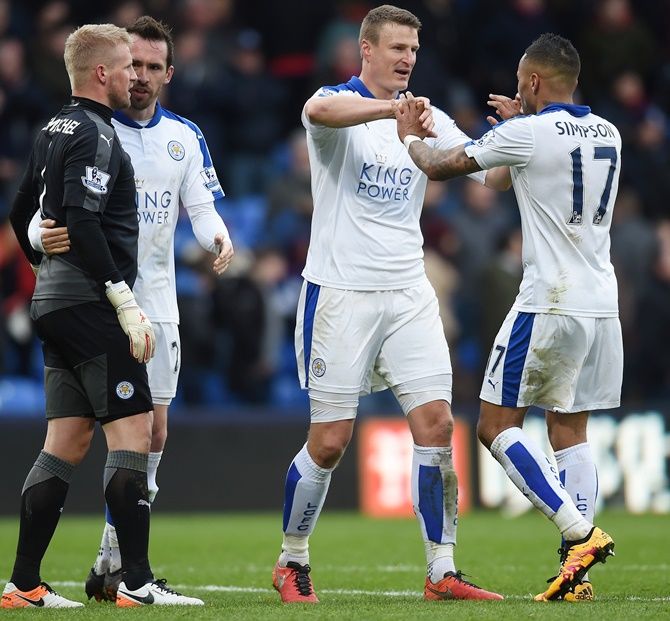 With their rivals desperate for a favour from out-of-form Palace, Leicester ground out a 13th victory by a single goal this season to pile the pressure on their challengers.

They are eight points clear of Tottenham Hotspur, who play Bournemouth on Sunday, with seven games left, and 11 ahead of Arsenal who kept their title hopes alive when goals from Danny Welbeck and Alex Iwobi secured a 2-0 win at Everton. West Ham stayed in fifth place with 50 points, one behind Manchester City who play sixth-placed Manchester United (47) in Sunday's derby.

Chelsea remained unbeaten in the league under interim manager Guus Hiddink but an 11th draw of the season for last season's champions left them 10th. 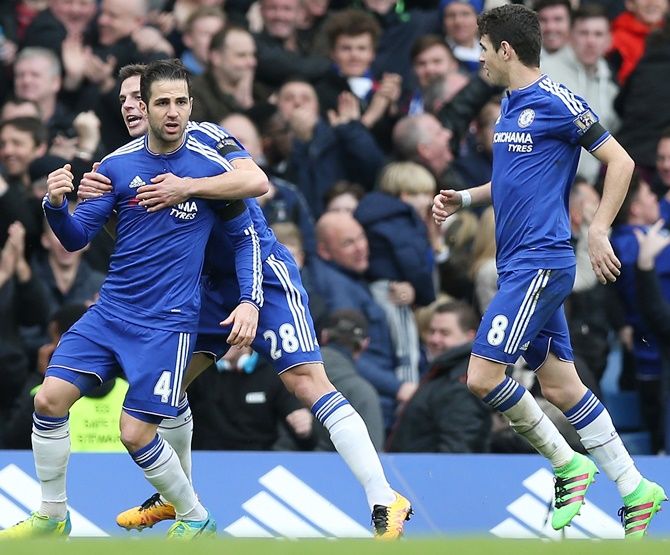 West Ham's charge towards a Champions League spot was halted by a late Cesc Fabregas penalty at Stamford Bridge on Saturday as Chelsea remained unbeaten in the Premier League under interim manager Guus Hiddink.

Slaven Bilic's side were good value for their lead but Fabregas, whose free kick had drawn Chelsea level on the stroke of halftime, converted after Ruben Loftus-Cheek had been brought down by Michail Antonio.

Manuel Lanzini gave West Ham the lead in the 17th minute, tricking Branislav Ivanovic before curling a superb shot into the top corner and Andy Carroll restored their lead on the hour. Carroll had been on the pitch only a couple of minutes when his scuffed shot embarrassed Chelsea keeper Thibaut Courtois. 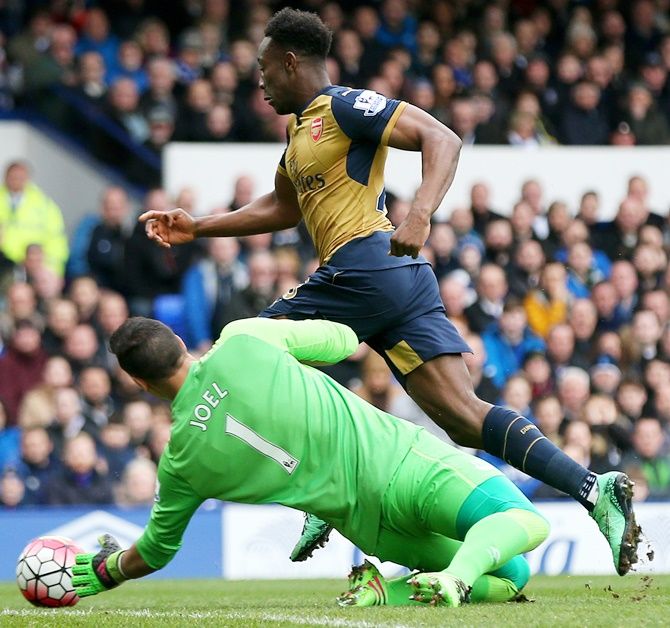 Starting the day in third place, 11 points behind leaders Leicester City, and having suffered FA Cup and Champions League exits in the past week, the pressure was on Arsene Wenger's faltering side.

They responded with one of their best away performances of the season to end a three-game run without a league win.

Welbeck was denied by the woodwork in a lively opening before Alexis Sanchez's defence-splitting pass played him in to round keeper Joel Robles and score after seven minutes.

Arsenal were slick in attack and doubled their lead after 42 minutes when Iwobi, in his first league start, raced through to collect Hector Bellerin's long pass before advancing to beat Robles with a cool finish.

There was a worrying moment for Arsenal in the second half when keeper David Ospina was caught by Romelu Lukaku but he recovered and was hardly tested by a disjointed Everton who were booed off at the final whistle. 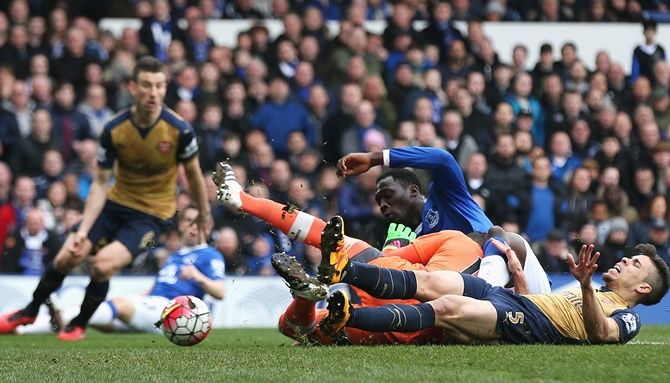 While Arsenal stayed third, three points behind Tottenham Hotspur who play on Sunday, Everton are stuck in mid-table, although they still have an FA Cup semi-final against West Ham United to look forward to.
"It was a very significant win for us and a mental test," Wenger, whose side were knocked out of Europe by Barcelona, told BT Sport.

"I like this group, I like the mental attitude, it has been questioned and it hurts me. When you work every day with them you see how much effort they put in."

Everton manager Roberto Martinez did not hold back when describing his own side's display.

"We didn't really turn up in terms of intensity," the Spaniard said. "I haven't seen us play that badly this season."

Stoke beat Watford to stay in hunt for Europe 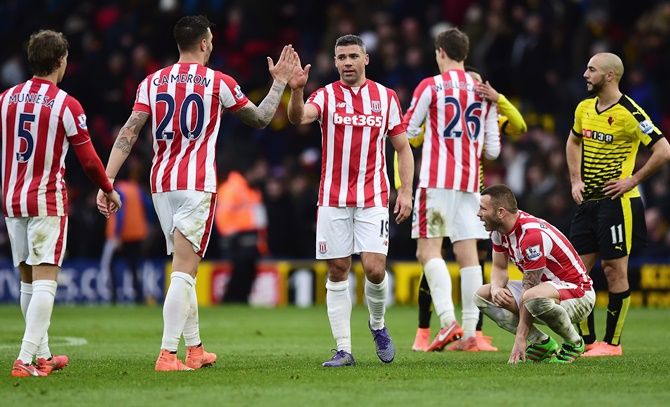 Stoke stayed in the hunt for a Europa League spot with victory against a lacklustre Watford.

Jon Walters put the visitors ahead, finishing off a 13-pass move from close range, and Marko Arnautovic was unlucky to have his effort ruled out for offside as Stoke dominated.

Joselu slotted Stoke's second six minutes after the break after Walters had returned a weak clearance by Watford keeper Heurelho Gomes into the path of the Spaniard. Troy Deeney scored a late consolation for the home side who are virtually assured of staying up.

© Copyright 2021 Reuters Limited. All rights reserved. Republication or redistribution of Reuters content, including by framing or similar means, is expressly prohibited without the prior written consent of Reuters. Reuters shall not be liable for any errors or delays in the content, or for any actions taken in reliance thereon.
Related News: Everton, Arsenal, Danny Welbeck, Alex Iwobi, Joel Robles
COMMENT
Print this article 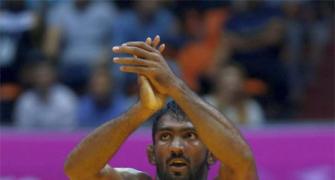 Yogeshwar grapples his way to an Olympic berth 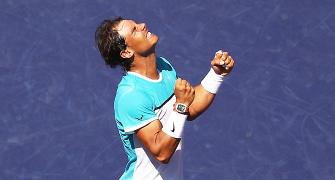 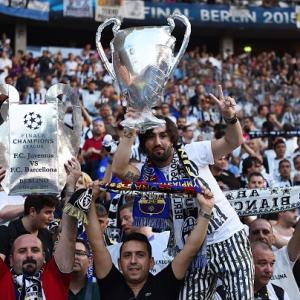 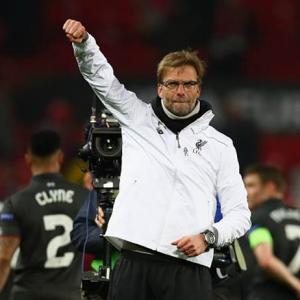