Images from the English Premier League matches played on Sunday: 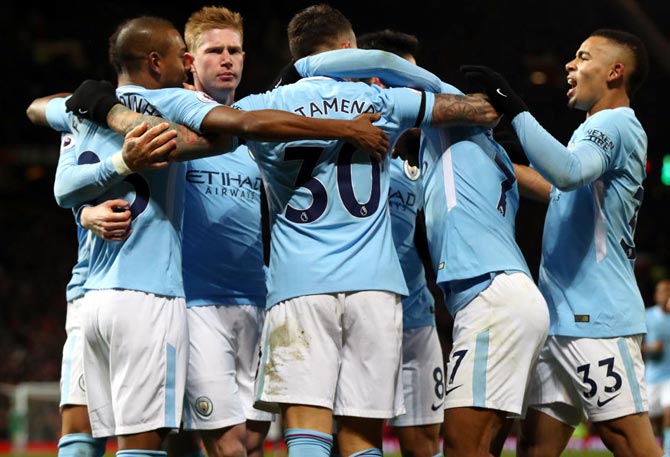 Manchester City moved 11 points clear at the top of the Premier League after a 2-1 win over Manchester United at Old Trafford in their derby clash on Sunday.

City have become the first team to win 14 consecutive English top-flight games in the same season. Their victory ended United’s run of 40 home games unbeaten in all competitions.

City went ahead in the 43rd minute when Romelu Lukaku was unable to clear Kevin De Bruyne’s inswinging corner and the ball fell to David Silva, who was played onside by Ashley Young. The Spaniard gratefully hooked the ball home. 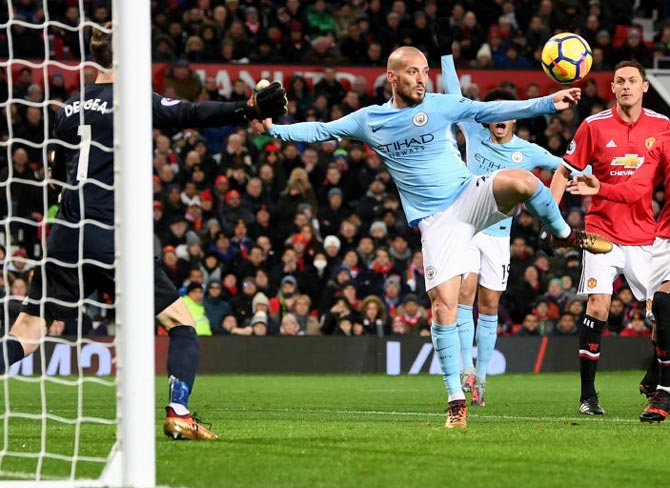 Poor defending at the other end allowed United to get level before the break. Marcos Rojo hit a hopeful diagonal cross into the City box but Nicolas Otamendi misjudged a header, Fabian Delph hesitated and Marcus Rashford pounced on the loose ball and drove low past Ederson.

Nine minutes after the interval, City grabbed the winner when Silva whipped in a free-kick into the box and Lukaku, who had a derby to forget, drove an attempted clearance into the back of team mate Chris Smalling. The ball looped to Otamendi who, making amends for his earlier mistake, showed great athleticism to volley home on the half-turn.

City had keeper Ederson to thank for the three points after he produced a superb double save at close range six minutes from the end to keep out efforts from Lukaku and Juan Mata. 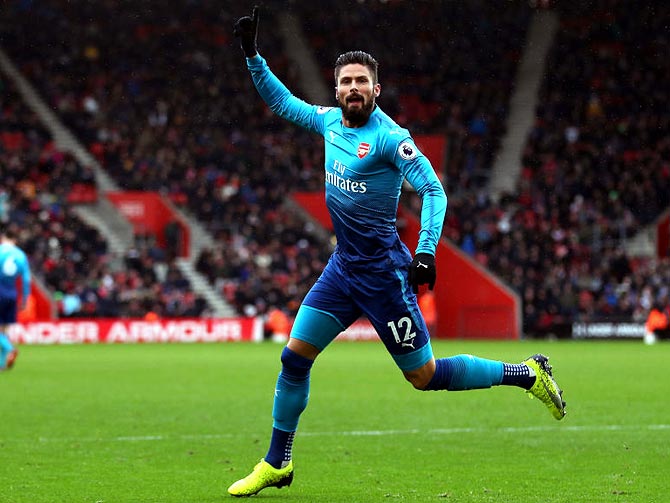 Second-half substitute Olivier Giroud rescued Arsenal with a late equaliser in a 1-1 draw at St Mary's on Sunday after Southampton had looked like holding on for all three points.

The France international, who replaced compatriot Alexandre Lacazette in the 72nd minute of a lively game, scored two minutes from fulltime with a glancing header off an Alexis Sanchez cross.

Southampton had made Arsenal sweat until then with Charlie Austin grabbing a fourth goal from his last three league starts with a third-minute shot past Petr Cech after being fed through by Dusan Tadic.

It was the 17th time Giroud has scored as a substitute for Arsenal, equalling Norwegian Ole Gunnar Solskjaer's record with Manchester United for most goals scored off the bench for a single club.

If the draw remained a lost opportunity for the Gunners, the goal at least staved off a second successive league defeat after a stinging 3-1 loss to Manchester United at the Emirates last weekend.

"Last week had an influence on today's game," Arsenal manager Arsene Wenger, whose side played in the Europa League on Thursday, told Sky Sports television.

"They wanted to start strong but it took us time to get into the game again," added the manager, who criticised the amount of time-wasting in the match.

"I think he (Giroud) has come back into a very good shape, he's shown that today again. He's mentally extremely strong as well. It's a remarkable achievement what he has done again today."

Arsenal moved up to fifth place, behind Liverpool on goal difference, but 14 adrift of leaders Manchester City who were playing Manchester United later in the day.

Southampton moved up to 10th, ahead of Huddersfield Town and Everton, who were playing the Merseyside derby at Liverpool.

"We started really well, got the goal. Should have got the second really," said Austin, who had a low shot from the right well saved by Cech minutes after scoring.

"Against Arsenal, you give them one chance and the big man's come on and scored. It's just one of those things...we take away a point from here but we should have taken all three."

Austin also hit the post with another effort in the eighth minute with the Arsenal defence in disarray but the linesman flagging for offside.

Arsenal worked their way back, picking up the tempo as Southampton were forced on the defensive but without giving home goalkeeper Fraser Forster much to worry about.

Southampton were still dangerous against the run of play, however, with Spanish defensive midfielder Oriol Romeu firing in a long-range shot that smacked the crossbar in the 62nd.

Arsenal took off defender Per Mertesacker shortly afterwards, bringing on Danny Welbeck to add firepower, but Southampton could still feel unlucky not to increase their advantage.

Ryan Bertrand had a golden opportunity when he shook off Arsenal defender Laurent Koscielny, but lofted the ball high over Cech, while Austin saw another opportunity trickle past the post.

Rooney scores from the spot as Merseyside derby ends 1-1 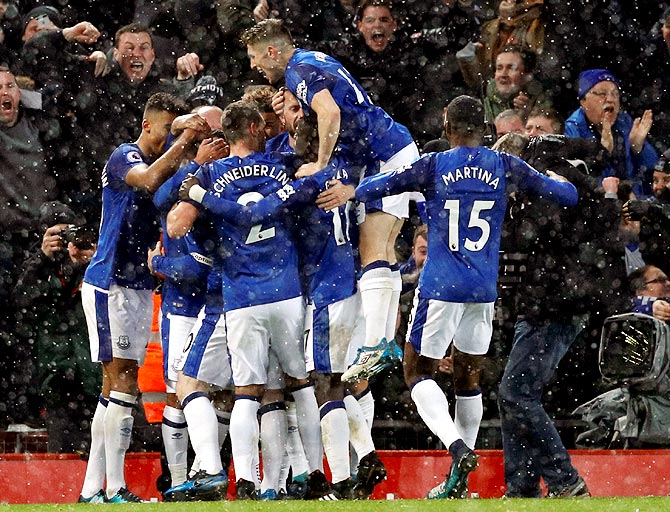 Everton captain Wayne Rooney equalised from the penalty spot in a Merseyside derby that ended 1-1 at Anfield on Sunday and left Liverpool manager Juergen Klopp fuming.

With the snow swirling, Rooney stepped up in the 77th-minute and sent the ball straight down the middle. It was his first goal in a match between two of English football's greatest rivals.

Mohamed Salah earlier fired Liverpool ahead with a 42nd-minute stunner that sent the Egyptian clear of Tottenham Hotspur's England striker Harry Kane as the league's top marksman with 13 goals this season.

Chelsea are third on 32 with Sam Allardyce's Everton moving up to 10th.

While Salah's goal was a breathtaking effort, the penalty left Klopp far from speechless with the German taking issue with the referee's decision after Dejan Lovren was adjudged to have pushed Dominic Calvert-Lewin in the back.

Lovren was still protesting with officials after the final whistle while Klopp argued with a Sky Sports television interviewer.

Asked what he had said to the referee, Klopp replied: "That I don't understand what he's doing. That's what I said. I didn't use one swearing word."

The German, who defended his decision to take off Salah with 22 minutes remaining, refused to accept it had been a penalty and said his side had been the only ones trying to win.

"The other team was not even in our box, I don't know if they had a shot on target apart from the penalty. To give them an open door like this, in my understanding, that's not OK," he added.

Klopp said Lovren had not even made a challenge.

"Calvert-Lewin makes a step...the hand is like this on the back, you saw it," continued the manager. "If you think it is a penalty do it, say it."

When told that it looked a soft one, Klopp laughed out loud. "So, then we can stop the interview because I only want to talk to people that have a little bit of understanding of football."

He later apologised, adding: "There are greater catastrophes on this planet than getting a point after a game like this but it feels not too good."

But the manager's team selection was called into question after he left Brazilians Philippe Coutinho and Roberto Firmino out of the starting lineup. Firmino eventually came on for Salah.

Everton enjoyed only 21 percent of possession in the game while Liverpool midfielder Jordan Henderson completed more passes (60) in the first half -- than all of the visiting players put together.

Allardyce said it was a huge point and had no doubt the penalty call was correct, with the referee "very brave" in his decision.

"Our defensive shape as a team was extremely good today and stopped one of the most fluent, attacking goalscoring sides probably in Europe," said the former England manager.

"Twelve goals in two games they've scored and a brilliant goal today from Salah to get 1-0 up. But I can't honestly say they had too many clear-cut chances after that.

"While we didn't do too much in possession, we completely and utterly shut Liverpool down from an attacking force and waited for what had to be just one opportunity."

© Copyright 2020 Reuters Limited. All rights reserved. Republication or redistribution of Reuters content, including by framing or similar means, is expressly prohibited without the prior written consent of Reuters. Reuters shall not be liable for any errors or delays in the content, or for any actions taken in reliance thereon.
Related News: Arsenal and Liverpool, MANCHESTER CITY, Juergen Klopp, MANCHESTER UNITED, Southampton
SHARE THIS STORYCOMMENT
Print this article 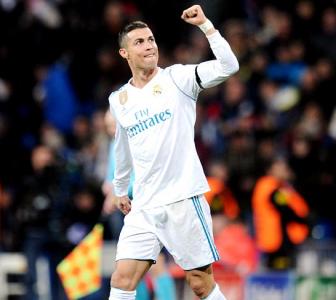 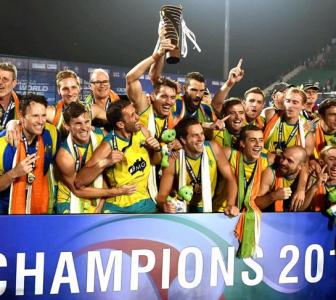 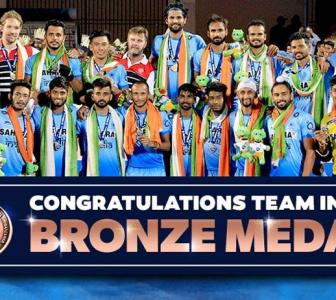 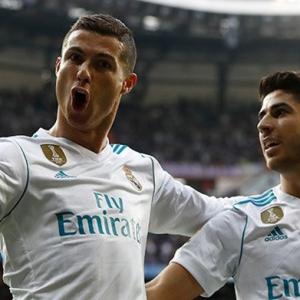 Ronaldo steals the show as Real blow away Sevilla 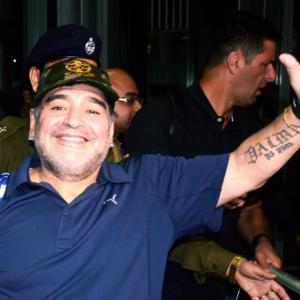